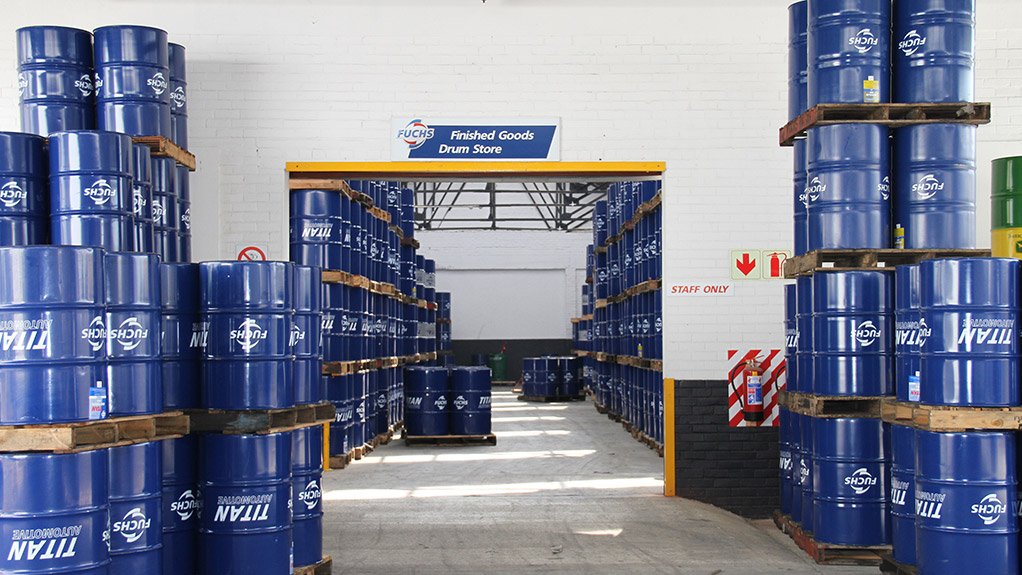 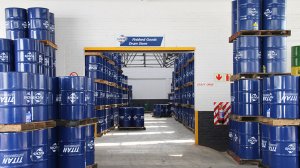 Photo by Fuchs Lubricants
MANUFACTURED FOR DISTRIBUTION After being in the blend vessels for a day, the finished oil product is pumped into drums for storage or into tankers for distribution

The installation of the blend vessels started in November and will be completed this month, he notes, adding that the vessels will help Fuchs Lubricants double its manufacturing capabilities, enabling the company to cater for its expected growth, particularly in terms of original-equipment manufacturers.

“The blend vessels will also help Fuchs Lubricants better service its customers by improving the company’s flexibility, as it will be able to increase not only the speed at which it manufactures oil but also the amount – by up to an additional 90 t per day,” Cowling says.

Base oils are pumped into blend vessels, after which additives are combined and mixed with the base oils according to a specific formula and at a certain temperature to manufacture the desired oil type. After being in the blend vessels for a day, the finished product is pumped into drums for storage or into tankers for distribution.

The blend vessels will be used to produce hydraulic, gear, engine and Group III engine oils, he adds, noting that these synthetic-type engine oils are becoming increasingly popular with customers.

The company currently has several different-sized blending vessels, ranging from 2 t to 18 t.

Meanwhile, Cowling notes that Fuchs Lubricants is planning to install an additional grease plant to manufacture calcium sul- phonate grease. This will enable the company to sell the grease, which is used in new products and technologies such as dragline excavators used in mining applications. Fuchs Lubricants currently has a lithium-based grease plant and several other grease pots at its Isando plant.

Further, the company is expanding its Isando-based plant, having bought a third property, which is located next to the company’s existing two buildings. The new premises has an existing structure that will be renovated to increase office space and a canteen will also be constructed. The company expects the renovations to be completed by the end of the year.

The first expansion project entailed improving office space and the construction of warehousing, both of which were completed in 2011.