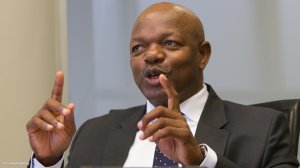 It is also poised to take cutoff grades far lower, which will in turn extend mine life.

The IDC is going all out to support technologies that will enable South Africa to beneficiate far more effectively, but more importantly, in a manner that is environment friendly.

The second low-energy technology being promoted is one that uses fines to produce what is being referred to as SupaScrap, a material used to relieve the acute shortage of quality ferrous scrap metal.

Securing sufficient scrap metal of the correct quality to ensure the efficient and sustainable operation of numerous electric arc furnaces has been problematic for some time.

Malinga explained that the new consistent and cheaper material is poised not only to solve that problem, but also to lower the cost of steel making in South Africa.

On the ferrochrome front, he revealed that the IDC is working with a company that makes use of offgas to preheat the chrome ahead of its furnace entry, which results in between 25% and 45% less energy being used.

The overall outcome of these initiatives is to improve South Africa's competitiveness.

“We need to be competitive as a country,” said Malinga, who emphasised that the introduction of new technologies in hard-rock gold and platinum mining was also becoming essential and that jobs need not be lost in that  jobs no longer created in mines would be created in the factories that will be manufacturing the equipment needed to ensure that deep level mining did not come to the premature end that continued conventional mining will bring about.