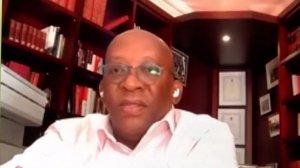 Local manufacturing had the potential to support South Africa's economic recovery, but this required addressing a myriad of challenges, panellists said during a South African Capital Equipment Export Council webinar on September 10.

The webinar was held as part of this year's Electra Mining Africa 2020 Connect virtual event, for which Creamer Media’s Engineering News & Mining Weekly is a partner.

CZ Electronics executive chairperson Oupa Magashula said the manufacturing industry had been facing serious challenges prior to the pandemic and that these challenges have since been exacerbated.

He noted that he did not see the local industry returning to 2019 activity levels in the next few months. It would likely take between 18 months and three years before the industry is able return to the "old normal".

He noted that one of the main challenges faced by local business and manufacturers was gaining access to funding, with little appetite from local banks and financial institutions to take risks or place confidence in the capabilities of local manufacturers.

Another challenge noted by Magashula was that of policy formulation. He said that while there were grants and loans available from government, the bureaucratic processes and checklists companies had to adhere to made it very difficult to access these.

Moreover, he indicated that there was a lack of enforcing quality standards, which meant that illicit goods enter the country to the detriment of local manufacturers, who were unable to compete.

He also highlighted the high cost of doing business in the country for local manufacturers, which disadvantages them when competing with imported goods.

Meanwhile, Multotec Process Engineering CEO Thomas Holtz said deindustrialisation, which has occurred not just in South Africa but also in other countries around the word, was a challenge for any economy.

He noted that deindustrialisation contributed to lower employment in a number of ways.

Speaking from a defence perspective, Specialised Mechanical Engineering executive director Benny Jiyane reiterated Magashula’s views on access to funding, with the defence sector also struggling in this regard.

He also indicated that the sector was hindered by a lack of clear-cut policy from the Defence Ministry and government.

He said the sector had been deteriorating over the last few years owing to this policy issue, which had seen many businesses either close or look to other markets, which meant that the country loses skills and expertise.

Moreover, he noted that, without government indicating how much it would spend on and support the industry going forward, it made it difficult for business to enter this market.

Further to tackling these challenges, Department of Trade, Industry and Competition (DTIC) Export Promotion Africa Trade Invest Africa chief director John Rocha emphasised that to boost the country’s manufacturing capabilities, the country and businesses had to look to invest in and enhance their reach in other African countries, through export and establishing distribution centres.

He noted that exporting would be a critical driver for the country’s economic recovery and that the African market would play a key role in this.

Rocha pointed out that the country’s export into Africa increased substantially between 1994 to 2015, but then plateaued, with increases minimal since then.

One of the key issues, he noted, was that there had been a number of new entrants to the African market, which had pushed out South African manufacturers.

He said data showed that there was potential to increase revenue growth from manufacturing activity in Africa, with consumption set to increase substantially on the continent between now and 2025.

However, as other African countries look to increase their manufacturing capabilities to meet this demand, South African business would need to be mindful of policies that limit imports in these countries, and would have to find approaches such as investing in value-added manufacturing, for example.

Moreover, he noted that the country would need to be positioned to take advantage of increase demand from these countries, with many other players who will be looking to capitalise as well, especially with the implementation of the African Continental Free Trade Area agreement.

Therefore, he said, the country required a new approach, with the government and the private sector working together to identify target markets and countries that it can supply manufactured goods to; as well as seeking bilateral agreements with countries in African to increase trade.