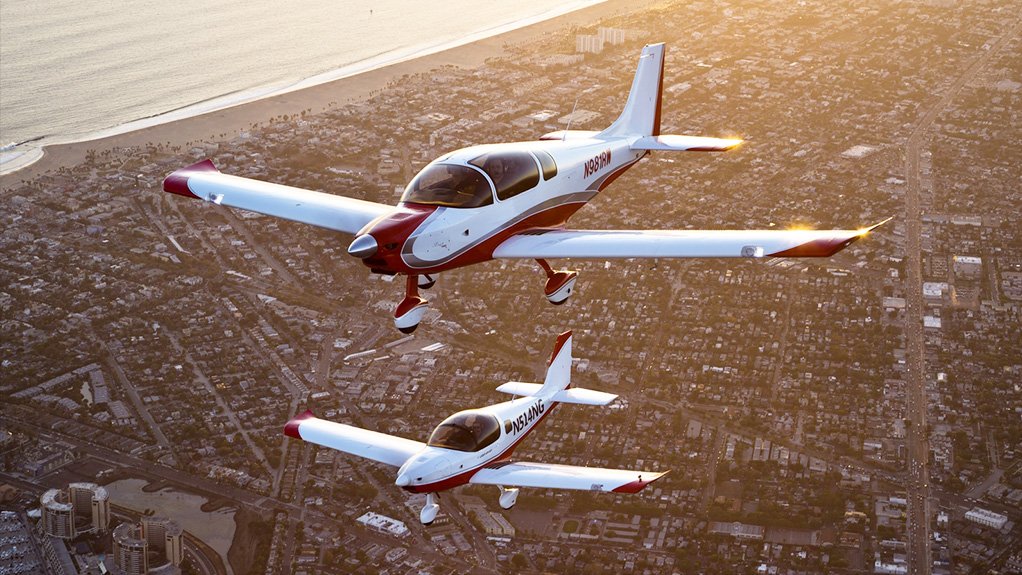 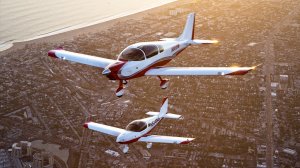 TAKING FLIGHT The new certified aeroplane will be suitable for use in flying schools, recreation and other limited commercial purposes throughout the world

Light-aircraft manufacturer The Airplane Factory has signed a joint venture (JV) agreement with Belgium-based aerospace company Sonaca to develop and produce a certified new-generation training aeroplane for global use.

The companies signed the JV agreement at the end of July, The Airplane Factory director James Pitman tells Engineering News.

Key features of the aircraft will include ease of maintenance, superior flight and handling qualities, a robust structure, reliability and fuel efficiency, as it uses unleaded car fuel rather than high-octane avgas.

“This new certified aeroplane will be formally recognised under the International Civil Aviation Organisation conventions, and will be suitable for use in flying schools, recreation and other limited commercial purposes throughout the world,” Pitman points out. The Sling 2 is currently priced at between R1.2-million and R1.6-million, has a wingspan of 9.165 m and weighs 380 kg. It produces 73.5 kW of continuous power at 5 500 rpm and 84.5 kW at 5 800 rpm for a maximum of five minutes.

The Airplane Factory punches and routes aluminium to form the aircraft frame and parts, while composite components, upholstery and Perspex canopies are fabricated in-house. The company also paints the aircraft according to customer specifications.

The company’s key role will entail the complete development of the prototype aircraft. This includes basic engineering and the draft design drawings of the aircraft on three-dimensional, computer-aided design programme SolidWorks, as well as the fabrication and testing of these components.

Airplane Factory will also fabricate the prototype aircraft and conduct all test flights. Following the initial flight tests, the company will effect revisions, fabricate revised parts, and install and test the aeroplane again before it is sent to Belgium.

Sonaca will certify the aircraft according to European Aviation Safety Agency (EASA) standards, which are recognised by the International Civil Aviation Organisation.

Once the aircraft has been certified, The Airplane Factory aims to locally manufacture and fabricate the bulk of the aircraft components, says Pitman, adding that the company expects to do marginal subassembly of the aircraft in South Africa. Final assembly will take place in Belgium, at Sonaca’s EASA-approved facility.

Sonaca will also certify the aeroplane with the US Federal Aviation Administration in due course and, subsequently, with other administrations worldwide.

Pitman stresses that The Airplane Factory, being based in South Africa, enjoys some significant advantages when it comes to aeroplane production. These include more competitive labour pricing and cheap-to-rent manufacturing premises, as well as, historically, the regulatory f reedom to innovate.

“Moreover, the Belgium facility is a developed, world-class manufacturing venue, and Sonaca has an established aerospace reputation,” he says, adding that South Africa can draw on Sonaca’s expertise and reputational standing.

Tractable Opportunity While Pitman highlights the potential vibrancy of the local aerospace industry, he acknowledges several challenges, including regulatory challenges in particular.

He, therefore, warns that, unless there is a change of attitude in the regulator, he foresees that most of the current and future aerospace opportunities will become nonexploitable and, therefore, lost.

Nevertheless, Pitman highlights a substantial current demand for light aircraft, particularly for training purposes. “Most pilot training takes place in aircraft designed, and often built, 20 to 30 years ago,” he notes, adding that overseas sales of Sling aircraft have increased substantially over the past two years.

“When we created a business model for an initial 25 to 30 aeroplanes, we were concerned that the South African market might become quickly saturated. However, The Airplane Factory has manufactured and sold more than 180 of its NTCAs in South Africa and about 70 aircraft globally, since 2010,” he says.

According to Pitman, these airplanes are “excellent trainers”, as some of the qualities of the aircraft include robustness, fuel efficiency, safety and easy handling.

Several flight training schools have bought The Airplane Factory’s NTCAs to train pilots from South Africa, the Middle East, China, India and other African countries, including Nigeria, Ghana and Namibia. The Airplane Factory delivered its first two fully built-up planes in December 2010, followed by the delivery of 11 flying planes in 2011 and 33 in 2012. The factory delivered its two-hundredth plane in June 2014.

“The Airplane Factory aims to manufacture 30 to 40 NTCAs next year,” Pitman concludes.