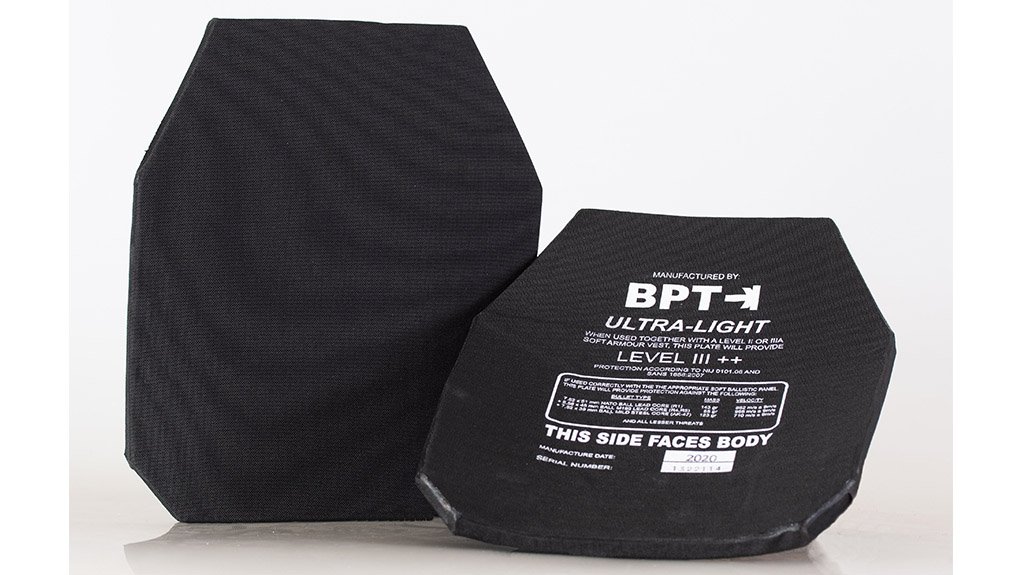 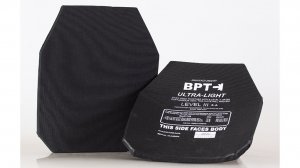 BITING THE BULLET Specifications for body armour should consider the threats mostly encountered in South Africa. This will ensure the correct type of ballistic body armour is used

“There is a lack of independent and trustworthy testing of ballistic products in South Africa. While local entity the South African Bureau of Standards (SABS) used to perform this task, the SABS has not been able to continue testing, owing to the unavailability of certain special ammunition used by criminals,” says Bullet Proofing Technology CEO Deon du Plessis.

Du Plessis mentions that, with body armour manufacturing an ever-developing industry, the new laboratory will enable the company to continually develop newer systems and products and evaluate new materials.

To date, Bullet Proofing Technology has manufactured more than 1.2-million body armour plates globally, and an example of a new product developed this year includes the company’s new multi-curved, ultralight body armour plate, which weighs less than 1 kg and protects the wearer against threats such as Ball bullets fired from handguns, AK-47s, R4s, R5s and R1s.

Du Plessis adds that this ultralight plate competes well with other similar products internationally, and emphasises the importance of the product being produced locally.

“Research and development is a vital facet in Bullet Proofing Technology’s development and growth. This takes investment, in the form of time and money, but our local clients get the advantage of this through better, lighter, more durable, lower-cost and more available products, materials and systems.”

Du Plessis laments that many body armour manufacturers and importers distribute products that do not conform to SANS 1658: 2007, owing to a lack of enforcement regarding the standards for body armour.

All body armour bought by the SAPS, the Department of Correctional Services and the SANDF complies to the SANS 1658:2007 standard, in addition to each entity’s unique requirements.

While these entities comply to this standard, the same cannot be said of body armour being sourced for, and used by, metro traffic police, private security companies and private individuals, he adds.

Du Plessis argues that the lack of enforcing specifications on products bought by these entities could impact negatively on the users.

“It seems that these entities mostly buy on price against a lacking specification or enquiry, and invariably end up with body armour not suitable for the user’s application. It is mostly cheaper to buy body armour that has smaller panels and less protected areas, is heavier and less comfortable, with a lower protection level because of less layers of protective material,” he elaborates.

Further, Du Plessis claims that many Level III Rifle Plates being used in body armour, purchased by entities who do not comply to these standards, do not even provide protection against the most common rifle ammunition in South Africa when fired from a common R4 rifle. This includes 5.56 mm × 45 mm ball ammunition.

As a possible solution to this challenge, he suggests that it would be significantly beneficial for all local users of body armour to collaborate and decide on enforceable standards that are acceptable to manufacturers and users.

Du Plessis stresses that ideal specifications for body armour should consider the threats that are mostly encountered in South Africa. This will ensure that the correct type of ballistic body armour is bought and used.

“To just simply issue body armour is not good enough. It is the responsibility of management on all levels to ensure that it is still possible for the wearer to perform his/her task with the body armour being worn,” he concludes.