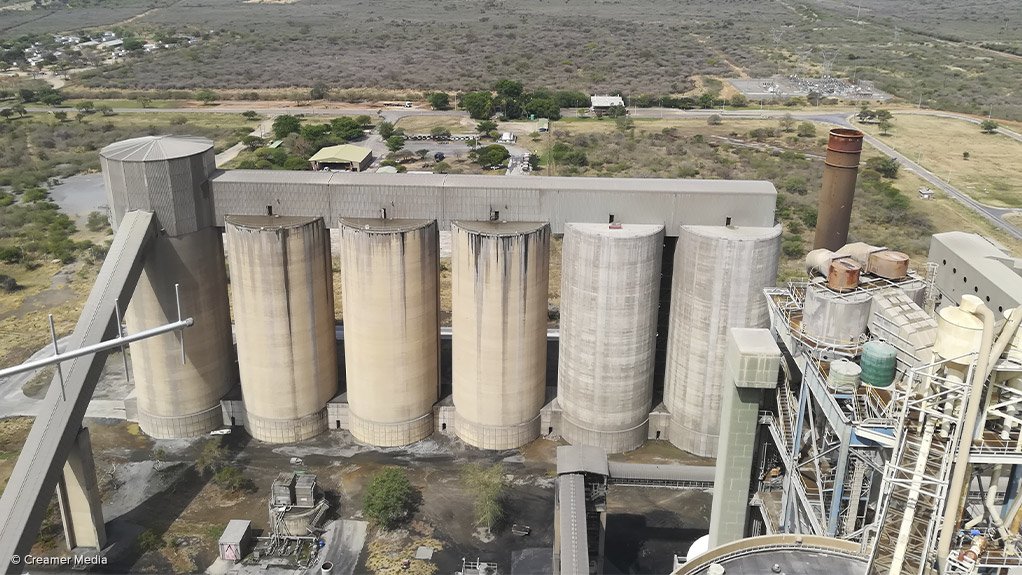 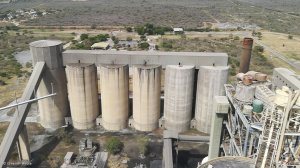 While the quality of imported cement has been improving in recent years, it is usually not in line with the high quality of locally produced cement, the Concrete Institute (TCI) pointed out during a site visit to cement producer PPC’s Dwaalboom plant, in the North West, this week.

TCI reiterated that cheap imports were putting local producers at risk in an industry already contending with an economic downturn and a lack of investor confidence.

TCI acts as an industry body for the cement, concrete and broader construction industry.

MD Bryan Perrie pointed out that the country’s cement sector had the capacity to produce 20-million tonnes a year, but was currently only producing about 13-million tonnes, which meant that about 5-million to 6-million tonnes of capacity was being wasted.

Despite the available capacity, the country still imported about one-million tonnes of cement in 2018. China and Vietnam are the biggest cement exporters to South Africa.

Perrie stressed that TCI members’ cement was of a high quality, with this being controlled by stringent measures contained in the South African Bureau of Standards and National Regulator for Compulsory Specifications, while end-users are given no assurances as to the quality of imported materials.

Owing to the state of the economy, the end-user is opting for cheaper cement, without concern for the environmental or quality repercussions, the TCI pointed out.

He explained that the cost of doing business in South Africa was very high, with local producers bearing the costs of meeting transformation targets, carbon taxes and stringent quality control necessary for producing locally.

Foreign producers did not have to contend with these. This leaves local producers unable to run their plants sustainably and they, therefore, cannot undertake plant upgrades, because the risks are too high.

Perrie indicated that, for the local industry, plant, equipment and property valued at R11.5-billion was at stake.

The domestic cement manufacturing industry comprises 17 plants, employing about 7 000 people. A further 35 000 jobs are dependent on the country’s cement value chain, with skills that are not easily replaceable in the country’s deindustrialising economy.

Further, the industry contributes to community development; provides billions of rands in taxes, including carbon tax; and ensures quality control in the safety of cement products.

Perrie emphasised that if the sector was not equalised, the problem would worsen, and these contributions would not be realised.

The country could be at risk of its cement sector shutting down, ultimately leaving it vulnerable to dependency on foreign imports, which would have significant repercussions, considering the country’s infrastructure backlogs.

TCI members stressed that they were only seeking to level the playing field, and not to stop the imports of cement into the country altogether.

Local producers merely want to ensure that the high cost of local production, owing to environmental and social commitments, can be applied, in some form, to importers, to equalise prices.

As such, the TCI engaged the International Trade Administration Commission (Itac) of South Africa in March to investigate the surge in imports of cement at lower prices; and applied to Itac in August with a request for a safeguard action to ensure the viability of the industry.

Itac has since requested more information, which TCI expects to submit by next week.

If Itac decides the case has merit, it will conduct a formal investigation and may impose import tariffs, which would be subjective depending on the country and producer in question and trade agreements with those countries, besides other criteria.

Perrie explained that, in 2015, Itac provided antidumping relief against Pakistan, which was effectivein curtailing the high level of imports from the country at that point. However, this was then replaced by other countries capitalising on the opportunity to flood the local market with cheap cement.

Secondly, TCI has applied to the Department of Trade, Industry and Competition (DTIC) for designation, which will require each government-led project to buy local cement. TCI has engaged with the DTIC since January, and is currently collating requested data.

Another mitigating action taken by TCI is discussions with regulatory bodies to tighten the regulation of imported cement, to ensure that the quality is compliant.

Unlike other industries, cement plants are typically built on the site of the raw material, to negate the cost and environmental repercussion of transporting the material. These raw material deposits are typically in rural areas, which means that the factory becomes a means of employment and social development for the community.

Attendees stressed the importance of this, given the severity of the problem of underdeveloped rural communities.

This is perhaps no more evidenced than at PPC’s Dwaalboom cement plant, where the site visit afforded the opportunity to see the impact of the plant on the area and the surrounding rural communities.

Leadership from the local taxi association, tribal leaders and community representatives all expressed their gratitude to PPC and its contribution to the region, both from the plant and other social initiatives that the company has undertaken.

Speaking to Engineering News Online on site, PPC MD Njombo Lekula indicated that the company had gone above its social requirements, as it realised the importance of contributing further to transformation.

One of the most notable efforts was the construction of a road from the operation to the town, which has cut travelling time down by more than half. Before, this was a gravel road which resulted in long travelling times, high maintenance costs for taxi operators and employees being unable to travel to work in rainy weather.

However, owing to the state of the industry and the capacity gap, Lekula informed that the plant had been forced to cut back on some parts of its operation, such as the packaging element; and has had to go through a difficult and painful process of retrenching about 90 employees.

He indicated that, should the situation not improve, both in terms of cheap imports and construction demand, cement producers may have to consider closing down operations, which would have “devastating” effects on the communities in which they operate.