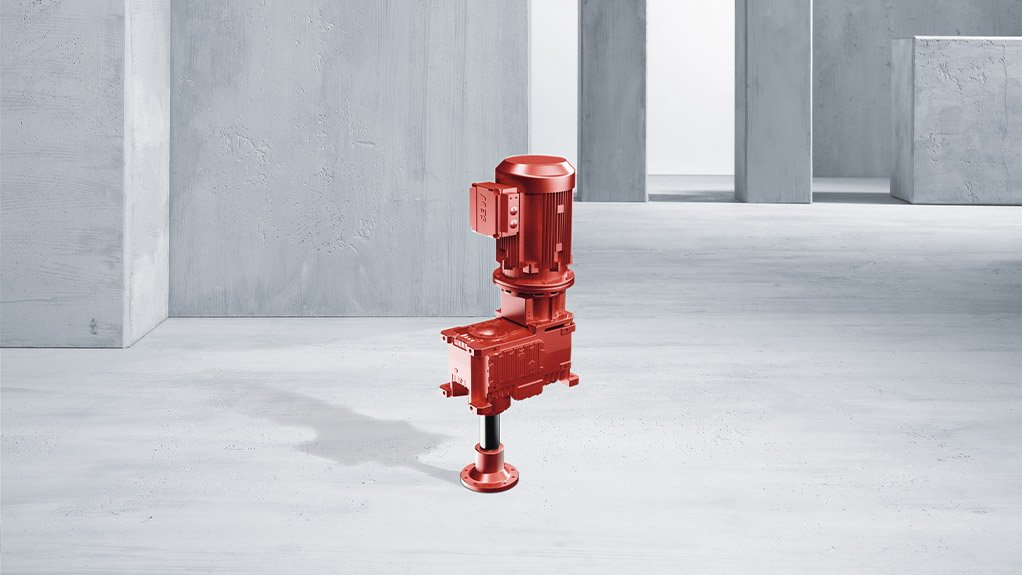 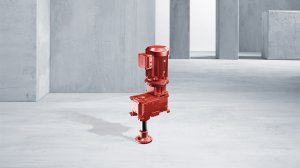 Drive technology supplier SEW-EURODRIVE’s expanded local capability out of its new Aeroton facility will include the assembly of SEW-EURODRIVE’s M-Series Air Cooled Condenser (MACC) air-cooled condenser drives for delivery at a rate of three units a week, slashing current lead times from overseas original-equipment manufacturer (OEMs) by about 36 weeks.

“This was followed by a further 24 units, which have now been installed at a utility station in Limpopo – these Size09 MACC drives are the largest ever built by SEW-EURODRIVE.”

The units were assembled in SEW-EURODRIVE’s factory in Nelspruit, but a new assembly line is now being built in Johannesburg to take production capacity to the next level.

“An ACC fan works in the same way as any cooling fan, but in power stations and industrial condensing systems, they need to generate huge air flows to efficiently condense exhaust steam from turbines. Our MACC drives adopt a modular design concept and gearing technology with specific optimisations to make them better suited to these applications,” McKey explains.

Highlighting key innovations, he says a stiffer case with built-in cooling veins has been developed for improved cooling.

“Our internal extended bearing distance (EBD) system has also been incorporated, which better enables the gearbox bearings to accommodate the high axial and radial forces transferred through the fan and the drive shaft,” he explains, adding that an optional dry-well is also included to better prevent oil leakage at the output shaft, while still allowing standard mounting dynamics to be used.

With the EBD and the stiffer casing, SEW-EURODRIVE’s MACCs offer larger service factors, can handle higher loads and the whole drive train is stronger and more robust.

“We have also built-in a maintenance brake so that when servicing is required, wind from the outside can be prevented from turning the fan and the main shaft, reducing safety risks and making the boxes easier to maintainin-situ.

These are compelling reasons for power stations to replace faulty ACCs with SEW-EURODRIVE MACCs.

“To make this easier for plant operators, we build customised adapter plates to enable our design to be easily retrofitted as a direct replacement for any older-generation boxes currently in use. We also customise the output shaft length to perfectly match the ACC infrastructure onsite and to establish the ideal fan position for maximum efficiency,” McKey adds.

Turning attention back to the advantages of local assembly, he says that a single casing with key ratios will be able to accommodate all the different ACC requirements of South Africa’s power stations.

“Our stocking policy is very simple, we will stock a single casing size with multiple components and specific ratios depending on which power station requires the drive,” he points out.

This modular approach will enable the new facility to custom-assemble MACCs to suit any local power station at a rate of two to three units per week.

“We have already ordered the components for the 30 units we intend to hold in stock, and we expect to be assembling units here by September this year. Current typical lead times from overseas OEMs is around 36 weeks, no matter how many boxes are being ordered. Our new local assembly capability gives South and Southern African clients massively reduced lead times for replacement ACC drives,” he says.

With regard to service and repairs, we are already up and running, both here and in Nelspruit. Our new assembly line equipment and test bench is on its way, and these precisely replicate SEW-EURODRIVE’s assembly and testing capability in Finland.

“This is a bold step that demonstrates our commitment to being part of solving South Africa’s power problems. We also expect to attract business from ACC users across the world who may also be experiencing long delays when they find they have to replace an ACC gearbox.

“We at SEW-EURODRIVE are on a mission to localise our modular drive concept for a variety of industrial drive applications so as to best meet local needs and conditions and massively reduce lead times. Local assembly is key to achieving this and, going forward, we hope to be closing the local supply and service loop for all users of our drives,” McKey concludes.