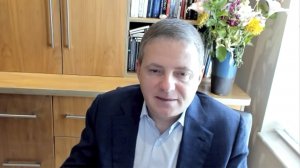 Digital solutions provider Liquid Intelligent Technologies (LIT) has deployed 100 000 km of fibre infrastructure across most of Africa in a milestone that makes it the largest independent fibre network provider in emerging markets globally.

Over the past two decades, the company, which evolved from a satellite firm into the largest fibre network company across Africa, has connected South Africa, Zimbabwe and Zambia, and has moved into East and West Africa.

More than 15 years of building out networks across Africa has culminated into a coming of age of LIT, said group CEO Nic Rudnick during a virtual celebration on June 2.

“Today is the culmination of a long journey and many steps along the way,” he said.

“We started out originally connecting South Africa to Zimbabwe, then connected South Africa to Rwanda and Kenya,” he said, noting that Uganda, Zambia, Tanzania and Botswana were also brought into the ‘One Africa Network’, followed by Ethiopia, Egypt, South Sudan, Chad, Cameroon and Brazzaville.

The network has now moved across into the Democratic Republic of the Congo (DRC), further enabling LIT’s aim of connecting people East to West, coast to coast.

Further, the introduction of cloud services across Africa is now possible owing to the low latency that can be achieved right around the continent and even landlocked countries can “quite comfortably” run some of the most advanced cloud and compute services.

As the company built its extensive fibre network, which was at just 89 989 km at the start of 2021, LIT has now passed 95 000 homes with its fibre-to-the-X network, boasts over 1 000 points of presence and has over 250 000 enterprise and broadband customers.

The organisation’s fibre infrastructure impacts more than 100-million people across 643 towns and cities on the continent, with a new city or town connected every two weeks.

LIT has also connected Mbuji-Maya, in the DRC, enabling three-million people to gain access to a high-speed fibre network for the first time.

“As we build out across the DRC, this number will increase,” added Rudnick.

This extensive network will create new opportunities by making digital inclusion a reality for businesses and individuals across the continent and ultimately accelerating the ongoing digital transformation in Africa.

Over the years, LIT has been successfully connecting countries through its high-speed connectivity and digital services, he said, citing notable achievements.

Other achievements include the first cross-border link to Juba in South Sudan, the deployment of the first fibre link to the border of Somalia and the first connection from the Lobatse border to Gaborone, in Botswana.

LIT is currently building a link to connect East and West Africa through Goma, in the DRC.

The group is also building a low-cost nationwide network in Nigeria and has recently completed a metropolitan ring in Lagos.

Further, over the past year, LIT reported 1 500 new mobile network operator tower connections, enabling fourth-generation connectivity and in preparation for fifth-generation to start on the continent.