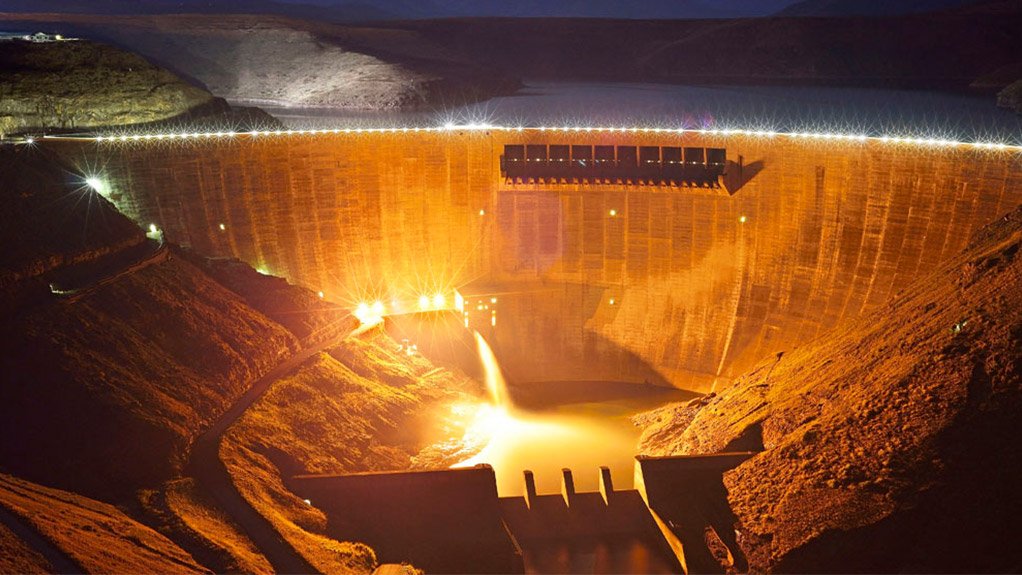 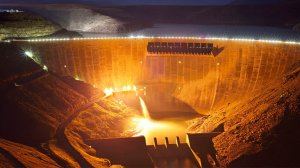 KATSE DAM The Lesotho Highlands Water Project delivers water to South Africa at an average rate of 25 m³/s, or 780-million cubic metres of water a year

Despite allegations by disgruntled Lesotho residents, the country’s water problems are because of the prevailing drought and not as a consequence of the Lesotho Highlands Water Project (LHWP), says Lesotho Highlands Development Authority (LDHA) public relations manager Masilo Phakoe.

He notes that the suggestion that the LHWP – a binational project meant to transfer water from Lesotho to South Africa through a series of interconnecting dams and tunnels – is adversely affecting Lesotho’s available water supply, is flawed and simplistic.

The treaty governing the project, signed in October 1986, specifies the quantity and quality of the water to be delivered to South Africa yearly; therefore, there is no unilateral interference with the delivery of water, Phakoe highlights.

Owing to this, Lesotho is to continue delivering water to South Africa under Phase I of the project at an average rate of 25 m3/s, or 780million cubic metres a year.

“While some took this to mean that Lesotho would have to continue delivering water regardless of environmental factors, such as a national drought, they failed to consider that the LHWP treaty actually provides that bilateral decisions by Lesotho and South Africa could be made to augment the delivery stipulations.”

Moreover, the amount of water transferred through the LHWP under the first phase of the project is equivalent to about 15% of the total amount of surface water available in Lesotho. Phakoe says this leaves plenty of water for domestic consumption, and maintaining the rate of delivery into the Vaal river system will not adversely affect Lesotho or its citizens.

“Further, even when Phase II of the project is complete, and Lesotho increases delivery to 70 m3/s, this will still leave a total of 90 m3/s available for use by Lesotho and other riparian States such as Botswana and Namibia,” he adds.

Lesotho, like most of the Southern African Development Community members, has recorded below-average rainfall, and Phakoe states that figures released by the Lesotho Department of Meteorology indicate that an inadequate amount of precipitation has taken place.

He asserts that it would not be possible to make any conclusive remarks about the impact of the current drought on the LHWP system’s yield, adding that the LHDA and other stakeholders have to wait until the end of year to make such a determination, if any.

He does not discount the severity of the drought, as earlier this month, the Lesotho government declared a national emergency on food shortages this year, owing to the drought. The Lesotho Disaster Management Authority estimates that food security will improve only in 2017, provided that the rainfall pattern improves significantly.

Infrastructure Advisory firm KPMG infrastructure and major projects associate director Antonino Manus agrees that the LHWP has sufficient water for both countries. She notes that the Vaal system, which supplies water to most of South Africa’s interior, is stable, highlighting that South Africa’s water problems are not only drought related but also because of outdated and failing municipal reticulation infrastructure.

Manus comments that, despite reconciliation strategies compiled by the Department of Water and Sanitation – which outline the available water resources in the country, interpret supply- demand analysis and present plans to mitigate water scarcity – or water demand management plans commissioned by local municipalities, infrastructure upgrades are slow to implement.

She notes this is partially owing to inadequate funding, but adds that “one good thing about this crisis is that government and business have been forced to address water infrastructure funding”.

Manus says 37% of South Africa’s water losses are as a result of failing infrastructure, citing some local governments “reactive” asset management structure, where municipalities generally respond to leaks or faulty pipes, rather than performing consistent preventive maintenance based on a proper asset management system.

Although she applauds government’s efforts to address water infrastructure problems by creating programmes such as the War on Leaks, reallocating funds to address insufficiencies and implementing peer review sessions among municipalities and water authorities, she advises that planning accompanied by rapid implementation is necessary.

“Oftentimes, negligible problems are left to escalate and pile up before anyone attempts to address the situation. This needs to change.”

Moreover, Manus believes that a comprehensive study on urbanisation and population growth, and its affects on water demand, should be carried out to form comprehensive water demand management plans, as “government cannot adequately address issues relating to water supply or its associated infrastructural requirements if it does not have a more accurate picture of how much water is needed”.

“We know that infrastructure upgrades are needed and that water quality is deteriorating. We are also aware of the skills shortage problem. “Moreover, we have plans to address these and other issues, but the only problem is sometimes delayed implementation.”