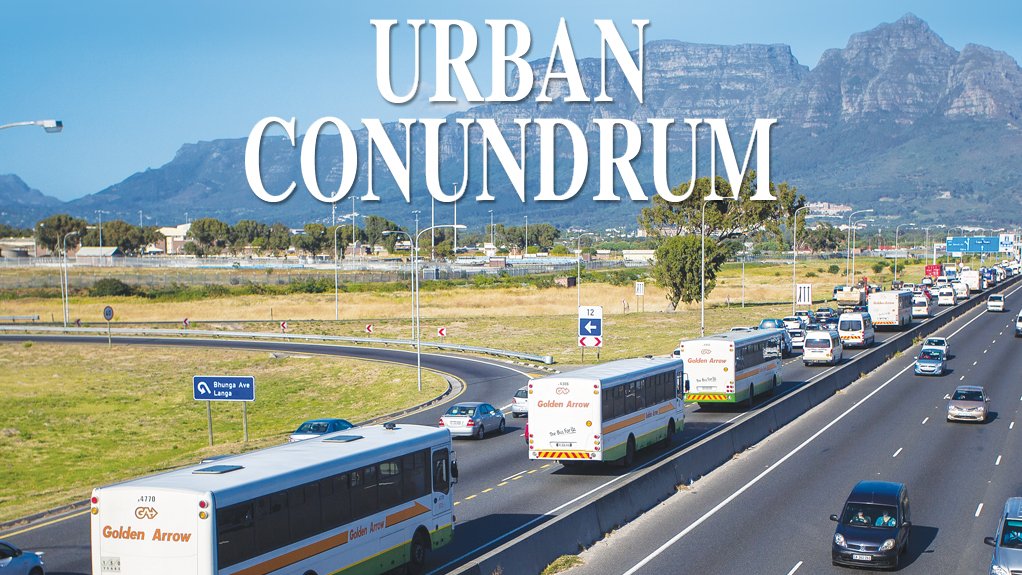 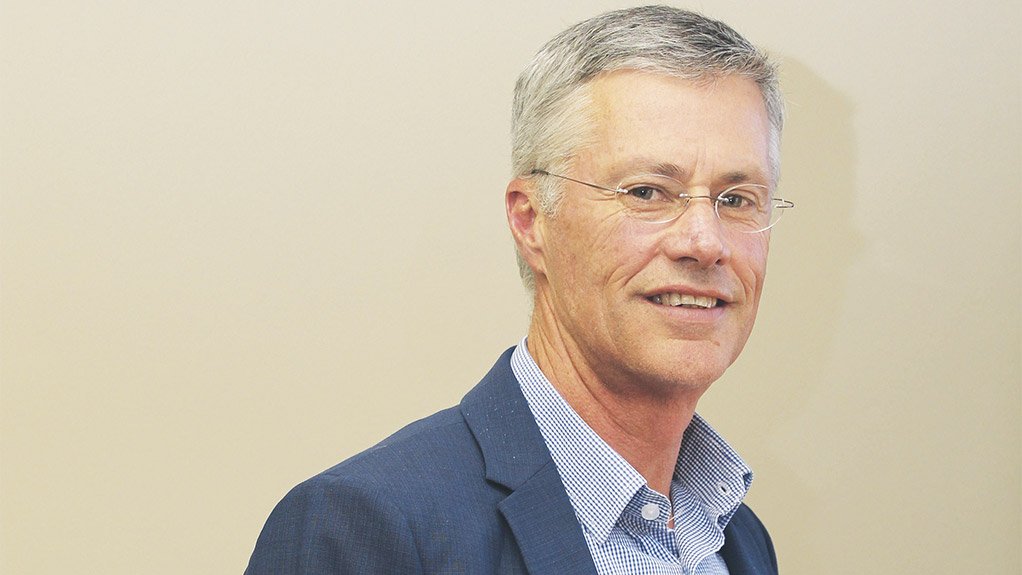 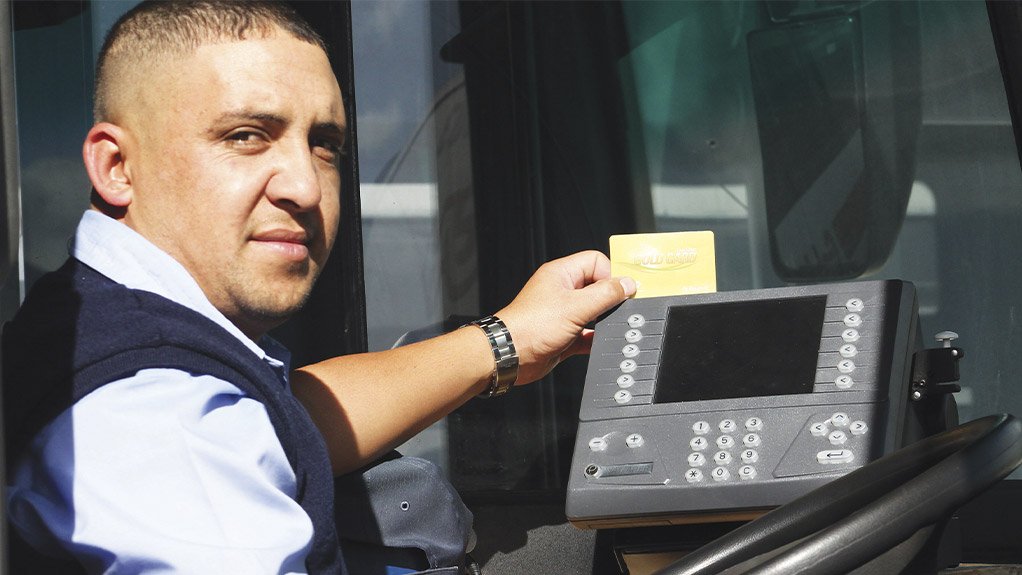 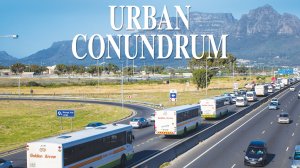 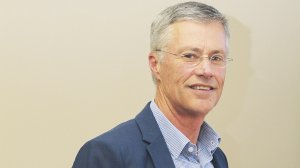 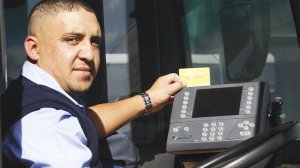 It would probably be fair to say that Golden Arrow Bus Services (GABS) has seen the best and worst the South African transport industry has to offer. The company this year celebrates its 158th birthday, with its roots tracing back through an unbroken chain of acquisitions and mergers to the very first bus service ever operated in Cape Town in 1861.

The idea for a bus company in Cape Town was first put forward by newspaper editor JH Silberbauer in the Cape of Good Hope and Port Natal Shipping and Mercantile Gazette, explains GABS CEO Francois Meyer.

The article, which ran on November 9, 1860, suggested that trams could provide a potential solution for the transport problem in the Cape Town area.

The trams proved to be quite a hit, with 2 500 passengers carried within the first three weeks, over the space of ten daily weekday return trips and five return trips on Sunday.

Today, Cape Town trams are no more, with the service replaced by buses and trains. And, as The Cape Town & Green Point Tramway Company had to face the changeover from trams to buses, it now again faces an electrification and digitalisation revolution, while it also has to contend with the possibility of reduced public transport subsidies.

“Our services extend from Atlantis, in the north, to Somerset West, in the east, and Simons Town, in the south,” notes Meyer.

Golden Arrow operates within the Cape metropole as a scheduled commuter bus service.

Together, GABS and Sibanye operate 1 124 buses during the peak periods.

“Buses scheduled for replacement during 2019 are between 16 and 18 years old.

“The life cycle of a bus is dependent on a number of factors, but buses can, in general, operate in excess of a million kilometres during their life time. New buses cost more than R2-million each.”

Subsidies Each year, the Western Cape Department of Transport and Public Works (DTPW) is allocated a public transport operating grant (PTOG), determined by the Division of Revenue Act (DORA), to contract out the provision of public transport services.

In turn, Golden Arrow is contracted by the DTPW to operate a scheduled commuter service of 4 836 daily trips and about 36-million passenger kilometres a year.

In addition to this, GABS operates four- million passenger kilometres a year without receiving any subsidy.

The national government, recognising the inability of many citizens to meet the true economic cost of daily commuting, allocates these public transport grants, or subsidies, to assist commuters, explains Meyer.

“It’s the commuters, and not the bus company itself, who receive government support via a transport subsidy.

“Bus companies receive no more than they would otherwise have, had the passengers concerned not been eligible for government assistance and had they paid the full economic fare.”

With one-way passenger flow (into town in the morning and back again in the afternoon), long distances covered (from informal settlements into town) and low off-peak demand, bus operators would not be able to continue providing services at the current cost levels without subsidies to make up the shortfall, emphasises Meyer.

Most commuter bus services in South Africa and internationally, operating on government contracts, require operating subsidies in order to adhere to contract specifications to provide services according to approved timetables, to construct depots and to recapitalise and maintain their fleet in a responsible way, he adds.

“It should be noted that Cape Town’s MyCiTi bus rapid transit service receives up to six times the subsidy per bus in comparison to the subsidy allocated to Golden Arrow for the provision of conventional commuter bus services.”

However, each MyCiTi passenger trip is more likely to replace a private vehicle journey than a GABS journey.

Funding Challenges GABS’s primary funding concern is that the DORA allocation to the PTOG does not increase at the same rate as transport inflation does, particularly in terms of personnel and fuel costs.

This has halted the expansion of commuter bus services, despite rapidly increasing urbanisation in the major cities of South Africa, notes Meyer.

“In addition to this, government instituted a moratorium on new bus contracts in 2001, with existing contracts being rolled over in preparation for a new system, which would ostensibly be a negotiated or tendered regime.

“This, however, has not materialised. Subsidised bus operators are governed by interim contracts with unreasonable month-to-month extensions for the past two decades.

“This short-term horizon has made longer-term investment decisions highly problematic and no progress has been forthcoming regarding the new tender regime,” laments Meyer.

Section 41 of the National Land Transport Act does, however, provide a measure of relief for interim contract operators in that it prescribes the integration of such operations by way of negotiations into integrated public transport networks as outlined in the Act, he adds.

“The GABS operating model is in the main predicated upon the ruthless maintenance of efficiencies across the supply chain by optimising fuel consumption and curbing labour costs, both of which collectively constitute more than half of total operating expenses.”

With government having stated its objective to reduce the subsidies provided for public transport operators, GABS, however, faces a fresh challenge.

“If subsidies were to be reduced, fares would, regrettably, have to be increased.”

“As the custodian of public funds, government is obligated to ensure that citizens have access to mobility in order to pursue economic opportunities, engage in social interaction and have access to educational and health services.”

He believes a large section of the urban population is dependent on bus services as a critical public transport mode.

“However, with rising fuel and labour costs, the State has to provide subsidies in order for the vast majority of urban dwellers, trapped by the legacy of skewed apartheid spatial development, to access bus services at a nominal cost.

“Subsidies should, therefore, be increased at levels that are commensurate with rises in the operational costs of bus operators in order to ensure a measure of sustainability of their businesses – which includes fleet replacement and new technologies, and to ensure affordability for poor commuters who have limited mobility options.”

Urban Design Increased subsidies are, however, not the only assistance that could potentially be offered to bus operators.

There are a number of key areas in which local government can assist to optimise bus services, says Meyer.

Apartheid spatial planning and the urban sprawl effect mean many South Africans have to travel long distances to get to work each day.

Transit-orientated development could play a key role going forward, but this is a long-term solution, says Meyer.

“Our buses operate in mixed traffic, which means that congestion affects our services negatively,” he notes.

“Cape Town’s MyCiTi bus service has its own dedicated lane for Phase 1A, which works well, but Golden Arrow’s operations traverse the entire metropole and dedicated lanes on all routes are simply not feasible.”

In terms of municipal owned bus terminals, there is “a dire need for refurbishment”, which would significantly improve the public transport experience for many users, notes Meyer.

A stable political environment would also be of assistance.

“A large percentage of our services are operated in areas where political protests and unrest are a regular occurrence,” says Meyer.

“[Owing] to the size of our vehicles, we are often targeted during unrest. We work closely with the authorities and our own officials on the ground to try to avoid potentially volatile areas.

“We do, however, do everything possible to ensure that our passengers are still able to access our services, including moving our operations to the periphery of volatile areas.”

This is after a memorandum of agreement was signed by the city’s law enforcement department and the bus service to combat the spate of bus attacks that have occurred in recent years.

Tech Revolution Meyer says GABS understands the value of technological innovation and is, therefore, rolling out a number of initiatives to improve operational efficiencies, as well as the passenger experience.

“We are currently rolling out a free Wi-Fi service to all our buses, which will enable passengers to use an entertainment platform and make use of 40 MB of data twice a day,” says Meyer.

“The project has been rolled out to more than half the fleet and we are very excited to see how this can be expanded in future.”

GABS is also looking into the creation of a customised mobile app that would provide its passengers with real-time scheduling information.

“In 2018, we completed the roll-out of our Automated Fare Collection (AFC) system,” adds Meyer.

It is also reconfigurable, should it be decided in future to institute a universal payment system across all modes of public transport.

“The system provides us with operational information that will enable improved asset utilisation and efficiencies,” notes Meyer.

“When combined with business intelligence technology, we can see the company moving into an exciting new era in which data analy- tics will drive our service offerings and allow us to tailor our services to the specific needs of our passengers.”

In terms of the buses themselves, Meyer says GABS would ideally like to reduce their reliance on diesel through the use of green technologies.

“We are looking to test new-technology vehicles in the near future.

“However, the cost, even in the testing phase, remains prohibitive at this stage, with green technology, such as electric buses, costing more than double the price of diesel buses.”

Incentives or funding from government to assist in the testing phase would no doubt improve the speed at which these new technologies are incorporated into the South African market, states Meyer.

“In the interim, we remain dependent on diesel. However, all buses purchased since January last year are fitted with electronics to improve fuel consumption. These include an automatic neutral shift, hill hold and accelerator limiter.”

Looking to Freight, Travel-on-Demand As part of its strategic objectives, GABS’s holding company, HPL&R, is focused on organic growth in commuter bus services, while also pursuing opportunities in the logistics and executive travel market segments.

This is driven by the high demand for bus services in metropolitan Cape Town, which dictates that the commuter bus market has the potential to accommodate up to 3 000 buses, says Meyer.

“This provides opportunities for GABS to significantly extend its service footprint.

“Concurrently, ongoing research and development is being undertaken to tap into the digital travel-on-demand regime, akin to Uber services, [as well as] exploring opportunities in the freight and the broader logistics market as part of the company’s overall strategy to diversify its service offerings in light of possible dwindling subsidy allocations in a constrained fiscal environment.”