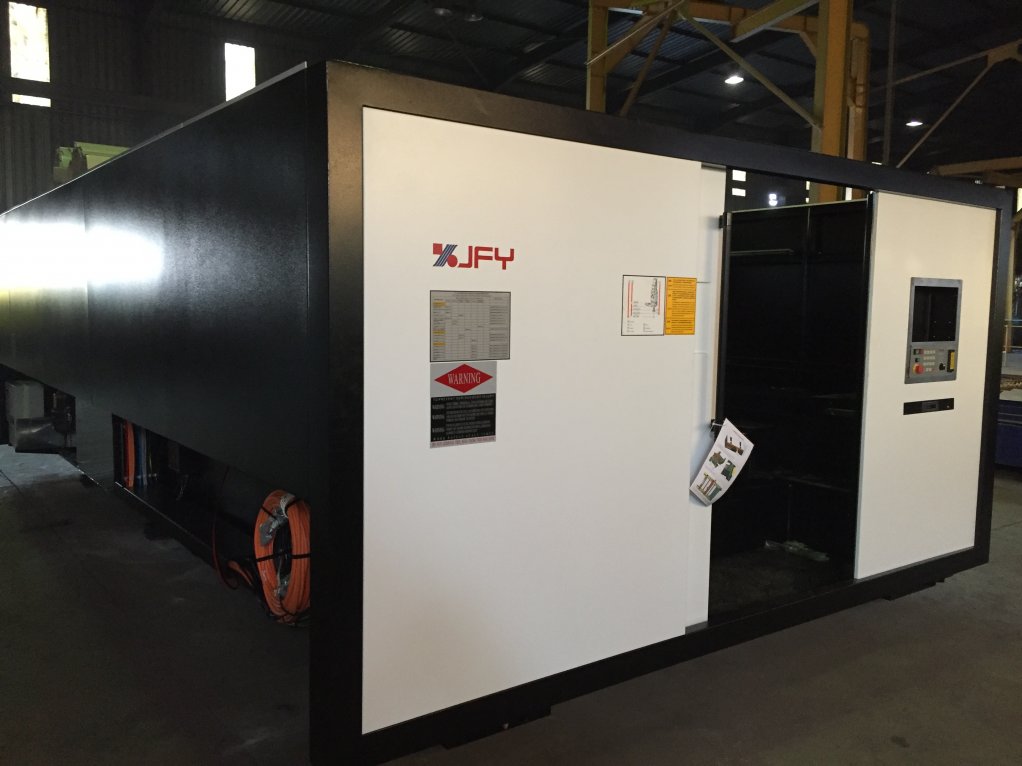 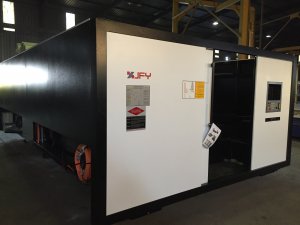 Machine tool supplier Puma Machine Tools completed the supply of its high-end laser profile JinFangYuan (JFY) 4020 machine to a Wadeville metals fabrication company last month. The machine, with a Trumpf TruDisk 3001 laser source, will be used to cut processing plates for the manufacturing of transformer casings.

Technicians on site have completed the installation of the JFY 4020, and the test cuts and final commissioning have also been completed, says Puma Machine Tools sales director Mike Lee.

This was followed by Puma’s training of personnel on how to operate the machine before it was in full production.

“The installation has been a smooth and delay-free process, which was made possible by having the machine with quick delivery time from the factory, good logistics programme for the delivery of the machine, and factory trained Puma Machine Tools technicians being on hand to oversee the project.”

The JFY 4020 is used in two-dimensional sheet and plate-cutting applications, with a thickness up to 22 mm on mild steel and up to 16 mm on stainless steel.  The client selected the JFY 4020 because of its speed and accuracy as well as the back-up service he will receive from Puma Machine Tools.

Puma Machine Tools is the sole distributor for the JFY brand in South Africa, and has sold a number of JFY machines over the past year. JFY is a member of the machine tool manufacturer Trumpf Group from Germany. JFY uses the laser source from Trumpf, namely the TruDisk laser source.

Lee concludes that, although this was a supply first for the company, he hopes it will allow for further business, and supply of the JFY range of machines throughout the industry.