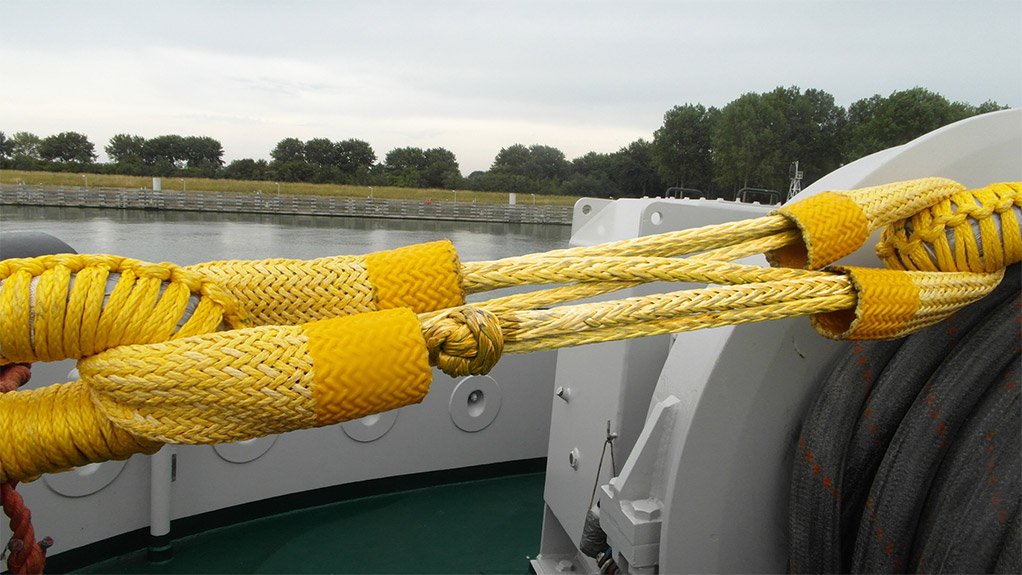 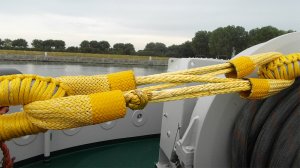 Global wire ropes supplier Lankhorst Ropes launched the Lankonect – which will providing tug operators with a quicker and safer connection during towing – earlier this year.

The Lankonect is a synthetic fibre rope connection for the main tow line that replaces a conventional cow hitch, shackle or similar hardware.

“The Lankonect is a significant breakthrough in the way in which tug operators can now configure their tow line configuration to maximise the tow, yet reduce the risks of costly damage to the line itself,” says Lankhorst Ropes Asia area manager Marcel Vos.

He says the Lankonect connection works with a range of synthetic materials, including lightweight, high strength Dyneema (fibre scientifically engineered to overcome abrasion, bending fatigue, compression, and creep fatigue) and poly- ester and that it offers a greater range of connection options than the traditional tow line configurations.

Vos says the Lankonect installation is quick and simple and needs no heavy hardware. “Moreover, the small Lankonect knot provides smoother line movement, as well as easier handling, compared with a conventional and large bulky knot.”

He explains that the Lankonect enables a new approach to tow line assembly by removing the need for a cow hitch knot or hardware and it also allows tug operators to set a calculated breaking force for the tow line configuration.

Lankhorst Ropes has consistently taken a lead in reducing rope cost of ownership through efficient rope procurement and management, from rope selection and training to online access to certificates, and ultimately rope recycling.

“In the short time that we have been using the Lankonect, the benefits are clearly visible to us. The ease of use and thus indirectly the safety for the crew is striking,” says towage and related marine services company Smit Lamnalco procurement manager Jan Busscher.

Dutch towage and salvage company Multraship superintendent Andries Looijen says, in the past, the company connected the main line and the forerunner with a lashing. “To replace one of these ropes we had to cut the lashing. With the Lankonect this is not necessary anymore.”

Vos highlights that, with the Lankonect, there is a minimal chance of damage to other components, such as the towing bit and winch on board the tugboat or to the ship bollard and the other lines in the towing configuration.

“By allowing a variable calculated breaking force to be set for the tow line – the Lankonect can be either the strongest connection or a calculated weak link in a towing configuration,” he concludes.