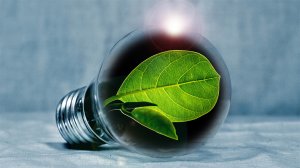 The company will build, commission and operate the plant for an industrial business park developer client in Gauteng.

The project will mark the first under a joint venture (JV) Kibo has with Industrial Green Energy Solutions (IGES). The JV, called Sustineri Energy, is 65% owned by Kibo and 35% by IGES.

Kibo has appointed engineering company Lesedi as the engineering, procurement and construction, as well as the operations and management, contractor.

The plant will provide the client with cleaner electricity by making use of a high-temperature pyrolysis process, where selected non-recyclable plastics will undergo thermal degradation to produce high-quality syngas, which, in turn, will feed gas engines to generate electricity and heat energy.

There is potential to sell the heat energy directly to customers inside the industrial park, as well as to expand the project to 8 MW of installed capacity after 24 to 26 months.

On the initial installed capacity of 2.7 MW, the internal rate of return works out to between 11% and 14% and can generate about R388-million in earnings before taxes, interest, depreciation and amortisation over the life of the project.

The capital cost of the project is expected to be R180-million, with financial close planned for the third quarter. Thereafter, the construction phase will take about 11 to 14 months to complete.

Kibo CEO Louis Coetzee says the company has been doing a fair amount of work on procuring funding for the project and has already received a higher-than-expected level of interest from various institutions, for the provision of project and debt funding at competitive commercial terms.

He believes the funding arrangements can be finalised in an expeditious manner.

He concludes that, by using selected and specific high calorific plastic as fuel feedstock, which can no longer be dumped at landfill sites as per South African law, the project will play an important role and make a significant contribution towards the advancement of clean energy generation.