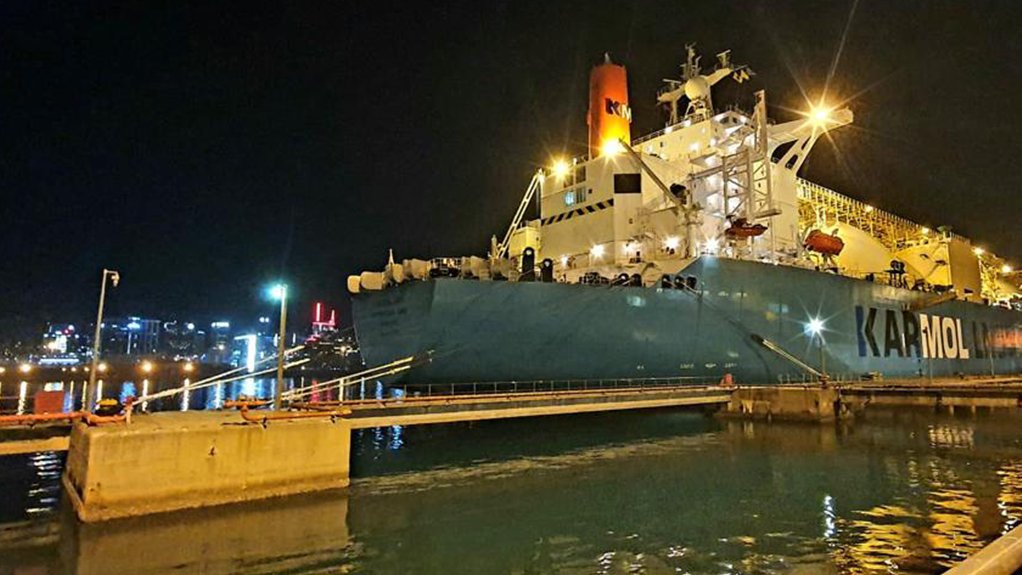 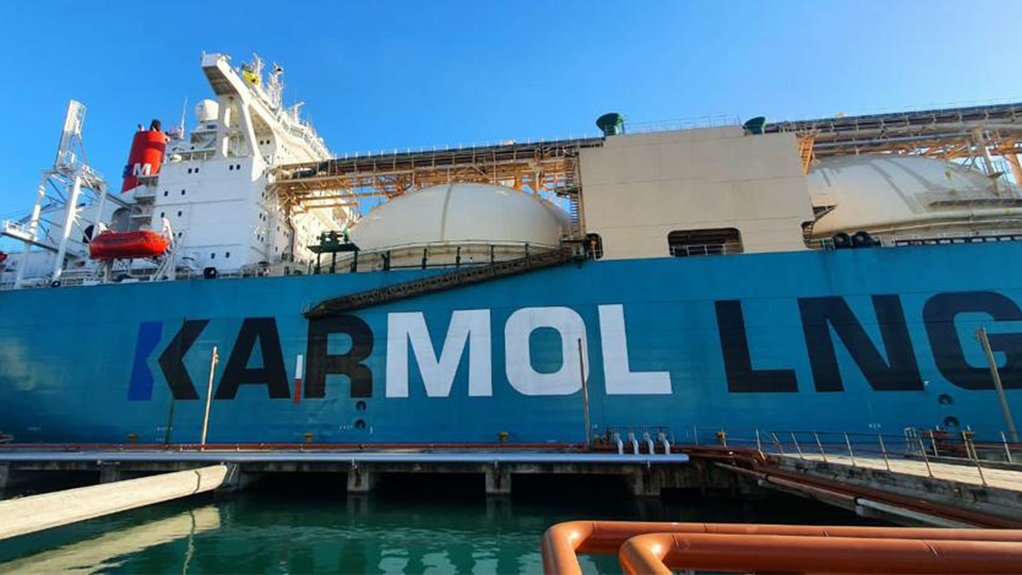 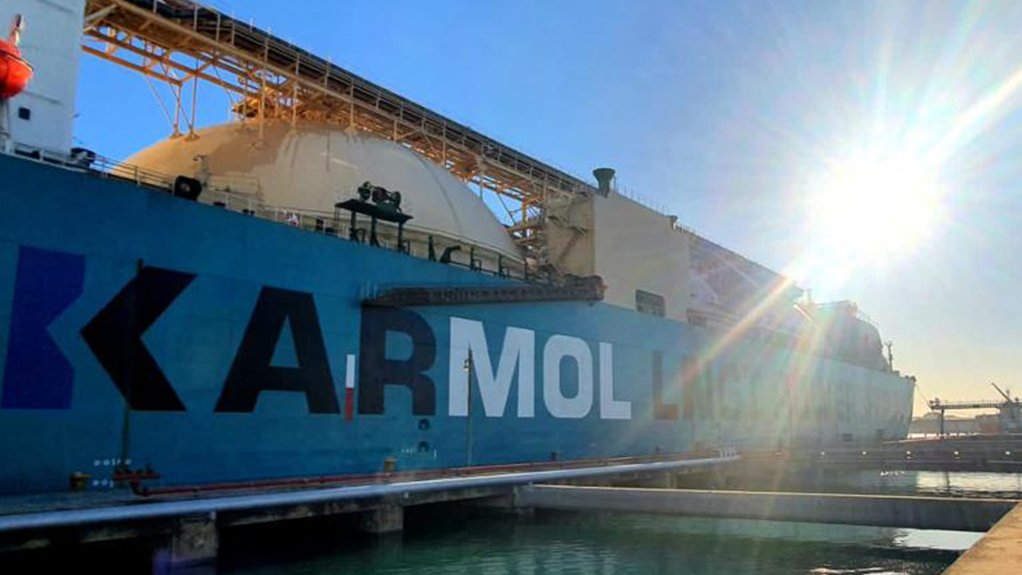 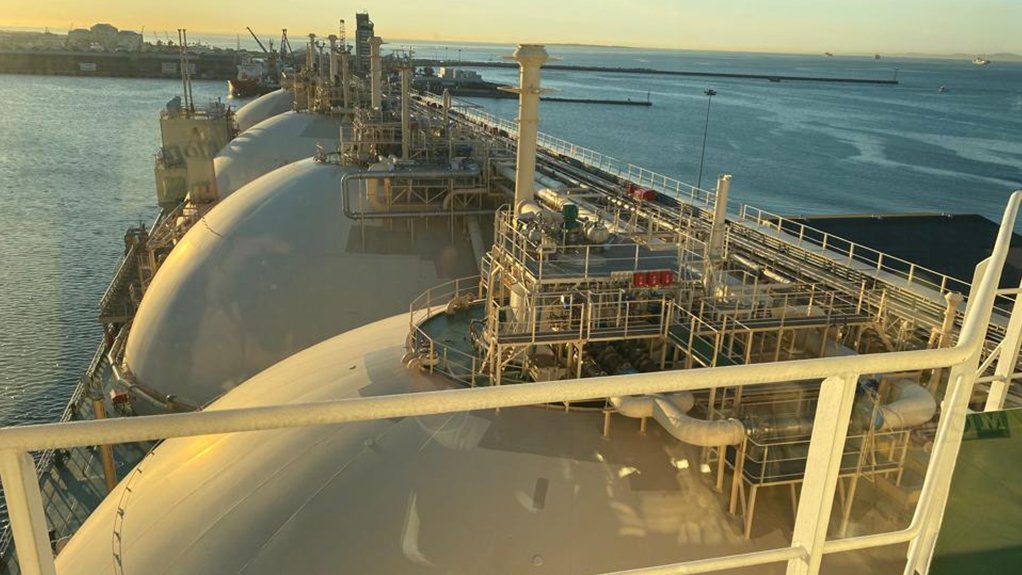 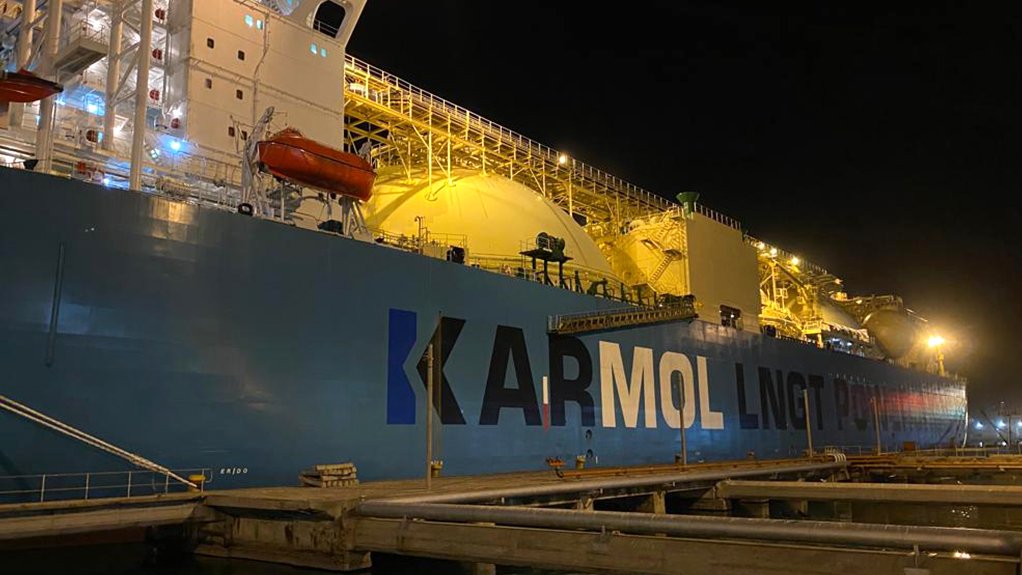 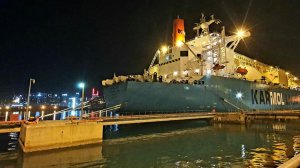 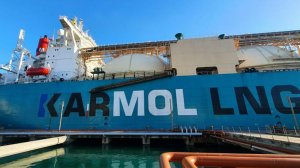 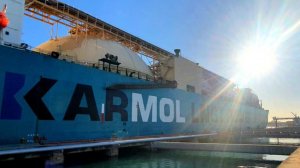 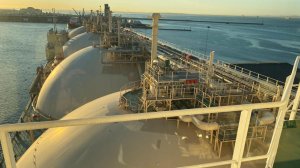 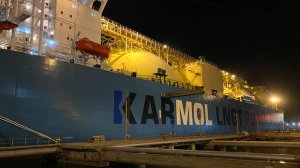 KPS SA plans on docking three of these vessels – one each at Richards Bay, Saldanha Bay and Coega – to generate a combined 1.2 GW of power for South Africa’s grid for a 20-year period.

However, the company has been battling through legal challenges, including environmental controversies, ever since it won bids in March last year to supply two powerships with generation capacity of 450 MW and another with a generation capacity of 320 MW, under the Risk Mitigation Independent Power Producer Procurement Programme (RMIPPPP).

The RMIPPPP itself is also experiencing delays and has been repeatedly postponed owing to “outstanding matters and conditions with Eskom”.

The Department of Mineral Resources and Energy issued a request for proposal for the RMIPPPP in August 2020, before announcing the preferred bidders last year.

In the meantime, KPS SA this week hosted a media tour of the FSRU, highlighting the benefits such a system can provide for the South African market.

The 49% black women-owned KPS SA intends to accelerate South Africa’s transition to cleaner fuels and create job opportunities through the gas economy that its ships will create.

KPS SA corporate relations manager Kurt Morais confirms that at least 70% of its employees will be South Africans, and it will source expertise, products and services locally as far as possible, as well as conduct supplier development programmes.

The visiting vessel, called Karmol LNGT Asia, is a 272-m-long FSRU which holds about 40 days’ worth of power supply, through a tank capacity of 125 000 m3.

Parent company Karpowership business development coordinator John Cockin tells Engineering News the gas-to-power process involves an LNG container supplying the FSRU, which stores gas at minus 163 ˚C, before it regasifies the LNG back to natural gas – when needed – for transfer through a floating pipeline to a powership vessel, which generates electricity and transmits electricity to the transmission network of a country.

Karpowership, through its joint venture with Japan-based Mitsui OSK Lines, called Karmol, has about 70 floating LNG assets traversing the world.

KPS SA plans on tendering for solar power projects in South Africa as well in future.

Should the 1 220 MW, 20-year RMIPPPP deal realise, it will be Karpowership’s single-biggest project globally, and will cost South Africa up to R218-billion over the term.

To illustrate the quick turnaround of the group’s projects, Cockin highlights that its tender submission on October 25 last year, in Brazil, progressed from independent power producer authorisation being granted in November, to the signing of power purchase agreements in November, through to the FRSU arriving onshore in April.

Four powerships generating 560 MW combined will reach Brazil in May.

Brazil awarded Karpowership a contract to generate 560 MW of electricity as a means to supply reliable energy at a time when the country is ramping up renewable energy production.

Cockin points out that Karpowership caters best for exactly that, countries undergoing changes to its energy grid, to enable a clean energy transition. The gas-to-power electricity offsets the intermittency issues brought about by renewable energy, typically wind and solar.

The FSRU and powerships are quick to deploy, since the company has assets on hand, compared with lengthy on-land power station builds that span years.

“LNG is a way to access cheaper fuel without building infrastructure and taking on too much risk,” Cockin affirms, adding that the assets are flexible for redeployment in changing market conditions.