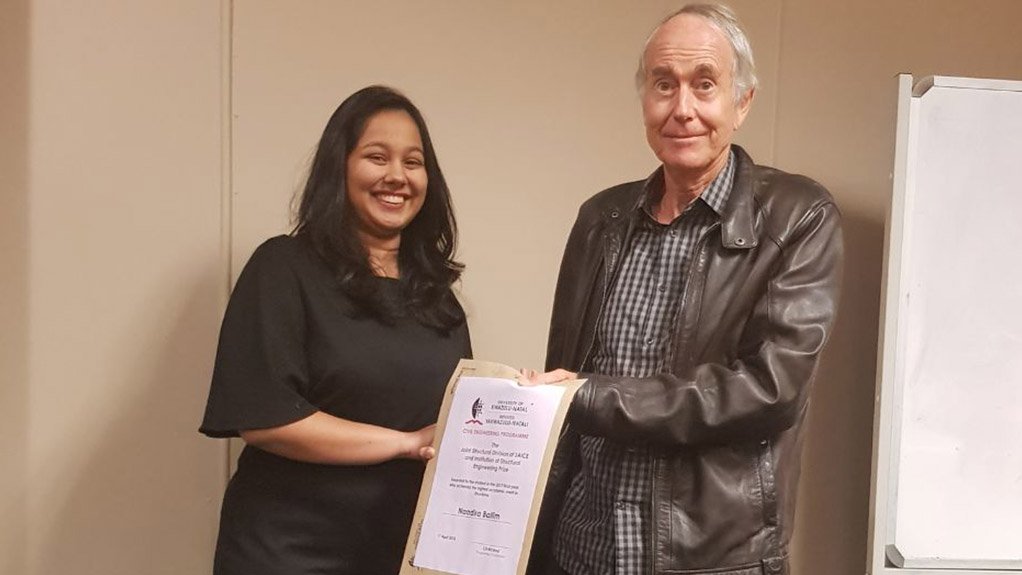 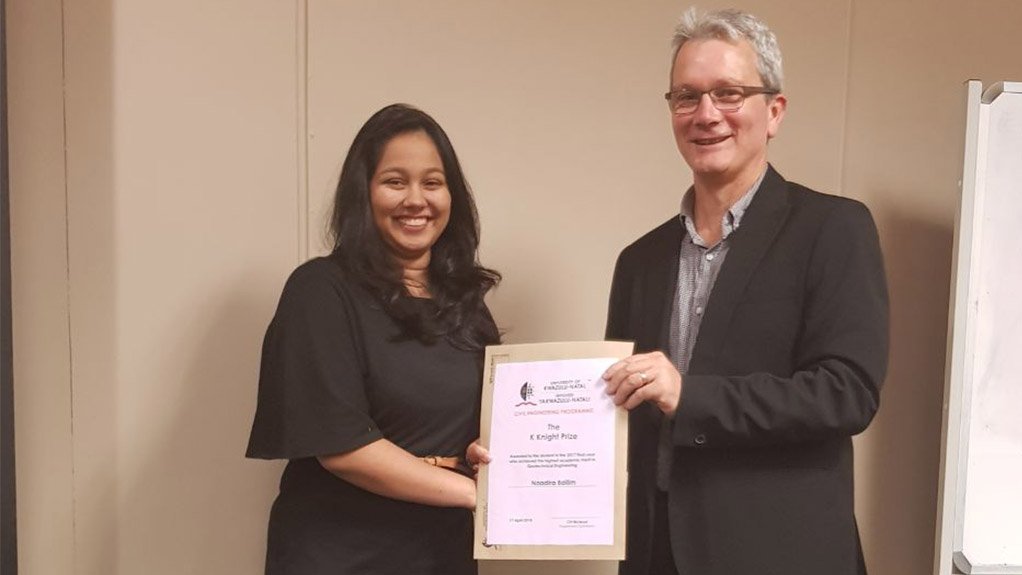 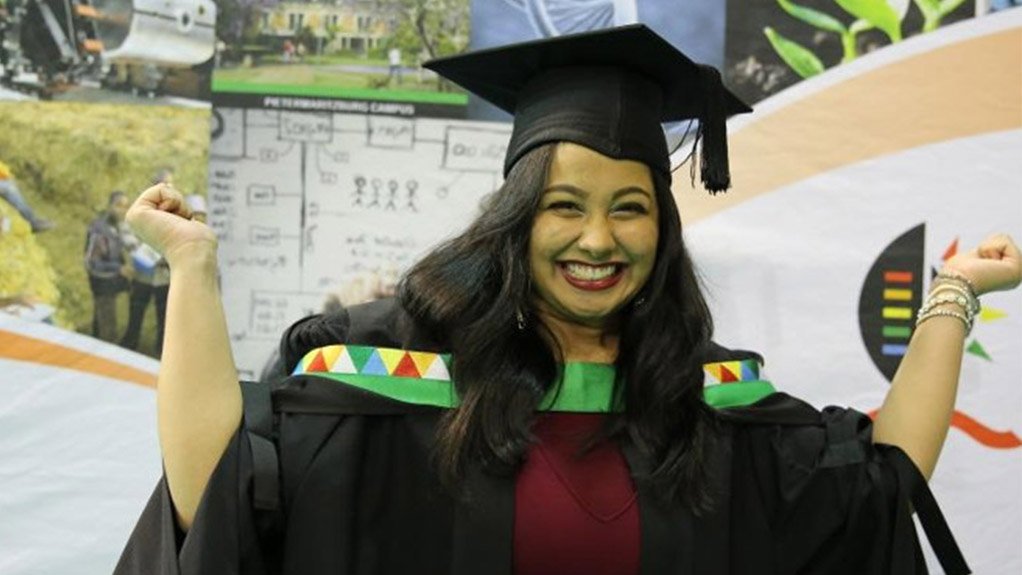 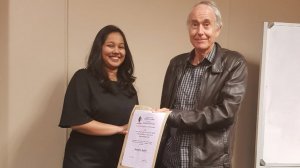 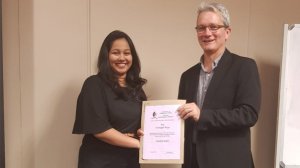 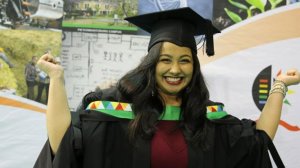 As a JG Afrika bursary student, she spent her vacations working in both the Water and Geotechnical Engineering departments at the firm’s Pietermaritzburg office. Here, she was exposed to basic water-reticulation network design, while also partaking in fixed-asset condition assessments and in-depth analysis of technical data obtained from rock-core samples.

Ballim says that the practical experience that she gained in these disciplines contributed towards her outstanding performance in the final semester, including walking away with three highly prestigious prizes, namely:

K Knight Prize for the Highest Academic Merit in Geotechnical Engineering in the 2017 Final Year; and

JR Daymond Prize for the Highest Academic Merit in Water and Environmental Engineering in the 2017 Final Year – Presented by Guest Speaker Geoff Tooley of eThekwini Municipality).

The training she received in the use of design and CAD software, such as AutoCAD & Civil Designer, was also very beneficial in her final year of study, and she praises the engineering team for always being willing to provide assistance, including for her final year design project.

“Engineering students are taught so many derivations and formulae, but they do not necessarily know how to apply this in practice. I was, therefore, very fortunate to be surrounded by experienced engineers who did not hesitate to mentor and provide assistance. I often found myself bubbling with questions, which were answered with shared knowledge and experiences,” she says.

However, Ballim describes her first day at JG Afrika as “a pleasant surprise”. This is considering that fellow students had told her that work experience would amount to nothing more than reviewing previous projects and that she would only occasionally become involved in staff activities.

Instead, she was immediately welcomed by the close-knit team in Pietermaritzburg and treated as one of the permanent members of staff by also being afforded the opportunity to work on some of the firm’s ongoing projects.

This friendly and supportive environment made learning easier and a pleasure to return to during vacations, when she would experience the high-paced typical life of a civil engineer.

Working to looming deadlines, highlighted the importance of sound organisational and time-management capabilities, while providing ample opportunity to also hone her problem-solving capabilities.

Ballim was also inspired by the team’s unwavering focus on quality, despite working on a number of multi-disciplinary projects at any given point in time, as well as its commitment to sustainable development, also a major focus point of the University of KwaZulu-Natal and a key area of interest for this young engineer.

“‘Green’ engineering was a major focus point at university and as a student I was extremely motivated by the work being done by JG Afrika in this field. I was once again reminded of the important role that engineers play in improving areas, and the positive impact they have on the quality of life of communities – this ability to influence for the better is, after all, exactly why I chose to pursue a career in engineering in the first place,” she concludes.