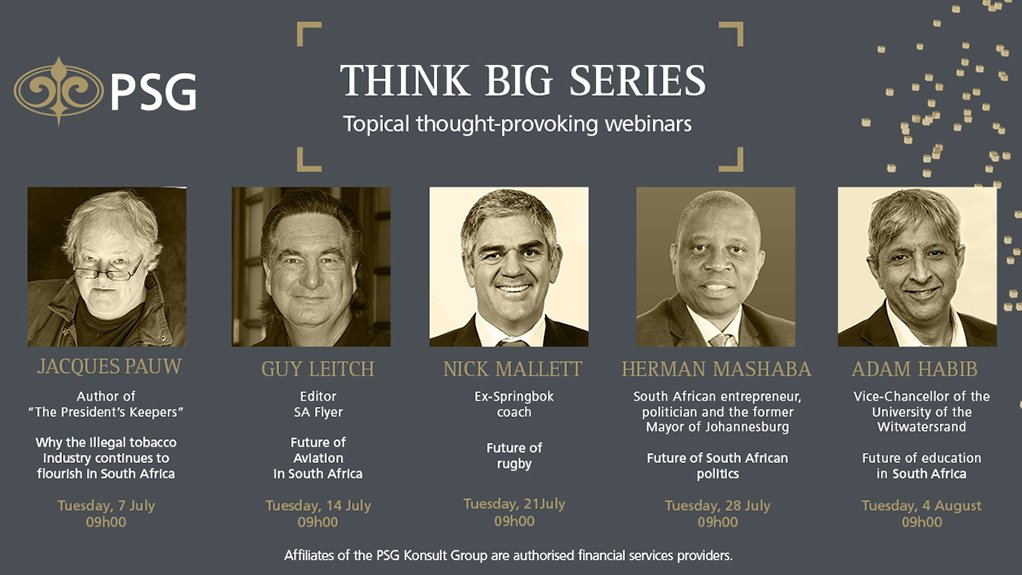 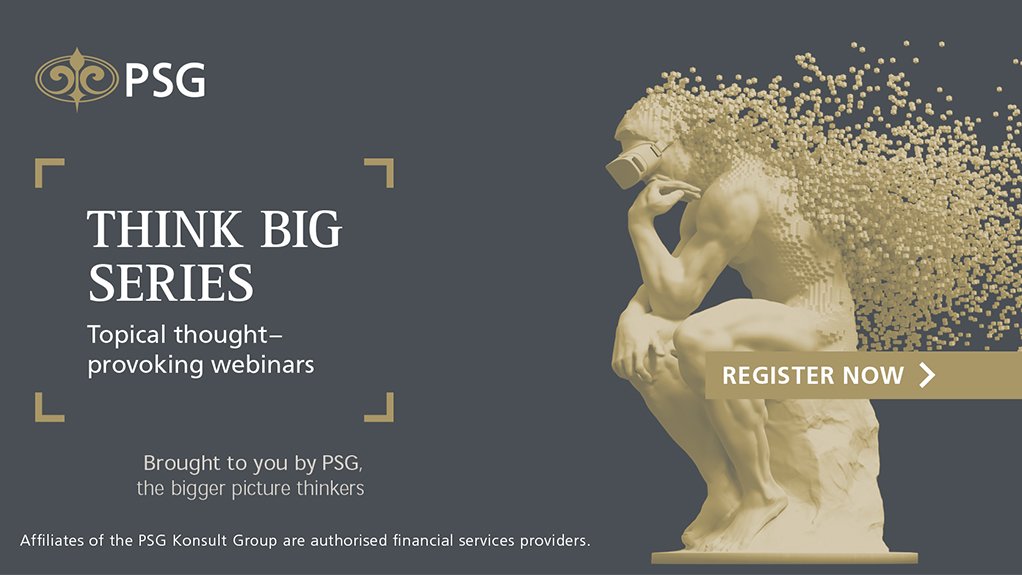 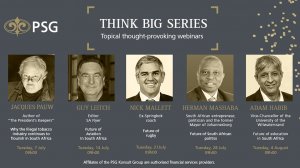 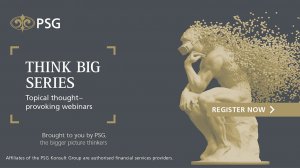 For months now, a novel virus has upended ‘normal’.  South Africans have had to wrestle with uncertainty, struggle to adapt, scramble to adjust, and clamber to create new ways to thrive. They’ve had to focus on the present, navigate the urgent, and figure out the ‘how’.

But now, with the second half of the year underway, it’s time to Think Big, says PSG.  To look beyond the moment, to solve for solutions, and plan for possibilities.

“To do this, requires a clear eye, the right information, and expert advice,” says Tracy Hirst, PSG’s Chief Marketing Officer. “So, we’ve gathered a collection of bigger picture thinkers to help unpack the future. We’ve created a series of unusual dialogues to bring you thought leadership from both thought leaders, and executives from the PSG team.”

The host of the series is Bruce Whitfield, whose award-winning style of journalism allows him to generate fascinating discussions.  “It’s not every day you get one-on-one time with some of the most remarkable people in their fields and get to learn more about them, what they do and why they do it. I feel so privileged to be tapping into some of the country’s sharpest minds and look forward to sharing those conversations with you.”

“Our aim is to empower viewers to formulate their own opinions and manage their expectations on how various aspects of the current situation could unfold.  By providing thought leadership our Think Big series will help viewers to see the bigger picture in crucial areas of concern,” Hirst says.

The series kicks off with Jacques Pauw, investigative journalist and author of The President’s Keepers who takes a closer look at the tobacco industry. Just exactly what is going on, and how is the industry continuing to flourish?  Pauw reveals all sorts of unhealthy detail behind this highly profitable industry.

Next, Guy Leitch, editor of SA Flyer, takes a look at where air travel might be going and what needs to be fixed to get it there.  Always a favourite with the public, ex-Springbok coach Nick Mallett features in the third webinar, discussing the future of rugby in a post-COVID 19 world.

The fourth webinar in the series features Herman Mashaba, who discusses his time as Mayor of Johannesburg and why he decided to step down, as well as his newly-released book The Accidental Mayor and his new political party, The People’s Dialogue.

Finally, in the current line-up (as the August schedule is still to come), Adam Habib, Vice-Chancellor of the University of Johannesburg, joins the series to talk about the role of leadership in mitigating inequalities in higher education.

“We’re delighted that these prominent individuals agreed to engage in conversations about issues close to South African’s hearts and minds,” says Hirst. “We think the Think Big series touches on many important themes and trust the webinars will add value to viewers’ thinking,” Hirst says.

“To date we’ve secured the following speakers and will continue to add to the list. So, check in regularly to ensure you see the bigger picture,” Hirst concludes.