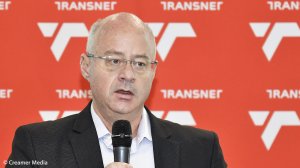 State-owned logistics group Transnet says the investment case for the import of liquefied natural gas (LNG) into South Africa will be completed by year-end and that the solution will be aligned with the anticipated drop-off in gas imports from Mozambique from 2023 onwards.

The study is being undertaken in collaboration with the International Finance Corporation (IFC) and will seek to ensure that existing and future industrial demand is met, along with demand that is expected to arise from the country’s gas-to-power programme, including the conversion of existing diesel generators to gas.

The study is being pursued amid warnings from the Industrial Gas Users Association of Southern Africa (IGUA-SA) that South Africa will begin facing gas shortages from 2023 onwards, when imports from Sasol’s Pande and Temane fields could begin tapering. The IGUA-SA is forecasting a yearly shortfall of 98-million gigajoules from 2025 onwards.

It also comes against the backdrop of a government commitment to develop the Coega Industrial Development Zone, in the Eastern Cape, as a gas-to-power hub – a move that has been questioned by industry, owing to the fact that most of the country’s gas demand and infrastructure is located in the Mpumalanga, the Free State, Gauteng and KwaZulu-Natal provinces.

Commentators have, thus, appealed for the gas import hub to be developed at the Port of Richards Bay, in KwaZulu-Natal, owing to its proximity to an existing pipeline network and industrial offtakers. Alternative import-hub proposals have also being mooted for Maputo, in Mozambique, which is similarly well located with respect to infrastructure and South African load centres.

Transnet chief business development officer Gert de Beer says the group is working through the technical and financial options and that it is confident that a solution can be found in time for meeting “the 2023 challenge”.

“The trick for us as South Africa Inc is to deliver an executable gas strategy that represents the lowest-cost landed molecule price for the users in the economy,” he adds, while stressing that Transnet is also committed to ensuring that government is able to convert the Eastern Cape into a gas hub.

“As Transnet, we have significant assets to contribute to a sustainable, low-cost solution, including the Lilly pipeline and the Durban-to-Johannesburg pipeline, which could be repurposed for gas.”

De Beer argues that, until the detailed technical, financial and regulatory studies are complete, the debate over the best location for the import hub remains “academic”.

“It’s not just about Coega and Richards Bay it’s actually a regional gas strategy that is falling into place rapidly.”

Transnet and the IFC are also engaging with global gas suppliers on the evolving technologies and solutions available, as well as their views on the supply options for South Africa.

Likewise it is working with the Department of Mineral Resources and Energy, as well as the Central Energy Fund on how to leverage South Africa’s existing assets and capabilities to support a sustainable LNG import solution.

“We are aware of the 2023 alert that Sasol has put out and we are working with Sasol to work out, how to sort out their own demand for gas  . . . as well as the demand of the customers they are currently supplying.”