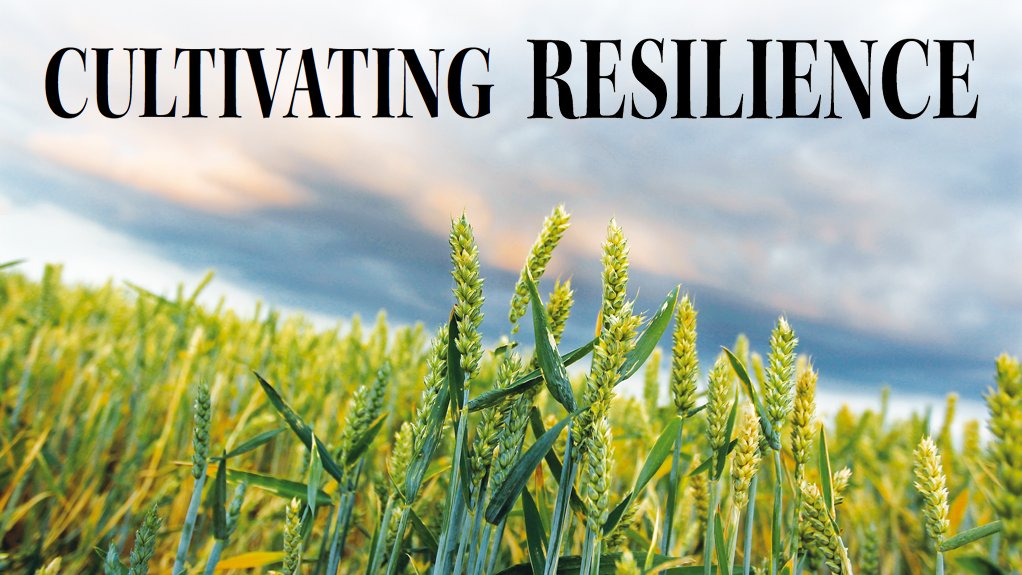 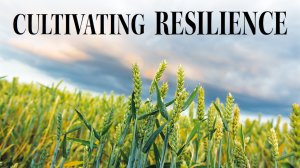 With several weather institutions expressing cautious optimism that South Africa could receive normal, or even above-normal, rainfall towards mid-summer – that is between December and January – there is a degree of optimism that the embattled local agriculture sector could rebound in 2017. In fact, a number of agricultural agencies and economists are forecasting a recovery in farming production, specifically maize, which has been severely affected by the worst drought in decades and lower-than-normal rainfall.

Also underlining the optimism for a normal rainfall year is Standard Bank Agribusiness head Nico Groenewald, who notes that, “with the possibility of a La Niña (a weather phenomenon associated with higher-than-average rainfall) still on the cards, it could definitely be to the advantage of agricultural production”.

KPMG partner and chief economist Lullu Krugel reasons, however, that, even if the rains are imminent, “it would take an entire season, predicated on that particular season being a good season, for the sector to rebound”.

South Africa has been battered by the recent El Niño weather phenomenon, which contributed to what some have termed the “worst drought in a generation”.

Current observations from the National Weather Service (Weather SA) indicate that the country could experience a weak La Niña pattern, which could potentially result in above-normal or normal rainfall. “The likelihood of a weak La Niña development towards summer remains low, with the forecasting system favour[ing] a gradual improvement of chances for above- normal rainfall conditions towards the mid-summer season, from December to . . . February,” reiterates Weather SA scientist Cobus Olivier, citing the service’s seasonal climate watch report for October 2016 to February 2017.

However, he believes that the expected precipitation would be the result of local conditions over the Indian Ocean, which include seasonal variations, but warns that the uncertainty level remains fairly high, “with a marginal confidence” regarding the forecast. Most of the climate systems that govern the Southern African climate are not clearly manifested in favour of the forecast, he adds.

“Hopefully, this will clear up and as we go into November; we might have a better indication of the summer rainfall forecast and . . . more confidence,” he says.

Council for Scientific and Industrial Research (CSIR) chief researcher Professor Francois Engelbrecht agrees, pointing out that seasonal forecasts are significantly less assured for summers associated with neutral conditions in the Pacific Ocean (the current La Niña weather pattern is weak and represents a cool-neutral state), compared to seasons when well-developed El Niño or La Niña events are present. He further cautions that some of South Africa’s driest summers have in fact occurred during such neutral years, although seasons of above- normal or normal rain are equally probable.

The Australian Bureau of Meteorology and the Earth Institute of Columbia University respectively indicate that the possibility of a La Niña occurrence this summer is 50% and 71%, according to estimates released last month. Sihlobo therefore emphasises that, as some level of uncertainty about the season remains, it will be important for role-players in agriculture to monitor weather developments to establish a clear outlook of the next season.

Weather SA further warns that severe drought conditions, exacerbated by the strong El Niño weather pattern, remain over most parts of the country: “Irrespective of the prospects for a much-needed wet spell over the country for the coming seasons, it is highly recommended that this persisting regional drought is cautiously taken into consideration.”

Highlighting precipitation graphs from the Agricultural Research Council, Engelbrecht notes that the summer rainfall region of South Africa has had three consecutive summer seasons of below-normal rainfall, and that a state of severe drought currently (mid-October 2016) persists in the eastern Free State, northern KwaZulu-Natal and eastern Mpumalanga.

He further warns that the CSIR climate change models project that the exceptionally dry and warm seasons, such as the summer of 2015/16, are likely to occur more frequently in future, as a regional consequence of global warming.

The ongoing drought and lower-than-expected rainfall have had far-reaching effects on the South African agriculture industry, which faced draining resources, the need for increased production loans, job losses and weak harvests. This is despite El Niño – the strongest in nearly 20 years – dissipating in May this year.

According to the Department of Agriculture, Forestry and Fisheries, the estimated agricultural production in 2015/16 was 1.6% less than that of 2014/15. Sihlobo further notes that the land area under crops this year was 3.2-million hectares – a 20% decrease from the previous year.

Further, all South African summer crops, which include sunflower seeds, maize, sorghum and dry beans, as well as peanuts, generally declined by 23% year-on-year, from 11.9-million tonnes in 2015 to only 9.2-milion tonnes this year, says Sihlobo.

“This was a further decline from crop production already down by 28% from the usual levels of 16.5-million tonnes in 2014,” he laments.

Significantly, the weak harvest in 2015/16 resulted in a 25% year-on-year decline in overall maize production, from 9.9-million tonnes produced last year to about 7.5-million tonnes this year.

In addition to the resulting higher food-price inflation, which increased to 11.9% in August, South Africa became an importer of maize this year, with the country needing to spend at least R12-billion to import the deficit, says Sihlobo. Imports are estimated to be between 3-million tonnes and 3.8-million tonnes, with this quantity having to be imported from the beginning of May 2016 to the end of April 2017.

To mitigate the impacts of the drought, an increasing number of farmers have also incurred debt, with agricultural production loans issued from South African banks amounting to up to R126-billion this year, Sihlobo says.

Further, farmers who were able to self-fund their production during drier years now also depend on production loans, Krugel adds.

Sihlobo reasons that the economy is yet to see the financial impact of this debt.

Meanwhile, the agricultural labour market registered job losses of about 15 000 for the first quarter in 2016 – a decrease of 2% from the same period last year, according to figures released by Statistics South Africa.

Nevertheless, the lagging effect of the drought could still impact on new job opportunities, with farmers not being able to expand their original capital replacement programmes or new projects at farm gate level, he suggests.

The impact of this year’s below-average rainfall and the drought not only highlights the South African agriculture sector’s vulnerability but also underscores its need for resilience planning.

Such planning has become key, given the aspirations of the National Development Plan (NDP) for South African agriculture to potentially create almost one-million jobs by 2030.

While the NDP recognises the climate changes that South Africa faces as a water-scarce country, National Planning Commission member and agricultural economist Professor Mohammad Karaan believes that agriculture does not view climate change as “some cataclysmic event”, but rather “an ongoing process” to which the sector needs to continually adapt to survive in the short and long term.

Groenewald agrees, arguing that South Africa’s NDP aspirations “should not become derailed” by future droughts, which are a likely part of the weather cycle over the coming 20 years. While he does not downplay the impact of the current drought, he believes that farmers have adjusted “quite well” in adapting to and absorbing its impact.

The evolving challenge for the sector is whether it can adapt technically to changing environmental conditions, Karaan avers. Such adaptations include a focus on efficient water conservation and use, employing appropriate cultivation methods for a specific region and soil type, stimulating soil and microbial life in advancing soil vitality, advances in the tilling of soil,the genetic advancements in seeds, using cover crops, and more efficient irrigation methods such as drip irrigation.

According to the NDP, evidence suggests that the “1.5-million hectares under irrigation . . . can be expanded by at least 500 000 ha through better use of existing water resources and developing new water schemes and enhancing existing schemes, especially those in the developing area”.

In ensuring the viability of industry, shorter-term interventions, not originally drafted into the NDP, might also be required. These include drought relief and the development of seed cultivars of shorter growth varieties that can withstand harsher conditions.

Securing additional water to grow agriculture by reducing water losses from the existing systems is a significant focus, according to the NDP. “Up to 300 000 ha of additional water could become available if we could improve efficiencies of water and reduce pipeline, canal and dam losses,”Karaan says.

Groenewald acknowledges that agriculture lags behind in terms of investment, suggesting that investment as expressed by gross capital formation figures grew by only 6% over the period 2004 to 2013 – a key concern.

He nevertheless emphasises that much more can be unlocked from a value, production, labour and growth perspective, if investment can be increased. “Climate change and current weather conditions are not necessarily the deterrents for this investment,” Groenewald concludes.