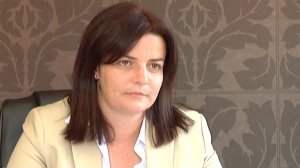 The first bauma Africa trade fair is expected to bode well for the construction industry in Africa, as it has already attracted the interest of key international construction companies, says bauma Africa CEO Elaine Crewe.

“Government’s multibillion-rand spending plan on infrastructure will benefit the industry. The task at hand is to face the challenges of labour unrest and tender irregularities,” she explains.

Crewe is especially optimistic about the future of the South African construction industry, emphasising the importance of infrastructure in terms of roads, ports, railways and airports for export.

bauma Africa will be held from September 18 to 21 at the Gallagher Convention Centre, in Johannesburg, and was established after the bauma team spent about a year researching whether Africa is a viable market for the event.

“We were looking to enter a new market and discovered that there definitely is demand for an event like bauma in Africa,” says Crewe.

She notes that the event has already received much support from local and international companies and is, therefore, positive about the future of bauma Africa.

“Africa is an emerging market and one of the world’s largest producers of natural mineral resources. There are many factors that have hindered investment in the past, such as the economy and the political environment. With South Africa being economically and politically stable, however, it is seen as the gateway into Africa,” states Crewe.

In terms of the Brazil, Russia, India, China and South Africa trade bloc, she notes that South Africa is a small economy. It is ranked twenty-ninth on the International Monetary Fund’s list of the world’s economies, with China ranking second, Brazil seventh, Russia ninth and India tenth.

“However, the growing importance of Africa has led to the first bauma Africa event,” Crewe explains, noting that the show will have nine country pavilions, comprising Austria, China, Finland, Germany, Great Britain, Italy, Korea, Northern Ireland and Spain, on which 200 companies will exhibit.