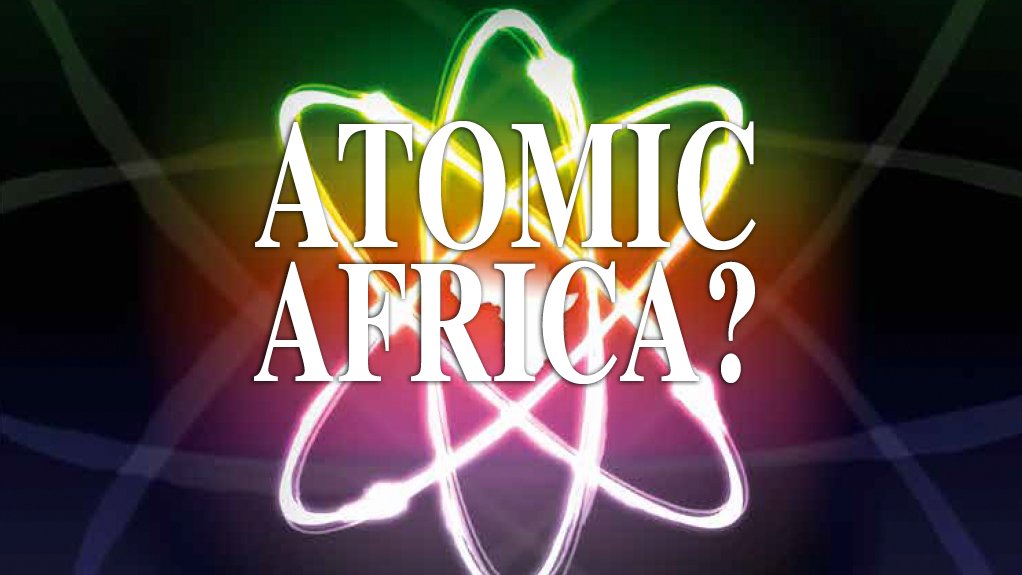 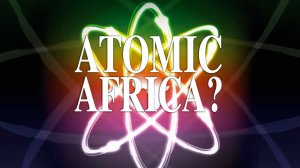 There is more interest in nuclear energy in sub-Saharan Africa than is gene- rally realised. According to the World Nuclear Association (WNA), countries in the region which are individually planning or considering nuclear power are Ghana, Kenya, Namibia, Nigeria, Senegal, Tanzania, Uganda and Zambia. And the first African Youth Nuclear Summit was held in Nairobi, Kenya, in late March. The sub-Saharan Africa countries which attended were Ghana, Kenya, Namibia, Nigeria and Sudan (plus North Africa’s Algeria, Egypt, Libya, Morocco and Tunisia).

“I was at the inaugural meeting of the African Youth Nuclear Summit,” pointed out WNA director-general Agneta Rising at the recent Nuclear Africa 2017 conference in South Africa. “There is a desperate need for Africa to have more nuclear energy . . . In Africa, you can hardly find any nuclear energy at all. It has to grow.”

The International Atomic Energy Agency (IAEA) sent Integrated Nuclear Infrastructure Review teams to Kenya and Nigeria (as well as Morocco) in 2015 and to Ghana at the start of this year (as well as to South Africa in 2013). These missions are despatched at the request of the countries concerned and check the state of the respective countries’ nuclear infrastructure development.

Ghana has created the Ghana Nuclear Power Programme Organisation, which reports to the Ministry of Energy. The Ghana Atomic Energy Commission (GAEC) was set up in 1963 and has operated a Chinese 30 kW research reactor since 1994. In 2006, the GAEC and the University of Ghana set up the School of Nuclear and Allied Sciences.

Kenya established the Kenya Nuclear Electricity Board in May 2014 out of the previous Nuclear Electricity Project Committee. The goal, reaffirmed last year, is to have 1 000 MWe of nuclear capacity on line by 2027 (rising to 4 000 MWe by 2033). Nuclear is seen as complementing geothermal energy. “Kenya is quite advanced on the work they need to do to meet the milestones [and] to introduce nuclear energy,” reported Rising.

In Uganda, the Atomic Energy Bill came into effect in 2008. In Sudan, the Atomic Energy Commission has been considering the feasibility of a nuclear power plant (NPP) since 2010 and plans to build a research reactor by 2020 (research reactors are very important assets regarding nuclear medicine and food safety, among other uses). The Ministry of Electricity and Water Resources has a Nuclear Energy Generation Department and in May last year a framework agreement was signed with the China National Nuclear Corporation to build one or two 600 MWe nuclear power reactors.

The Nigerian Atomic Energy Commission (NAEC) was established in 1976 and the country’s first research reactor was commissioned in 2004; this is also a 30 kW Chinese design, very like the one in Ghana. The NAEC is also responsible for the Nuclear Energy Programme Implementation Committee. There is also the Nigerian Nuclear Regulatory Authority. The country approved a technical framework for nuclear power in 2007 and the consequent strategic plan was adopted in 2009. At the end of last year, Nigeria and Russia signed a project development agreement as the next step in a programme to build two NPPs. The agreement with Nigeria covers both the construction (and later decommissioning) of the NPPs and the setting up of a Centre for Nuclear Science and Technology. Such centres are on offer from Russia for other African (and non- African) countries as well.

“Zambia is planning a nuclear university,” reported Rusatom International Network regional VP: Sub-Saharan Africa Viktor Polikarpov at the Nuclear Africa 2017 conference (Rusatom International Network is part of Russia’s Rosatom nuclear group). “Zambia is skyrocketing with regard to nuclear development.” Under an agreement between Moscow and Lusaka, Rosatom will establish a Centre for Nuclear Science and Technology in Zambia. This will include a research reactor, a radioisotope production complex, a process complex (including chemical, neutron and radiation technologies), a nuclear medicine facility and an engineering complex.

Then there is a regional initiative, the West African Integrated Nuclear Power Group. This was set up in July 2015 with the signing of an agreement to create a regional nuclear power programme. The member countries are Benin, Burkina Faso, Ghana, Mali, Niger, Nigeria and Senegal.

There are two main reasons driving this interest in nuclear power: the need to ensure a stable supply of electricity, and the need to reduce pollution and greenhouse-gas emissions. “Africa has lots of polluting and damaging energy sources,” highlighted Rising. “Nuclear doesn’t generate air pollution, which is a major health hazard worldwide. Nuclear in Africa has to grow.” It also does not produce greenhouse-gas emissions.

CLIMATE CONCERNS
The world can only meet the target to restrict global warming to 2 ºC by the end of this century by greatly increasing the use of nuclear power, she affirmed, citing studies by the International Energy Agency (IEA) which show that nuclear energy will have one of the biggest roles in converting world electricity generation to low-carbon sources. The global nuclear industry believes that world nuclear capacity will have to triple by 2050. “We need to add 1 000 GW of new nuclear capacity by 2050,” she highlighted.

“We have the highest level of nuclear construction in 25 years, with 60 reactors [being built] worldwide, mostly in Asia,” she noted. China is currently building 22, Russia 7, and India 5, for example. The IEA has forecast that global nuclear electricity generation is already set to increase by almost two-and-a-half times by 2040.

The IEA, she pointed out, regards nuclear as a cost-competitive low-carbon electricity generation option. “[Global] electricity demand is growing, electricity consumption is growing, even if there are economic disruptions,” observed Rising. Billions of people still have no, or inadequate, access to electricity.

Although some countries have benefited from clean electricity from the start, thanks to their use of hydro or geothermal power, they are the exceptions. “There is no country in the world that has been able to decarbonise their electricity supply without using nuclear power.” Germany has built wind and solar electricity generation capacity that is three times the nuclear generation capacity of France, yet, on average, that impressive renewables investment only delivers 10% to 15% of that capacity.

Nuclear power can be built quite fast. She cited the examples of Sweden, France, Belgium and South Korea. France ended its dependence on oil and coal for electricity generation in just 13 years.

KEEPING LIGHTS ON
“African countries are highly dependent on hydroelectric power,” pointed out South African Nuclear Energy Corporation (Necsa) chairperson Dr Kelvin Kemm. “When countries are struck by drought, which is quite common in much of the continent, they can lose as much as 50% of their gene- rating capacity. So, they are interested in nuclear power, especially the emerging modern, small modular reactors. At the recent inaugural African Economic Platform meeting of the African Union, in Mauritius, attended by a number of heads of State, a number of them approached Necsa about assistance regarding the adoption by their countries of nuclear energy, as well as developing nuclear medicine facilities.”

“Africa’s major hurdle to success is its ongoing energy crisis,” highlighted Polikarpov. “Twenty-five of 54 nations have been declared to be in an energy crisis by the World Bank. Over 620-million people have no access to a reliable source of electricity in sub-Saharan Africa.” Excluding South Africa, the region’s total installed electricity generation capacity is equivalent to that of Argentina. Including South Africa, it is equivalent to that of Spain.

On the other hand, Africa is experiencing significant and accelerating infrastructure development, industrialisation, economic growth and urbanisation. It is also seeing increasing investment in education and science, rising environmental consciousness and growing political stability. “Drastic changes are taking place,” he affirmed.

Sub-Saharan Africa will require 1 600 terawatt hours of generating capacity by 2040, which is four times the amount the continent had in 2010, if it is to achieve an electrification level of 70% to 80%. “Nuclear is the only solution,” he stated. “Regarding the ‘Energy Trilemma’ – the environment, economics and security of supply – out of all the types of generation, nuclear is the only one that ticks all the boxes.”

Russia now has intergovernmental agreements on the peaceful uses of nuclear power with Ghana, Kenya, Nigeria and Zambia, as well as South Africa. Rosatom also has an agreement with Tanzania regarding the Mkuju river uranium project. “Nuclear is not only about the cost. It is also about the value. Nuclear is the most sustainable source of energy. An NPP is like a house you build on a mortgage and then generations of your family benefit from it.”

“We understand that it will take time for Africa to become nuclear,” said Polikarpov. “But Africa can go nuclear faster than generally assumed.”

The African country with by far the greatest experience in nuclear technology and energy is, of course, South Africa. The country currently has plans to build a fleet of new NPPs, which could have a total capacity of 9.6 GW, and a request for information from vendor companies was issues on December 14; the closing date for responses is April 28. After these responses have been considered, a request for proposals for the new NPPs and a new research reactor could be issued by the middle of this year. This was reported by Eskom Chief Nuclear Officer Dave Nicholls at Nuclear Africa. In parallel, the process of obtaining the necessary regulatory approvals will continue. Most of these should be secured by early next year.

“It will probably be issued as a joint Eskom/Necsa RfP,” he said. Eskom is the country’s national electricity utility and the owner and operator of South Africa’s only NPP, at Koeberg, near Cape Town. Necsa owns and operates the Safari-1 research reactor at its complex at Pelindaba, west of Pretoria. Should it be issued, the RfP will probably be divided into Eskom and Necsa sections, because of their very different requirements, but the two State-owned entities would coordinate in order to ensure that their decisions were complementary. The RfP would not be a closed bid.

“You can build nuclear fast, if you want to,” he affirmed, citing France and China as examples. Koeberg was built between 1976 and 1984 and would have been completed two years sooner if it had not been for sabotage during the construction phase.

“We are fanatical about a reference unit,” he affirmed. Vendors must not bid on the basis of specifications only; they must bid on the basis of a real NPP that is under construction elsewhere, detailing any design changes for South Africa and keeping any such changes to the absolute minimum. The established design basis is particularly important for the latest designs of NPP, where the first unit may not yet have been completed.

Eskom will also build on the experiences it has gained with Koeberg; from its negotiations with international vendors for the Nuclear One project in 2007/8 (for which the contracts were ready for signature when that NPP programme was stopped); from “the lessons learned from the Medupi, Kusile and Ingula projects”; from international experiences with both domestic and imported nuclear programmes; the “need to achieve the lowest credible cost”; and local content in the programme.

“Koeberg had a 93.38% availability last year,” highlighted Nicholls. “Can we run a nuclear power station? I believe we can.”