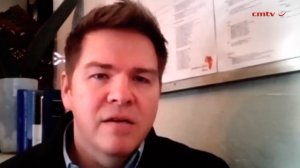 The webinar provided an update on the impact of the pandemic on the sector; as well as an update on the process of Insurance Claims Africa’s acting on behalf of almost 500 claimants in the tourism and hospitality sector, against a number of large insurers who are rejecting business interruption claims related to the Covid-19 pandemic.

Woolley explained that many of these businesses bought the more expensive business interruption insurance policies that included extensions for claims arising from infectious diseases or contagious notifiable diseases.

However, he said the insurers were not honouring their policies, by rejecting claims outright, or making the claims process extremely difficult for claimants, by claiming the policies taken out were never meant to cover pandemics.

Both Woolley and Tshivhengwa urged insurers to act in the best interest of claimants, as well as for the good of these sectors.

They stated that it was “disingenuous’ for insurers not to pay out these claims or to deny them.

Woolley noted that the company, and the claimants it is representing, is not being unreasonable or blind to the financial repercussions faced by insurers in having to pay these claims.

Therefore, in the interest of finding a solution that benefits all parties, it has, from the onset, proposed an urgent settlement compromise which would allow businesses in this vulnerable sector to survive and continue to pay their employees, but without crippling insurers.

The process is ongoing, with discussions at different levels with the various insurers.

On June 12, insurer Santam rejected a settlement proposal from Insurance Claims Africa’s claimants, indicating that it would go to court to fight the claims. Woolley indicated that the case would only be heard in about September.

The company would prefer to reach settlements out of court in all instances, as it believes this would benefit all parties, with a settlement allowing vulnerable businesses the quick access to finances needed to survive, and prevent job losses.

However, in some cases, the company would turn to courts to seek relief for claimants.

Tshivhengwa said the tourism sector was being backed into a corner, owing to not being fully operational with business travel the only flight mode open. He said the insurance industry was not acting ethically, and was exacerbating the issues for the industry by not paying out claims which would enable business in the sector to be able to survive, and pay their dependants.

Two affected tourism business owners also spoke on the matter, sharing how the experience has devastated their business and put them very close to closing down; and further, how it has impacted interlinked businesses in their supply chains.

They reiterated the call for insurers to do the right thing, as they have been paying their premiums on time, and their livelihoods and business are being severely impacted by not receiving their due.