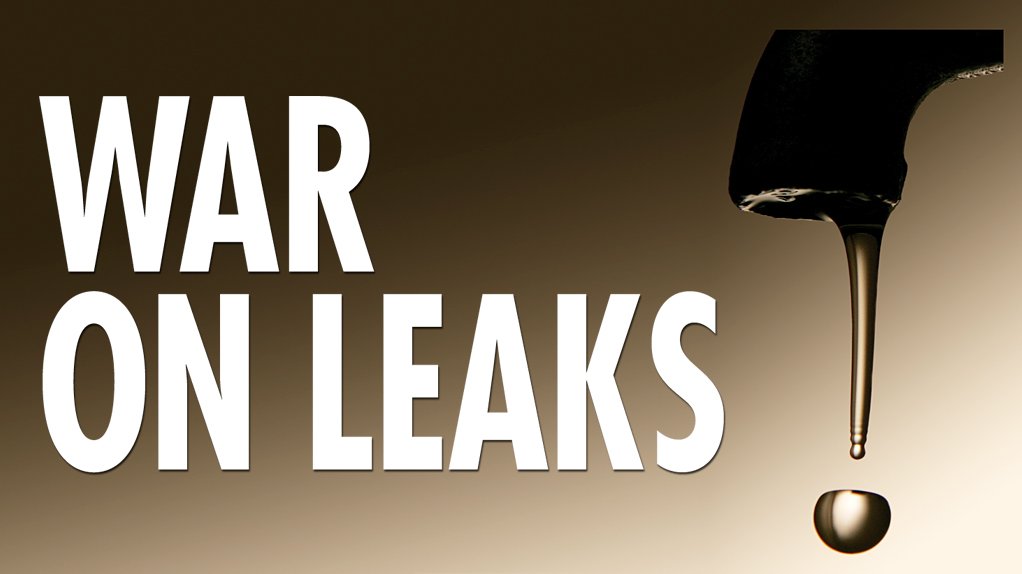 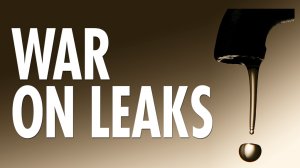 As a water-scarce country, South Africa is facing several water challenges, not least of which is the inefficient use of water and, even more worrying, losses as a result of leaks. Nonrevenue water – all the water lost through physical leakage or other commercial losses – is currently estimated to be as high as 37%, with losses attributed to physical leakages estimated to comprise a quarter of that figure.

The need for monitoring and measuring the water supplied by water service authorities is regarded as crucial to gain a better under- standing of the nature and extent of the challenges faced by the water sector.

A study released in March by the Depart-ment of Water Affairs (DWA) in conjunction with the Water Research Commission (WRC) calculates that 1.58-billion cubic metres of supplied water is unaccounted for each year, which, at a nominal production cost of R4.50/ m3, translates into yearly losses of R7.2-billion.

“While the country’s average water consumption compares well with that of the world average, we do not compare well with other developed water-scarce countries, such as Australia, whose nonrevenue water levels are often less than 10%. There is much scope for improvement. As a water-scarce country, we cannot afford to waste so much water,” says specialist engineering consultancy WRP Consulting Engineers MD Dr Ronnie Mackenzie.

It is against this background that Water Affairs Deputy Minister Rejoice Mabudafhasi declared in April that government was pre- paring a far-reaching campaign to tackle water leaks, including a public education and awareness campaign focused on the costs associated with leaking pipes and taps.

“The War on Leaks project aims to work with municipalities and communities to report and fix water leaks. Unemployed youth are being trained on basic plumbing skills that will enable them to assist the communities to identify and fix water leaks and conduct water conservation advocacy. It also encourages the development of small, medium-sized and microenterprises,” the DWA declared.

The initiative is in line with a call by President Jacob Zuma for the country to halve water losses by 2017. It has a strong focus on eradicating leaks at household level, while educating users about water conservation, DWA spokesperson for the Deputy Minister Peter Mbelengwa has outlined.

The assessment of nonrevenue water in South Africa, in conjunction with the Ministerial reporting on nonrevenue water, has also been reinforced to highlight the importance of water management and to develop the knowledge base that would enable proper planning and informed decision- making.

The DWA notes that, through the War on Leaks project, a substantial volume of water has been saved, which translates into financial savings for municipalities and residents. In certain cases, the efficiency of system oper-ation has been significantly improved, with the reservoirs now starting to fill up with water and the required pumping time now being reduced.

Hot Spots Nonrevenue water is the product of many factors, including poor planning, limited financial resources to implement the necessary programmes, poor infrastructure asset maintenance and lack of capacity and skills in the local municipalities.

The DWA adds: “The main problem areas with the water leaks issue lie mainly with the lack of adequate operation and maintenance of the water infrastructure system among most of the municipalities. It is also exacerbated by illegal connections and lack of education and awareness regarding water conservation in different communities.”

WRC executive manager: water use and waste management Jay Bhagwan says funding for asset management, operation and maintenance and water loss has not been prioritised, notwithstanding that most metropolitan and major municipalities agree that they can improve both water conservation and water demand management (WC/WDM) through such prioritisation.

“There are success stories of municipalities that do not have specific WC/WDM budgets; their water distribution systems were well managed, their losses were all under control and within the existing operation and management budgets.”

Metering, billing and cost recovery, which are a finance function of municipalities, are other major problem areas that require attention, as is the training of councillors and financial and technical personnel.

“Within the DWA, there often are joint responsibilities, with insufficient capacity to monitor, regulate, enforce and support the WC/WDM measures throughout the country. Additional capacity is required to facilitate an enabling environment with a clear mandate to make it happen in all municipalities.

“Also, there are joint responsibilities within municipalities, with the most common issue being the water services division, where the technical and financial departments have certain responsibilities. This leads to problems, especially when trying to formulate the overall water balance for the municipality and the associated estimate of nonrevenue water,” Bhagwan explains.

Skills Dearth There is a general lack of human resources at operational level to perform basic functions such as proactive maintenance, leak repairs and creating community awareness regarding the importance of water conservation and the efficient use of water.

A study by the WRC, titled The State of Non-Revenue Water in South Africa, published in 2012, showed that a lack of information was experienced by 55% of the municipalities, indicating that more than half of the country’s municipalities are not even aware they have a problem or how big the problem is.

“As part of the National Water Audit, support should be given to municipalities for the development of WC/WDM strategies, which can be incorporated into provincial and national strategies,” says McKenzie.

The WRC recently released its WC/WDM Strategy Scorecard Model, which is an ideal tool for assisting water suppliers in developing a simple and pragmatic WC/WDM strategy.

The June 2013 second edition of the DWA’s National Water Resource Strategy, titled ‘Water for an equitable and sustainable future’, notes various strategies that will be undertaken by municipalities to deal with the water loss problem.

“The DWA and the WRC have developed guidelines for municipalities to develop practical interventions for achieving WC/WDM. The guidelines will be used to support the implementation of WC/WDM,” notes the National Water Resource Strategy.

The authorisation conditions will include strategies such as implementing water allocation and water authorisation to entrench WC/WDM, strengthening compliance monitoring and enforcement, and imple- menting water resources infrastructure development in the context of WC/WDM.

“The focus on fixing water leaks will be a primary target, as that is a main cause of loss of water, and municipalities will drive the reduction of household leaks as part of their WC/WDM programmes.

The DWA’s National Water Resource Strategy notes: “The DWA will support municipalities through strategic guidance in the implementation approach, which involves training community plumbers and the development and identification of training programmes to support the leak-repair programme. It also involves the mobilisation of partnerships and support from the private sector in respect of technical expertise, funding, training and the implementation and promotion of best practice, based on successful implementation at other municipalities.”

This can be avoided or postponed if these inefficiencies are dealt with effectively. This will reduce pressure on the requirement for water and on available revenue, and the savings can subsequently be allocated to improving the ageing infrastructure.

“We are already a water-stressed country. It will impact on our livelihoods and the agricultural sector and threaten food security. Our economy will not grow as investors will not invest in a country without water,” says Mabudafhasi.

“It is clear that decisive and concerted action, coupled with strong political will and support, is required to elevate the importance of nonrevenue water reduction,” says Bhagwan.

The Water Services Act (Act 108 of 1997) and the regulations relating to Compulsory National Standards and Measures to Conserve Water (R509 of 2001) under the Water Services Act of 1997 require water services institutions to perform certain functions and to report on and control their water losses.

Although the Act and regulations are very clear on what is required from water services institutions, these functions are often not performed, which are at the very core of water losses in most water distribution networks.

Public Awareness Mabudafhasi agrees that intensive aggressive implementation of WC/WDM will assist in coping with the water loss challenges. The “WC/WDM programme serves to measure and achieve regulatory set targets within set timeframes. In addition, we should intensify awareness, communication and education programmes on the importance of water conservation, water use efficiency and water wise campaigns to the same level as Eskom Integrated Demand Management programmes. A culture of water caring needs to be developed and maintained with both the water authorities and the public.”

Enforcing the requirements of the water services regulations will assist in reducing water losses in the country and should focus on resolving intermittent supply and providing a proper service; fixing internal plumbing leaks, regardless of whether services are paid for; fixing visible leaks on the distribution network; bulk metering and calculating non-revenue water; accurate metering, reading and billing; as well as consumer awareness and eliminating inefficient use. These measures should be implemented immediately by all municipalities.

Only continuous monitoring, analysis and feedback will improve results. Data must be analysed and scrutinised for errors, based on appropriate key performance indicators. Participation by municipalities and the DWA will improve once municipalities have gained confidence and received feedback from the DWA on their results.

Based on the state and quality of the data obtained from municipalities, it is evident that a nationwide training programme is required on the basic principles of WC/WDM, with specific focus on the development of a meaningful and realistic water balance.

Based on previous studies that have been done for the DWA, it is estimated that a realistic target for nonrevenue water of 25% is achievable over ten years, if the required investment of about R2-billion a year is allocated to implement WC/WDM interventions by all municipalities in South Africa.

In many cases, WC/WDM interventions not only save water but can also create significant energy savings, particularly in systems where water has to be pumped at some point in the supply cycle.

WC/WDM interventions can often delay expensive infrastructure projects and such savings should always be included in any cost-benefit calculation. If calculated properly, it is often found that investment in WC/WDM interventions is highly cost effective, with payback periods of less than a year.

The implementation of WC/WDM should achieve significant savings for all sectors and a 50% reduction target in water losses by 2017 has been set by the DWA in the latest National Water Resource Strategy.