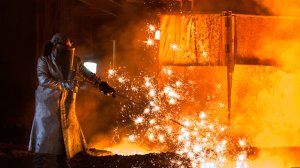 An initiative is under way to accelerate the adoption by South African industrial firms of the international energy management standard ISO 50001, which is designed to help improve the performance of a company’s energy-intensive assets to support cost savings and emission reductions.

Although ISO 50001 is the fastest-growing standard globally, it has not been widely embraced by South African firms, with domestic adoption rates lagging those being reported in Asia, Europe and North America, as well as those being achieved in African countries such as Morocco, Tunisia and Egypt.

In an effort to stimulate adoption, the Industrial Energy Efficiency (IEE) Project has launched a series of webinars to raise awareness of the benefits of ISO 50001 certification, as well as the processes and costs involved in securing certification through the South African Bureau of Standards (SABS).

The IEE Project itself is a Global Environment Facility-funded programme that supports sustained energy efficiency within industry and is implemented locally by the National Cleaner Production Centre South Africa (NCPC-SA) and the South African National Energy Development Institute.

To further encourage adoption, the NCPC-SA is even offering a financial incentive to the first ten companies to sign up for certification.

The NCPC-SA, which is based at the Council for Scientific and Industrial Research and funded by the Department of Trade, Industry and Competition, has indicated that it is willing to fund the certification-readiness assessment of those ten firms, as well as contribute R30 000 to the cost of certification with the SABS.

The NCPC-SA’s Alf Hartzenburg, who heads up the IEE Project in South Africa, warns that poor energy and resource efficiency is not only undermining the competitiveness of domestic companies, but could also place them at a trade disadvantage as consumers seek assurances of good environmental performance.

He notes that local adoption of the ISO 50001 standard has been limited, to date, to those companies that form part of large multinationals, with South African-owned firms lacking both the awareness and the knowledge required to implement energy management systems and apply for ISO 50001 certification.

Where certification has been received and/or energy management systems have been implemented energy cost savings of between 10% and 20% have been reported, the bulk of which were achieved through behavioural changes rather than capital investments.

The majority of the 142 domestic firms that have implemented energy management systems in South Africa since 2011 are in the automotive, retail and non-metallic minerals sectors, with only two mining companies having adopted such systems to date.

Hartzenburg reports that interest among miners has increased in recent times, however, driven partly by rising electricity costs and partly by South Africa’s decision to implement a carbon tax.

He stresses, however, that without senior management support and ongoing monitoring and system maintenance, the financial benefits associated with energy efficiency programmes will not be sustained.

“I am hoping that through this initiative with the SABS, we can begin taking our rightful place on this continent as a leader in terms of ISO 50001-certified plants.”