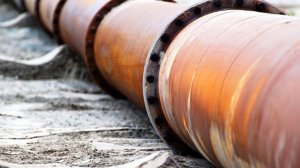 The infrastructure boom and rising urbanization in Asia-Pacific have made it the largest and fastest-growing regional market for anti-corrosion coatings, with 54.7 percent of the revenue shares. It is likely to touch 57.9 percent in 2023, driven by the rapid growth of end-user industries such as water and wastewater, manufacturing and commercial architecture.

Most of the demand for anti-corrosion coatings in the region is expected from the developing economies of China, India and Southeast Asian countries like Indonesia and Malaysia, which are witnessing frenzied developmental activities.

“The surge in the purchasing power of the citizens of Asia-Pacific accelerated the growth of its building and construction as well as infrastructure industries, stoking demand for anti-corrosion coatings,” said Frost & Sullivan Visionary Science Research Analyst Christeena Thomas.

“Furthermore, Asia-Pacific’s economic growth has attracted significant capital investments by large companies, which has aided the establishment of additional production and distribution facilities.”

It provides the unit shipment and revenue forecasts for each segment from 2013 to 2023, and at the sub-segment level, focuses on the major technologies, substrate types and chemistries used in the products. It also presents the competitive structure and market share data at the primary and secondary tiers.

Click here for complimentary access to more information on this analysis and to register for a Growth Strategy Dialogue, a free interactive briefing with Frost & Sullivan’s thought leaders.

Meanwhile, there is a growing need for high-performance, anti-corrosion coatings in the water and wastewater segment, especially in the Middle East and Asia-Pacific. Epoxy is the dominant chemistry used in this industry, although acrylics and hybrid chemistries are gaining prominence due to the intensifying need for environmental sustainability as well as lower-priced and effective corrosion coatings that are easy to apply.

“The lucrative manufacturing end-user market also is offering substantial opportunities for coatings manufacturers that can provide direct-to-metal, hybrid and low-cost formulations based on alkyds, epoxies and latexes,” noted Thomas. “The oil & gas sector is a particularly active segment, and coatings that can protect against harsh off-shore conditions and exposure to various chemicals will enjoy considerable success here.”

The major trends in the three main regions of North America, Europe and Asia-Pacific include:

Asia-Pacific and Rest of the World: Consumers are demanding coatings that are low priced and can be applied in lower volumes, as it will save them labor costs.

However, the consumers in the Middle East are eager for high-performance coatings for the oil & gas and water & wastewater verticals, as well as for numerous infrastructure projects aimed at the upcoming FIFA World Cup 2020.