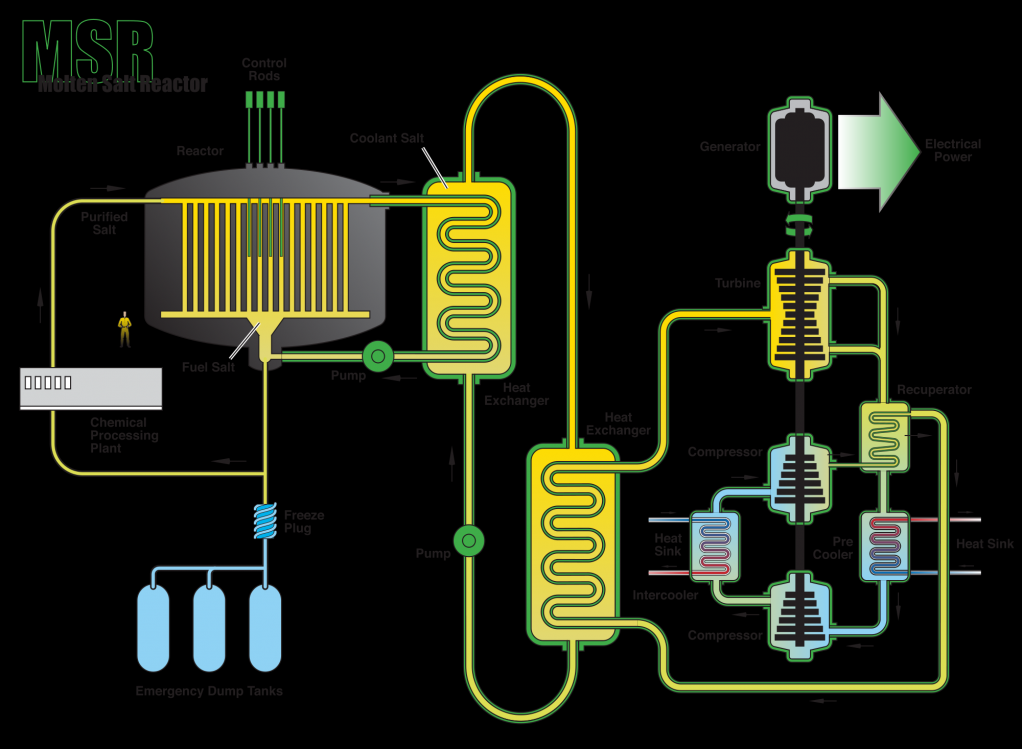 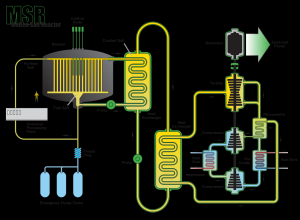 POSSIBILITY If India can learn to master the molten salt reactor technology as well, it could become the most efficient thorium reactor in India’s portfolio

In the newly published Thorium Energy Report (ThoriumEnergyReport.org) India reported that it has initiated studies on a conceptual design of the Indian Molten Salt Breeder Reactor (IMBSR).

Thorium is an alternative source of nuclear fuel to uranium and plutonium, producing smaller volumes of radioactive waste. Thorium 232 however does not have any fissile content and must be converted to uranium 233.

The report states one of the most efficient systems to use uranium-233 is the self-sustaining Molten Salt Reactor (MSR). This is being considered as an attractive option for large-scale deployment in the third stage of India’s nuclear power program which began in the 1950s.

The second stage of India’s nuclear power program entailed the conversion of thorium 232 to uranium 233 with surplus nuclear energy. The third stage of the program seeks to use this generated uranium in advanced, self-sustaining,  thorium-based reactors.

India has both the world’s largest thorium reserves and the worlds biggest program to use thorium.

If India can learn to master the molten salt reactor technology as well, it could become the most efficient thorium reactor in India’s portfolio and make the country’s thorium resources last even longer stated the International Thorium Energy Organization (ITEO).

China was the first country to announce a program aiming at thorium fuelled molten salt reactors in the beginning of 2011. India’s plan to use the MSR technology in the large-scale deployment of thorium is the second big announcement in the field.

“This is great news, and we hope to see it spur competition and collaboration from other nations to speed up technology development” concluded ITEO.