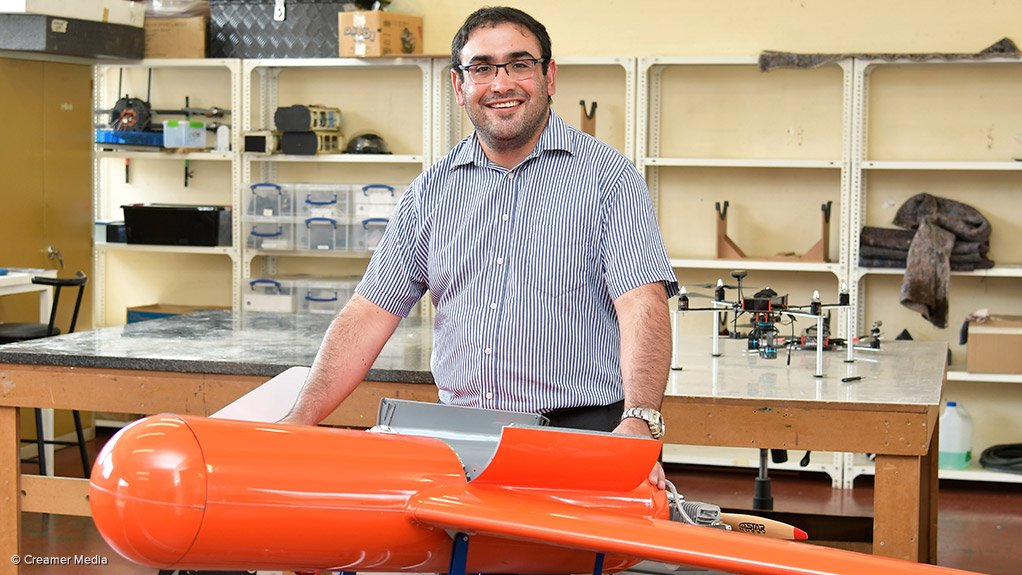 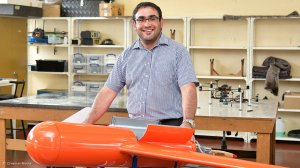 South African fixed-wing drone manufacturer and supplier Aerial Monitoring Solutions (AMS) has seen the biggest demand for its Eagle Owl drones in Africa, mainly for mining surveying and security. The Eagle Owl is perfect for the three Ds of industrial work: dull, dangerous and dirty.

The drones are designed in a modular manner, where the payload – a compartment that holds the camera or surveying equipment the drone uses – wings and fuselage can be repaired or replaced individually. In the event that just the fuselage frame has been destroyed, the aircraft can be operating again in four hours, once an AMS agent has arrived at the customer, claims Rosman. This is also provided that there is no damage to the electronics.

The design also allows for greater customisation, which, in turn, allows for different payloads – cameras of varying ability can be used. A mine may need to survey the land during the day using a payload with an ordinary high-definition camera. At night, the drone might be needed for doing security patrols, in which case a payload with a thermal camera is used. “This maximises the use of a drone, which can be used for multiple operations,” adds Rosman.

The Eagle Owl drone weighs nearly 13.5 kg, owing to its fibreglass and carbon-fibre components, and the engine of each drone is petrol-powered. The drones can fly for nearly four to five hours, depending on the weather.

“The drone uses a rail launching system. The 4-m-long rail uses bungee cords to ensure a perfect take-off. The whole system takes about ten minutes to set up and can easily be transported on the back of a truck,” illustrates Rosman.

He adds that the rail has a safety pin to ensure that the drone does not launch before the operator decides to launch it.

Further, safety is a fundamental aspect of the Eagle Owl drones. If the link between the drone and the laptop is severed for any reason, the drone automatically returns to the launch point so that the pilot can fix the error.

The drone is capable of both a belly landing and a parachute landing, and is equipped with a Global Positioning System (GPS) and black box in case it is blown off course, or an accident occurs. It is also equipped with a full autopilot system, and operators can simply plug GPS coordinates into the system and launch. Consequently, the drone can be sent to fly a predetermined route, with the pilot overseeing the operation, Rosman points out.