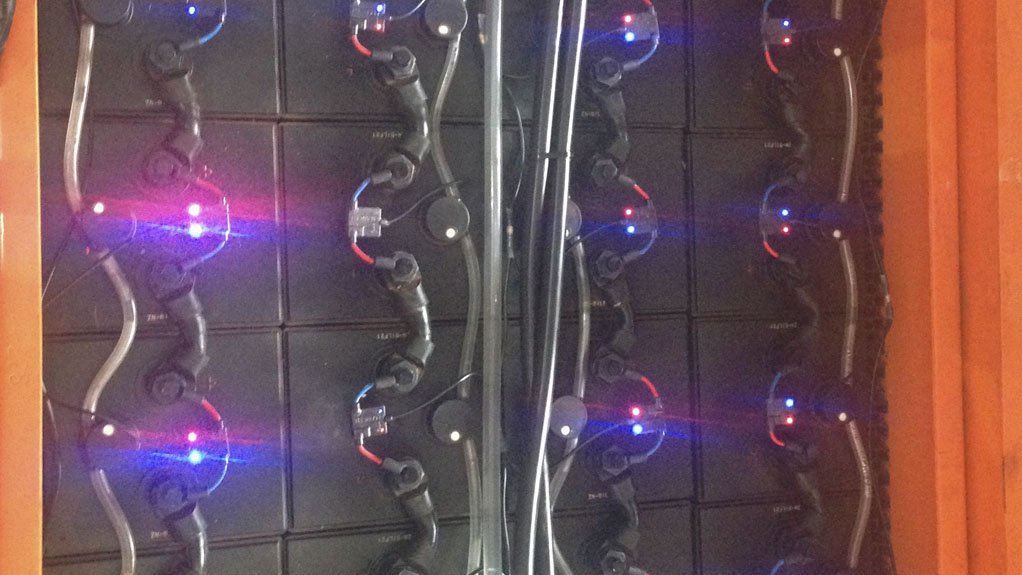 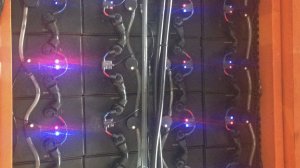 The company uses precise instrumentation and software to analyse data on individual cells in the battery and displays the relevant information on a live battery dashboard for clients.

The proprietary software and firmware, developed in-house by Balancell and installed on the battery, communicates from each cell to the company’s servers and reporting technology.

The battery connects to the Internet using cellular communication or through WiFi connection.

“The software allows for an immediate reading of the individual cell information and starts delivering live data to Balancell’s servers as soon as the company-developed BMS technology is installed for the client,” Balancell business development manager Paul Osborne tells Engineering News.

The information provided includes individual cells that are damaged, weak or starting to fail as well as increased battery temperatures, the rate of discharge and the number of power cycles that cells have completed.

“We continuously measure the energy in and out of the battery, so the information does not only concern the battery but also the battery chargers, and is a guide to assist in troubleshooting issues with the forklift machine while it is in use.”

This information can help Balancell clients to plan maintenance or the replacement of batteries, subsequently preventing the downtime associated with having to replace a battery.

“We can guarantee that by monitoring the batteries continuously, we can determine the exact status and health of each battery. We can also tell what the capacity of the battery is, how fully charged it is and how long that battery is going to last based on how the client is using it at that point in time,” Osborne notes.

Individual cell monitoring and balancing extends the useful life of a battery. “When a battery is specified by a manufacturer . . . a certain number of cycles at a certain rate of discharge is available. If these batteries are put into a series or into a whole battery pack system, it seldom achieves the intended lifetime and delivery of power.”

This is because the individual cells differ slightly from one another, which means that each cell will have different (internal) resistance levels. “So, when we charge or discharge them with the same amount of current, some will overcharge and others will not charge fully,” Osborne explains.

Balancing the individual cells in the battery pack allows for the pack to be treated as if it is one cell, which charges and discharges at the same rate. This ultimately prevents early battery failure.

The BMS technology has been developed over the last three years at Balancell’s headquarters, in Cape Town, and was launched at the Battery Show exhibition held in Michigan, in the US, in September last year.

Power to You Osborne notes that people often think that the Internet of Things is all about getting as much data to the customer as possible, but it is rather about analysing the data that is being continuously monitored and alerting the customer to only relevant matters that merit attention.

“Our battery dashboard visually displays streamlined information for customers about the battery’s energy use over a certain period, cell voltages and temperature,” he reiterates, adding that Balancell sends reporting as soon as a battery starts deteriorating or needs replacing.

The BMS on forklifts is designed to be robust and survive harsh conditions such as getting into contact with acid, water, vibration, heat and dust.

“There’s always a need to make assets more efficient and effective, especially with the current state of the economy. You need to extract as much value out of existing assets. Technology, connectivity and information to help with management is what’s going to make all the difference.”

Meanwhile, Balancell has been working with battery solutions provider Industrial Power, which is part of the Toyota Forklift Group, since last year on various prototypes, demonstrations and proof of concepts.

“We are in the process of rolling out the first phase of BMSes onto Industrial Power’s own fleet, as well as the customers to which they sell to,” Osborne points out.

He concludes that this is an exciting opportunity for Balancell, which he hopes will result in a long-term partnership with Industrial Power.