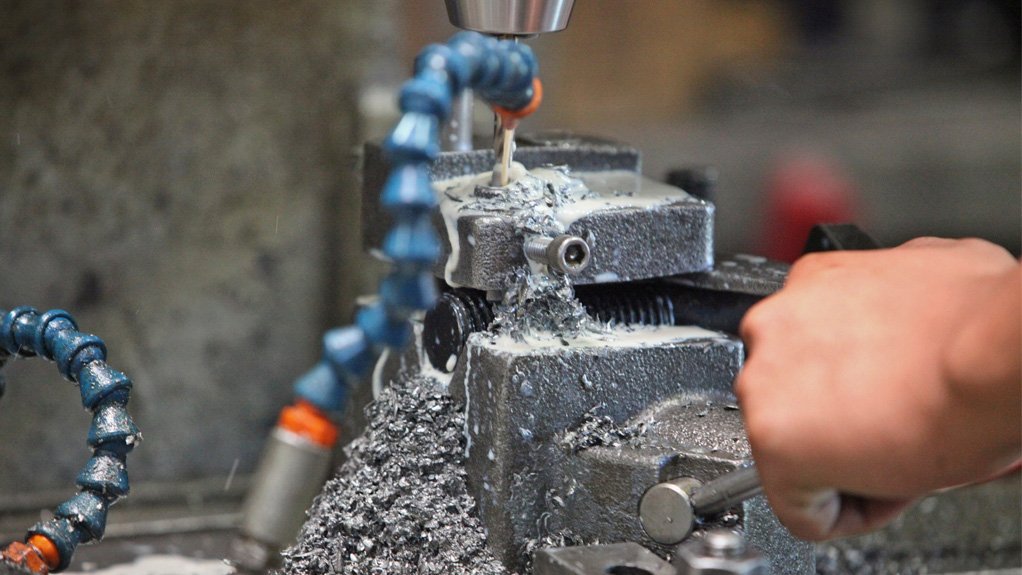 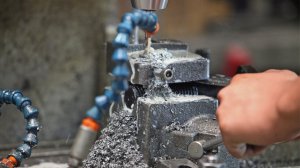 “The range of fasteners imported into South Africa is vast and it is not viable to locally manufacture some of these products, such as stainless steel fasteners,” notes Pietersma, adding that the main import threatening the sustainability of South Africa’s fasteners industry is steel hexagon fasteners.

However, he says South Africa has the skills to manufacture some fasteners that are currently imported. “South Africa has manufactured fastener products for many years and the equipment and skills needed are still available to service the local market. But, owing to cheaper alternatives, many products are imported from Asia and a shrinking skills base is also emerging.”

Pietersma stresses that fastener imports are negatively affecting the industry and, while the Department of Trade and Industry is active in assisting with dumping-duty and duty-increase applications, the outcome of these duties may not always be favourable and foreign countries may not always play by the rules.

Large volumes of fasteners are imported from Asia, owing to the continent’s cheap, productive labour and energy costs. Asian countries also comprise State-owned mass manufacturing sectors, which render investment by South Africa and Asia incomparable as, in addition, State-administered subsidies are provided for these manufacturing sectors.

He adds that Europe has the skills to successfully deal with import challenges, while South Africa has a skills gap, which may lead to the country making unfavourable decisions. It is not clear if South Africa could do likewise. “Europe put dumping duties in place to deal specifically with Chinese manufacturers, after it found that Chinese exporters were submitting fraudulent or misleading information.”

Pietersma notes that incentives provided by local government are not effective in growing the industry, as they are aimed at small and broad-based black economic-empowerment businesses, which limits entry into the industry by other types of entities.

He told Engineering News in June 2012 that the future of the fasteners industry depends heavily on the recent provisional anti- dumping duties being fully implemented.

Pietersma added that to understand the current state of the fasteners industry, it was important to consider the past.

“Hundreds of tons of imports came into South Africa in the early 1990s. However, simultaneously, South African manufacturers had a big share in the local market and a stable export market,” said Pietersma in June 2012.

However, he noted that, during the past 20 years, the growth of Chinese manu- facturing and dumping had been a worldwide phenomenon.

The increase of some 14 000 t of imports from Asian countries over the last 20 years can be closely correlated with the decline in steel dispatches from steel producers, the report says.

“Since the 2008 global recession, imports have continued to increase and South African manufacturers have declined in numbers, resulting in a reduced manufacturing base,” states Pietersma in his report.

He adds that, last year, in the South African domestic market, imports escalated into thousands of tons and, as a result of international competition, the country’s export market was decimated.

“Another factor that is significantly influencing our position in the market has been the strength of the rand. Although we have seen times of weakness, there have been more times of strength,” Pietersma tells Engineering News.

In addition, he states that South Africa should consider that some import duties that were at about 19% in the early 1990s were reduced to 10% by the late 1990s, fostering imports.

“I estimate that employment in this relatively small industry has decreased by 20% in the last three to four years, as a result of imports.

“Manufacturing’s contribution to South Africa’s gross domestic product has also declined to a new low of 14%, whereas it was 16% in comparative years. It should be at 25%, which was experienced during the 60s.

“It is not true that only the fastener manufacturers have been affected by Asian imports. Hot-dipped galvanisers and electro- galvanisers have all seen their volumes drop, owing to increasing imports,” Pietersma points out.

While some rationalisation of the fastener industry took place with the merger of fasteners companies National Bolts and CBC Fasteners in 2000, there have been further victims along the way.

“This includes fasteners manufacturers, such as Nedschroef, disinvesting as well as partial closures. Galvinisers also note that they have been affected and had to engage in retrenchments, line closures and increased mechanisation. In the context of South Africa’s high unemployment, the need to protect our market is paramount, parti- cularly where unfair trade practices are involved,” the report states.

Protecting the South African market in this way started in the late 90s. Initially, the success was in getting a dumping duty on nuts and bolts imported from China. However, importers were innovative in circumventing the duty on bolts by excluding set screws.

In July 2011, Safma submitted evidence of dumping to Itac. This showed under- cutting, depression and suppression of prices by China, resulting in a decline in capacity use, output and profit for local manufacturers and an increase in inventory levels.

Pietersma said last year that the asso- ciation brought the application on behalf of two large South African set screw manufacturers, CBC Fasteners, of which he is MD, and Transvaal Press.

These measures are seen as an extension of existing antidumping measures against Chinese and other Far East nut and bolt manufacturers.

“It was only from 2011 that separate tariff headings were established for bolts and set screws, as well as new tariff headings for stainless steel fasteners. All this gave greater visibility to what exactly was taking place and, as a result, a dumping duty of 73% was implemented on set screws from China from November 2012,” Pietersma notes in his report.

Unfortunately, four Chinese exporters were excluded from this duty on the basis of negative dumping being demonstrated up to 21%. This is difficult to believe because the disparity between a positive duty of 73% and a negative dumping duty of 21% is just too great to be plausible on a virtual commodity-priced product, he says.

In May 2012, the International Trade Administration Commission of South Africa (Itac) imposed a hefty antidumping duty of 104.5% on the importation of fully threaded set screws with hexagonal heads, excluding stainless steel screws from China.

This followed an investigation by Itac, which found that these imported screws had caused local manufacturers to lose business.

The Government Gazette of May 24 reports that Itac’s Custom Tariff Application List 11/2013 includes an increase in the customs duty on certain screws, bolts and nuts, from the existing 10% duty to the 30% bound rate.

The reasons for the application were that the Southern African Customs Union (Sacu) manufacturers needed to be protected against price undercutting from Chinese exporters that had been exempted from the existing dumping duty on fasteners.

Fasteners company CBC Fasteners also noted that it was unable to recover manufacturing overheads at the current low levels of production. “There is an urgent need for CBC and other Sacu manufacturers to increase the volumes required to sustain critical mass and have sustainable business that continues to contribute to employment, while maintaining investment,” the Government Gazette states.

“Domestic producers are facing significant price dis-advantages [resulting from] imported screws, bolts and nuts from Asian countries and the dumping duties imposed by Itac against imports from China are a clear indication that there is a problem in the industry. Therefore, the requested duty increase of 20% is justified.

“Increasing the customs duties to the bound level of 30% will level the playing field for manufacturers.”