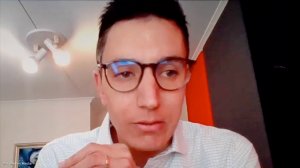 He noted that ICE power plants were also a solution that should be considered under the Risk Mitigation Power Purchase Programme (RMPPP).

The RMPPP request for proposals (RFP) is set to be issued by the Department of Mineral Resources and Energy (DMRE) by about early August.

Glossop stated that the country should consider its options and glean an understanding of the country’s power system challenges and how best to address these through the RMPPP.

He noted that the country’s power system faces both energy and reserves challenges. In terms of the former, the country had growing demand it needed to meet at the same time as reducing coal fleet availability, and insufficient capacity to meet peak demand periods, he said.

In terms of the latter, the country had increasing unplanned coal losses and increased intermittency from renewable energy, he noted.

Therefore, to address these, Glossop said the solution was "least regret" flexible capacity.

He noted that the Integrated Resource Plan 2019 (IRP 2019) confirms the need for “incremental capacity (modular) and flexible technology, to complement the existing installed inflexible [coal] capacity”.

Referencing the DMRE request for information (RFI), he noted that such flexibility may be characterised by the ability of new generation capacity to undertake system “gap filling” in a cost effective manner.

Glossop explained that flexibility had a different meaning within different power systems; however, in the South African power system, Wärtsilä believes a flexible generator is one that can address the country’s three growing issues on a fast-track basis.

Mainly, this would be acting as a back-up to an ailing coal fleet, balancing the intermittency arising from a growing renewable base and meeting the growing peak demand energy requirements.

To address these challenges, which is currently met by diesel open cycle gas turbine (OCGT) capacity, flexible capacity which is “flexible over time to be ramped up and down as circumstances change” and can “come online within a short period of time that is short ramp up and ramp down rates” should be considered, indicated Glossop, citing the RMPPP RFI from December 2019.

Glossop posited that modular ICE power plants offer the system operator (SO) a limitless number of fast starts and stops at no operational costs.

ICE power plants boast five-minute starting times (from idle to full load) and, therefore, these were the perfect operating reserves provider without the SO having concerns about incurring start-up fuel or additional maintenance expenses, he noted.

He acclaimed that ICE power plants were also the most efficient open-cycle technology available, an efficiency which is maintained across the entire output range of the power plant owing to the modularity of the technology.

Given these characteristics, the SO will have the freedom to optimise the entire power system by cost effectively backing up failing coal units and reducing their balancing responsibilities; reducing the excessive use of expensive diesel OCGTs, thereby saving billions on the energy tariff by enabling the introduction of more cost effective and sustainable renewable energy sources which will lower the cost of energy for South Africa, Glossop highlighted.

He mentioned that flexibility also extended beyond short-term power system fluctuation to the longer term, such as yearly and seasonal dispatch variations.

Glossop said that with the last decade having demonstrated how difficult it is to predict the supply/demand balance accurately, a plant that can operate across a range of yearly load factors in a cost-effective manner will bring further benefits to the power system.

He noted that ICE power plants were extremely competitive across a range of capacity factors, thereby ensuring a role for these plants in an uncertain future.

Moreover, Glossop indicated that flexibility was not limited to only dispatch-related aspects, but that it also applied to fuel option flexibility.

Here, he said, ICEs were also the ideal solution, owing to their ability to run off a range of liquid and gaseous fuels including diesel, liquid petroleum gas, heavy fuel oil, liquified natural gas, and in the future, carbon free gasses such as hydrogen.

Therefore, this means that they can provide a solution now, but will also be feasible in a renewable energy future.

Glossop said such fuel flexibility provides a fuel price hedge to ensure the lowest tariff based on the cheapest fuel at the time.

He mentioned that Wärtsilä believes its reciprocating engine technology solutions are a fast-track and least regret option for South Africa owing to their flexibility characteristics which ensures their role both within the current and future IRP and ultimately achieving the country’s transition towards a 100% renewable energy system, which the company supports.