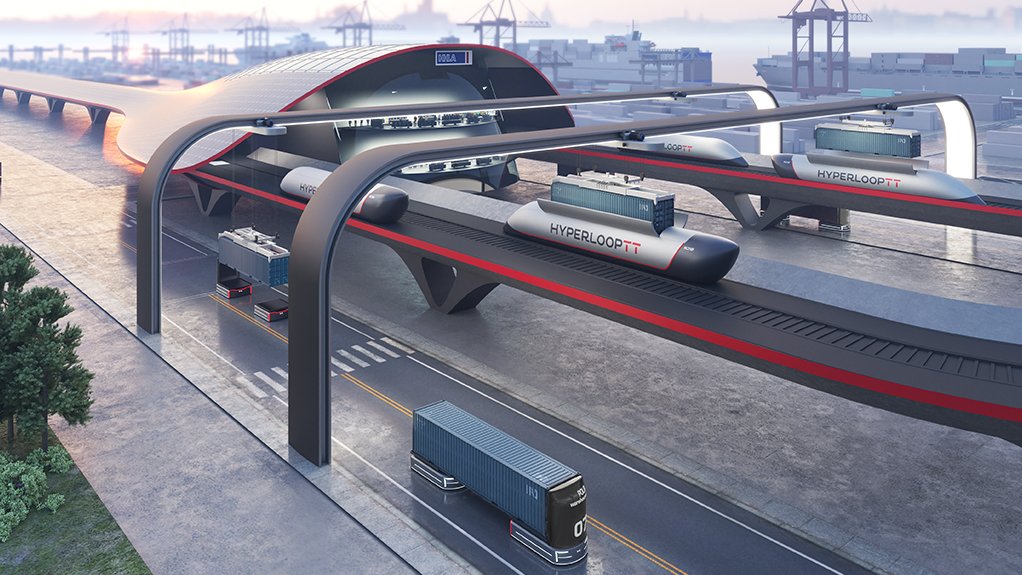 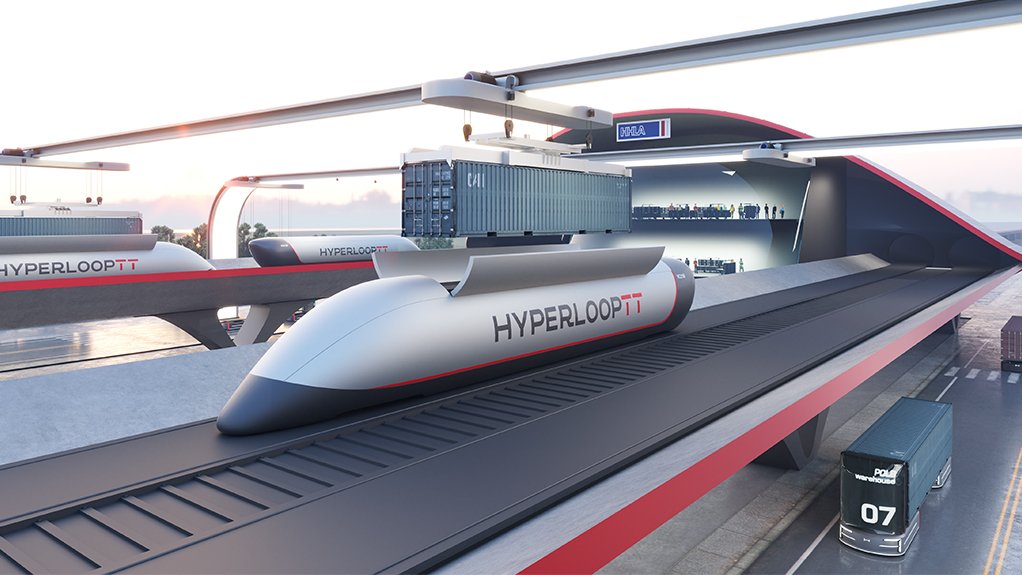 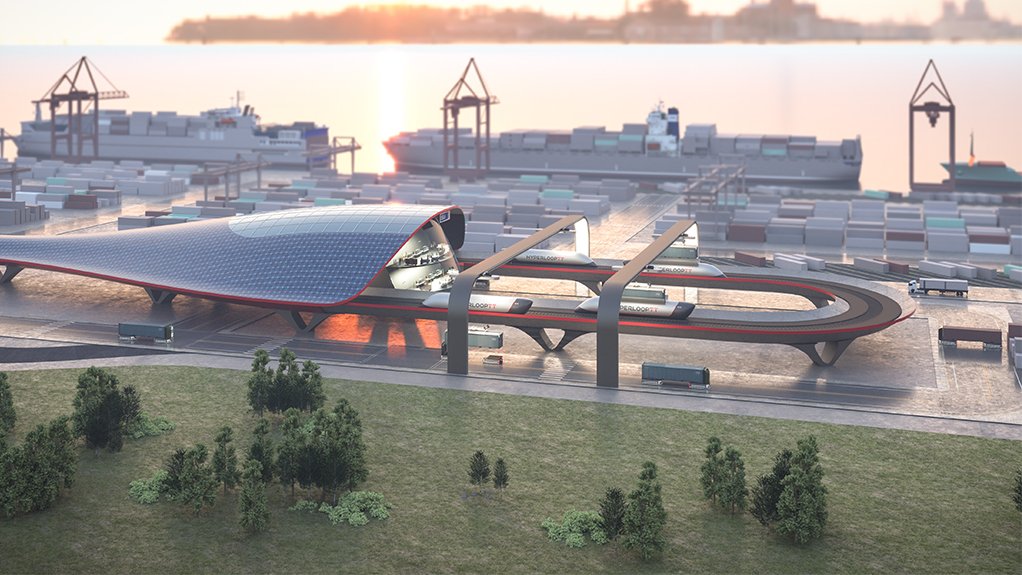 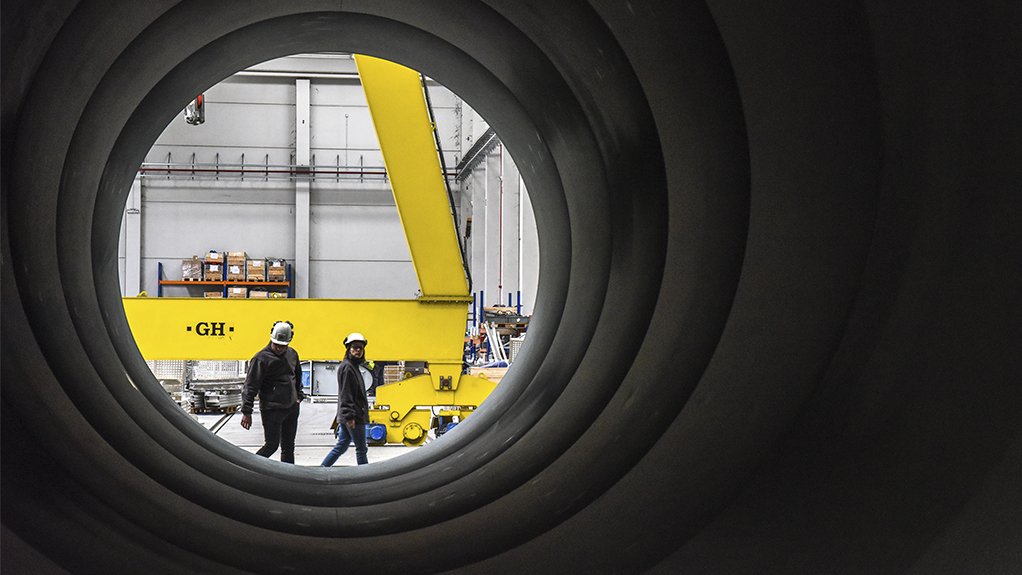 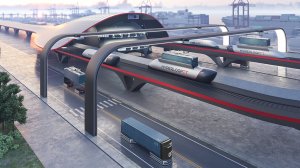 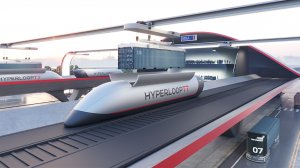 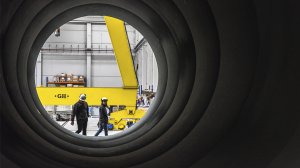 Hyperloop Transport Technologies (HyperloopTT) has revealed HyperPort, a high-speed cargo and freight solution which it says it “capable of increasing capacity and efficiency while decreasing pollution and congestion at ports worldwide”.

The next step for HyperPort will be a virtual reality demonstration to be presented at ITS World Congress, the largest mobility exhibition in the world, which takes place in Hamburg in October.

A hyperloop is a proposed new mode of passenger and freight transport, travelling at speeds of up to 1 220 km/h.

At its core, a hyperloop system is about removing the two things that slow down regular vehicles, namely friction and air resistance.

It is, therefore, described as a sealed tube or system of tubes with low air pressure –located above ground or underground – through which a pod may travel substantially free of air resistance or friction. Hyperloops normally include magnetic levitation technology, much like the systems used in advanced high-speed rail projects in Japan.

HyperloopTT says the HyperPort system is a plug-and-play solution for port operators, capable of transporting containerised cargo hundreds of kilometres in minutes.

“The system can move 2 800 containers a day in an enclosed operating environment that eliminates at-grade crossings to increase reliability, efficiency and worker safety,” says the company.

“HyperPort capsules can sustainably transport two 20-foot standard or high cube containers, or one 40- or 45-foot container at airplane speeds.”

The HyperPort freight capsule is designed by Mormedi.

“The HyperPort capsule, infrastructure and system components are currently undergoing optimisation in preparation for commercial deployment.

“Our work with world-leading firms to move this technology forward is a significant revenue opportunity for port operators all around the world.”

“At HHLA, we know that to prepare for the future you must innovate,” notes HHLA HyperPort project manager Gerlinde John.

“The hyperloop technology is suitable for taking the transport of goods to a new level. With the HyperPort concept, we are developing an alternative solution to existing transport systems for the goods transport of the future.”

HHLA is a European port and transport logistics company with a network of container terminals in Hamburg, Odessa, Tallinn and Trieste, as well as intermodal hubs in Central and Eastern Europe.

HyperloopTT is a transportation and technology company focused on realising the hyperloop as a viable transport method.

HyperloopTT’s European Research and Development Centre is in Toulouse, France, the aerospace capital of Europe, and is home to the world’s first full-scale test system.

Founded in 2013, the company consists of a global team of more than 800 engineers, creatives and technologists in 52 multidisciplinary teams, with 50 corporate and university partners.