Opinion: How much gas is needed to support a power system led by renewables?

Opinion: How much gas is needed to support a power system led by renewables? 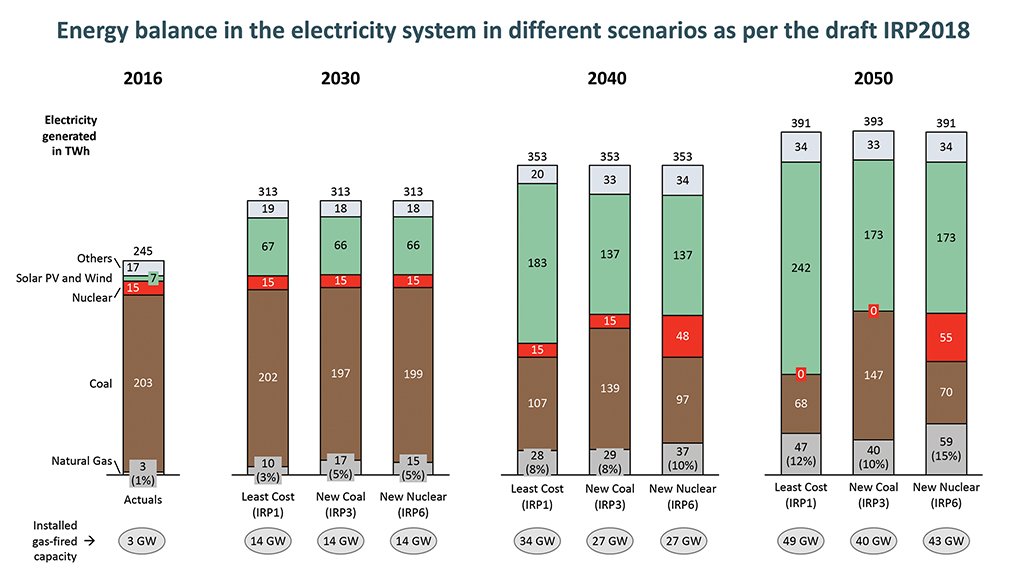 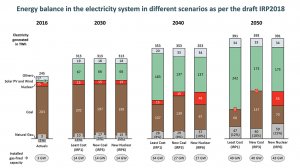 Imagine the planning of the electricity system as a builder who wants to build a sturdy wall at the lowest cost. In the old world, the cheapest way to construct such a wall was to use rectangular bricks, akin to coal or nuclear in the power sector. To hold the wall together, expensive cement (midmerit and diesel-fired peaking stations) was applied relatively uniformly. In the new world, irregularly shaped natural stones (solar photovoltaic (PV) and wind) have become almost 50% cheaper than the rectangular bricks. To build a natural-stone-based wall, at points more of the expensive cement is applied to close the gaps, at other points less. The outcome is still a sturdy wall, but one which is now cheaper than the brick-based wall. It is what a power-system planner would call ‘least cost’.

In both cases, bricks and natural stones, the amount of cement required is relatively small. But because the ‘natural stones’ (variable renewable energy, or VRE, like solar PV and wind) are building materials that only became cost competitive recently, the discussion inevitably turns to the nature of the ‘cement’ (the flexible power generators) that is required to keep them together. Power stations fired by natural gas are regarded as the most market-ready solution for closing the supply-demand gaps that arise when the sun sets or during wind-still periods. But how much gas will be needed? Where will it come from? What will it cost? And what the import of a dollar-denominated fuel might mean for South Africa’s trade balance?

Here, the Department of Energy’s draft Integrated Resource Plan 2018 (IRP) is indicative. This document, read together with the Council for Scientific and Industrial Research’s comments on the IRP, outlines several scenarios for supplying South Africa’s future electricity demand. The first is the least-cost scenario, dubbed IRP1, in which all new-builds follow a strict, unconstrained cost-minimisation logic. Under IRP1, only solar PV, wind and gas-fired power stations are built. Then there is a scenario, labelled IRP3, in which renewables are constrained and, hence, new coal needs to be built to meet the country’s demand. There is also another scenario, dubbed IRP6, in which both renewables and carbon emissions are constrained, which leads to the necessity to build new nuclear.

By 2030, all three scenarios are relatively similar. The amount of gas in the renewables-led IRP1 scenario comprises only 3%, or 10 TWh, of total yearly electricity generation. That means the inexpensive-to-build gas-fired power stations are built to be the gap filler, or cement in the wall analogy, for the system and are, hence, deployed at a very low capacity factor of slightly more than 10%.

To put things into perspective beyond the electricity system: to produce 10 TWh of electricity from natural gas, roughly 80 PJ of natural gas is required. That is half of the relatively small amount of natural gas that South Africa currently imports yearly (160 PJ) and less than what the country converts from natural gas into liquid fuels yearly (120 PJ). Compared with other energy imports, the 80 PJ represents only a fraction of the 1 250 PJ of oil and oil-based products that are imported into South Africa every year. And that while oil-based products are slightly more expensive per Gigajoule than even the most expensive form of natural gas, which is liquefied natural gas.

Perhaps even more interesting, when one compares the three scenarios – the renewables or least-cost IRP1, the new coal IRP3 and the new nuclear IRP6 – in later years, where the results start to increasingly diverge, it can be seen that gas demand for balancing is not a ‘renewables problem’. The new coal scenario requires roughly the same amount of natural gas to cost-optimally balance the system as the renewables-led scenario; and the new nuclear scenario requires more natural gas. That is because the gap between variable customer demand and constant nuclear power output needs even more gap filler than the gap between VRE and demand.

It is also important to note that all three scenarios are cost-optimised within their respective constraints. That is, the amount of gas per scenario is not a “luxury” decision, but it is the outcome of an optimal blending of all available resources, including the use of small amounts of more expensive gas for balancing. Otherwise, that balancing task would have to be fulfilled by coal-fired power stations; and a new coal-fired power station run at low capacity factors is a much more expensive gap filler than natural gas.

However, all scenarios outlined in the IRP arguably overestimate the role of gas in the system, as the IRP does not include the use of alternatives such as stationary battery storage, electric vehicles and demand shifting – all of which reduce the need for natural gas. Also, the IRP does not use domestic balancing options such as biogas.

In sum, while gas will likely become more important in South Africa’s electricity system in future, its role should not be overstated. Gas plants are good complements to VRE plants as they are able to respond immediately to variability, and they are capital-light (that is, inexpensive to build). However, natural gas is not the only option. Even if it was, the IRP shows that the quantity of gas required to balance South Africa’s transitioning electricity system will actually not be that large at all.