How embedded electricity generation could shake up the system 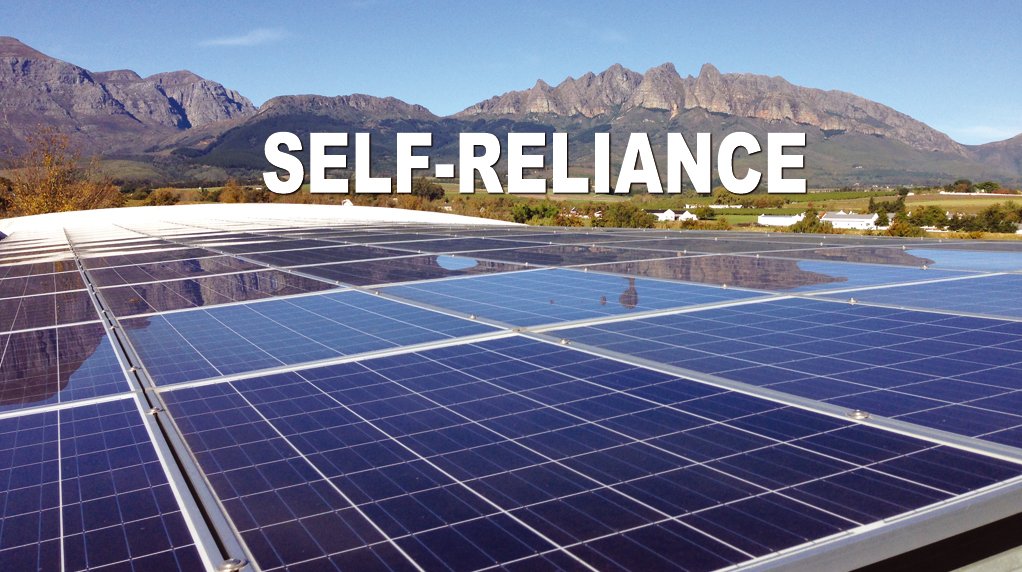 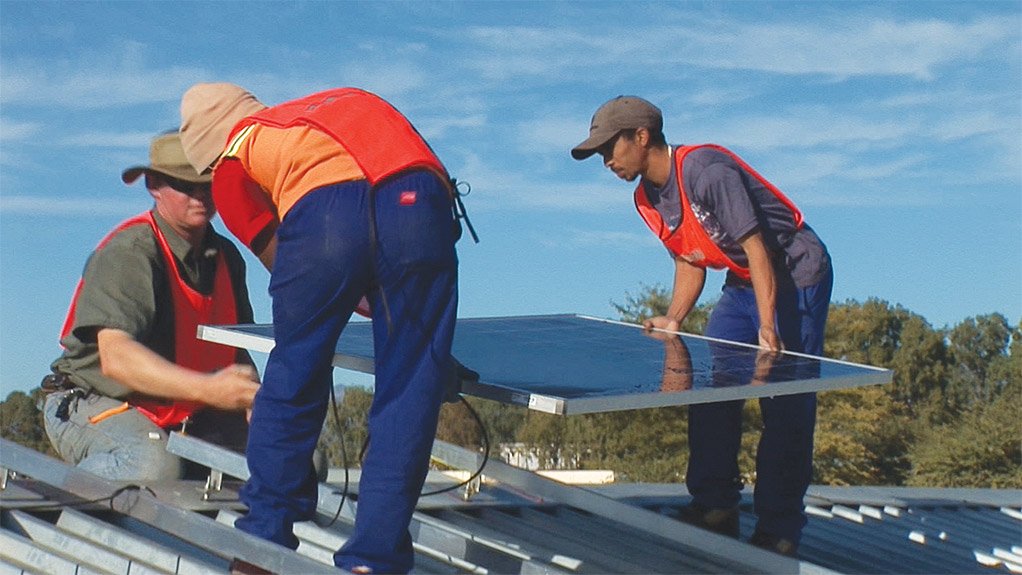 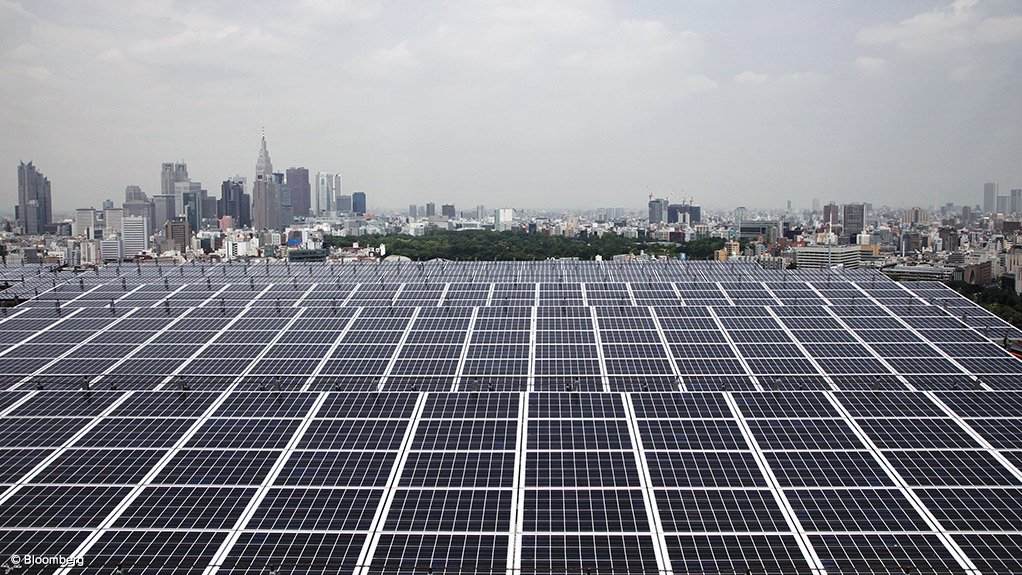 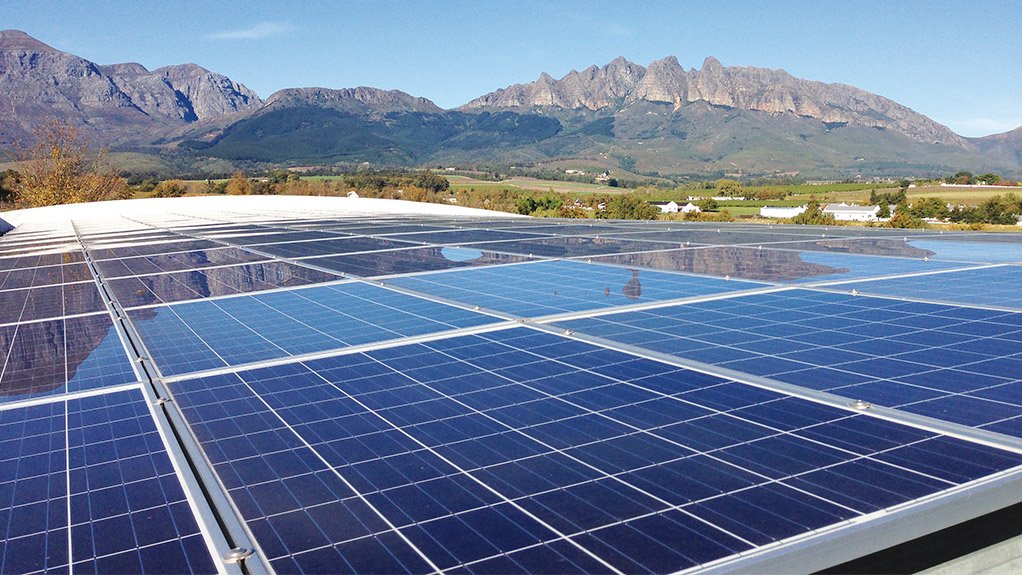 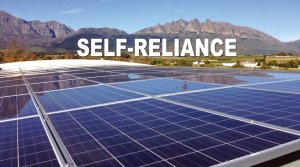 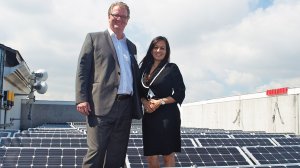 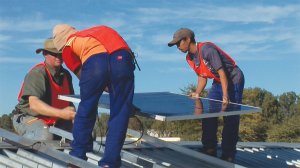 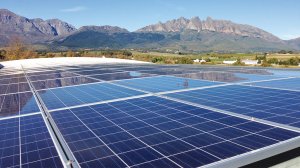 With ongoing electricity price increases, embedded generation – connecting small-scale energy producers with the electricity distribution network – is becoming an increasingly attractive prospect in South Africa. Both solar and wind energy have become a lot cheaper over the past couple of years and are expected to continue to fall in price, while energy could be used far closer to home instead of being transported long-distance over power lines.

“There is a growing trend towards businesses investing in solar systems which provide an embedded generation environment by integrating solar energy with electricity from the national grid so that they can reduce the overall electricity requirements of the business,” says MD of SolarWorld Africa Gregor Küpper.

While biogas, biomass and wind can be used as forms of embedded generation, the Department of Energy’s ‘Update Report’ on its Integrated Resource Plan (IRP) sees photovoltaic (PV) solar power as playing a material role.

Some pioneering South Africans have also installed mini wind turbines on their residential properties, but the uptake could be lower largely because these windmills tend to be noisy.

“Given the recent reduction in the cost of PV, it has become highly probable that electricity consumers – commercial, residential and, to some extent, industrial – will begin installing small-scale distributed generation to meet some or all of their electricity requirements,” a recently published IRP update asserts.

Close to Source A key benefit is that solar energy is consumed very close to where it is generated.

“It is embedded where you have a generator – within the client’s internal network – and immediately used,” says MD of SOLA Future Energy Chris Haw, whose company has installed rooftop solar panels on office blocks and factories in Cape Town and is dovetailing these with electricity.

Generation units are installed behind the regular electricity meters.

Sustainability adviser Duane Newman, of Cova Advisory & Associates, believes there is tremendous potential for further growth. “As long as electricity prices remain as high as they are, there is immense potential for viable embedded generation on both a small and a large scale. We have already seen Sasol, some mining houses and sugar producers looking at cogeneration projects, which, to my mind, can be classified as embedded generation.”

Proponents of solar PV say a major benefit is that you can fix the cost, unlike the electricity price, which is subject to fluctuations. It can also be installed quickly – within a month in many cases.

Corporate Adopters Vodacom is one of several companies that have started to make the move towards embedded generation. It has installed 2 127 solar panels on the roof of its Century City building, in Cape Town, and hopes to ultimately provide up to 75% of all electricity required by the building during peak production.

The solar array will offset 25% of the building’s electrical energy use throughout the year. This is a potential energy saving of about 895 MWh a year – equal to charging more than 70-million mobile phones annually, says Vodacom.

Some companies have also been vocal about their targets to reduce carbon emissions. Investing in responsible technologies lends serious credibility to companies wanting to sharpen their environmental image.

The Vodacom building made up a small part of the company’s goal to cut carbon emissions by 5%, until this year.

“In essence, you are capturing energy from a free source and are not using up something which is finite and polluting – such as oil, gas or coal reserves,” says Newman.

For property developer Joubert Rabie, investing in solar PV cogeneration has provided an opportunity to “stay ahead of the sustainability curve”.

Together with Leaf Capital, his company owns the 78 000 m2 Black River Park – an office park in Observatory, Cape Town, which supports 5 500 people working for companies ranging from Red Bull, Adidas and Diageo to Jupiter Drawing Room.

A total of 2 875 panels have been installed on the roof of the office block, with 2 050 more to be installed in Phase 2. Once completed, they will take up the size of a rugby field.

SOLA, which completed the first phase of the project in August, says solar PV is generating about 25% of the energy needed at Black River Park and has the potential to reach 40% once the project has been completed.

“We are connecting at lower voltages, which is cheaper. As soon as the energy is generated, it is consumed on site. Whatever is used by the solar offsets what would have been drawn by the grid. It’s a seamless process. Whatever else is required is pulled from the grid overnight,” explains Haw.

Embedded generation has worked well for several companies in the agriculture industry, including Ceres Fruit Growers, which relies heavily on refrigeration.

“We’re fortunate in that the highest production of solar energy is in summer – just when agricultural companies need their cooling most,” says Küpper.

Commercial Sense A somewhat unexpected fillip has been the extent of cost cutting through embedded generation.

“It makes commercial sense. The returns have been substantially higher than we expected,” says Rabie of his Black River Park development.

A daily tally outside the Black River Park offices revealed that, on an average day early in summer, the energy generated by the system equated to 934 kg of coal – or a saving of R2 229 a day.

Küpper says installing a 511 kWp embedded generation solar system for Rooibos at its storage facilities in the Cederberg region is expected to subsidise the company’s total electricity use by 45%. It’ll also slash Rooibos’s carbon dioxide emissions by 840 t/y.

SolarWorld, a Germany-headquartered company, says the benefits can reach way beyond a single factory or office park, with embedded generation an option for clusters of buildings and warehouses within an area.

“We could install a massive roof space and sell the energy to municipalities. It’s possible to redistribute the energy to buildings around the area,” says Küpper.

The IRP says commercial rooftop installations are currently more practical than in resi- dential homes, as there is a better match of electricity supply from PV and demand on site. However, it has also looked into the prospects of using embedded generation in households.

“By 2015, it is assumed that 40% of all households (six-million) will be in LSM7 or higher and that this will rise with the assumed gross domestic product growth to reach 70% in 2050,” the update report of the IRP states.

Already, the extensive roll-out of solar geysers in Cape Town has generated great savings for residents.

But while embedded generation may seem like the way to go, it is loaded with complications in South Africa.

Municipal Conundrum While government has embraced renewable energy in principle, it is worried about losing valuable revenue to cheaper technologies.

“All municipalities use their electricity accounts to subsidise free basic services. At the end of the day, electricity is a consumption tax,” says Matthew Kempthorne, chairperson of the Energy and Climate Change Portfolio Committee of the City of Cape Town.

While this is not the case in Cape Town, he says, weaker municipalities often use electricity sales as their cash flow.

“If we had to move 10% off our electricity account, it could mean a 20% increase in rates,” says Kempthorne.

The problem with this is that big companies would end up saving money through their solar PV technologies, using less Eskom electricity and getting credit, but the city would have to make up the shortfall and pass this on to ratepayers. Ordinary citizens, many of whom battle to pay their rates, would in effect then be subsidising companies – an untenable position, says Kempthorne.

According to a study by international business consultancy Frost & Sullivan, PV solar power could be the cheapest generating power source in South Africa by 2020. At a cost of between 65c/KWh and R1.36/KWh, solar energy may cost less than half of the R1.69/KWh that Eskom electricity is expected to reach over the same period.

“Clearly, on a national level, something needs to change. We have to rethink the way we look at the energy mix and at incentives from the Treasury. “

The City of Cape Town is faced with a conundrum. It has actively promoted an electricity savings campaign over the past few years, resulting in a 18% drop in electricity consumption by businesses last year. The City has been lauded for saving an annual R2-billion in electricity costs, but it is losing the revenue. Kempthorne says it has countered the loss by cutting any spending considered remotely frivolous and has tightened up on its overall municipal budget.

Together with other municipalities around the country, it is under pressure from solar PV companies involved in embedded generation, which want to feed into the grid and profit from their technologies.

“The big push from industry is trying to persuade municipalities and national government to allow net metering, so that, during weekends, you can generate as much energy as you need and push it back into the grid,” says Haw.

Apart from the cost factor, there has been underinvestment in local grids, many of which may be unable to cope with the number of companies wanting to connect to them.

“The sheer number of installations would pose significant problems for the National Energy Regulator of South Africa (Nersa) in terms of the ability to handle the applications that would be received for licences or registration,” Nersa has said in its conditions for embedded generation. It says municipalities would need to have strict control and record-keeping “to prevent chaos”.

Despite the challenges, South Africa is likely to follow the wave of change globally in moving towards embedded generation.

While government may be treading care- fully, companies are eager for change.

“We must be more creative about the way in which we produce energy. A few years ago, this sort of sustainable approach would have been thought of as quirky and eccentric. Now there is a rapid realisation that the stakes are alarmingly high and the faster we act, the better it will be for our businesses and other stakeholders,” says Newman.