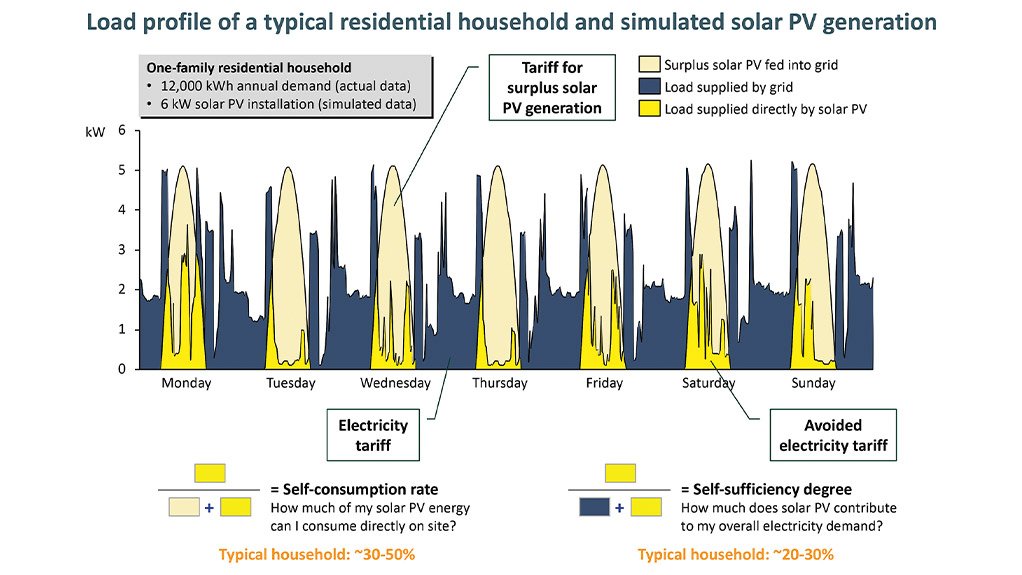 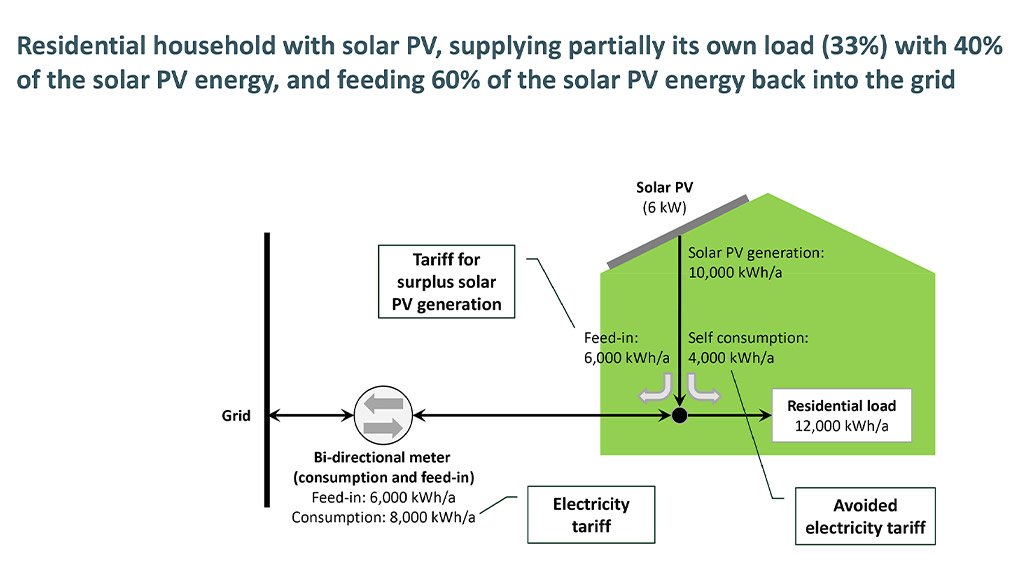 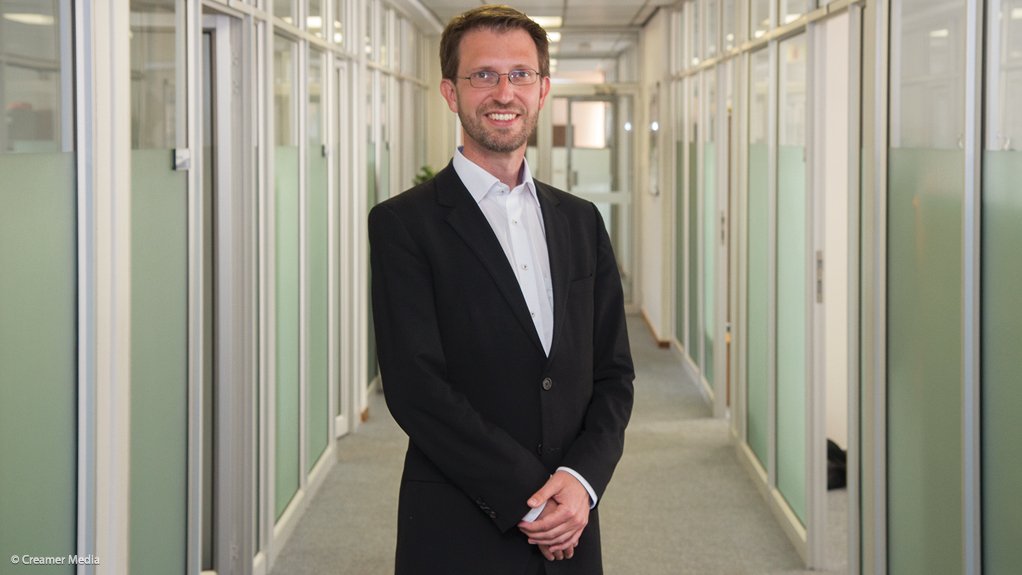 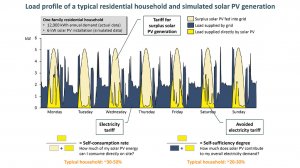 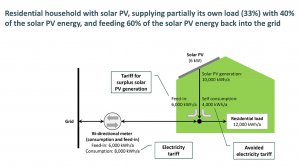 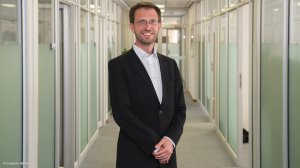 LOAD PROFILE: The household load does not match the solar system’s daytime production profile
BALANCING ACT: If a prosumer is not fairly compensated, the financial risk to the municipal distribution company rises
Photo by Creamer Media
Tobias Bischof-Niemz

There has been no increase in overall electricity demand since South Africans first began experiencing load-shedding back in 2008. Yet the threat of rotational cuts remains, because of the precipitous decline in the energy availability factor of State-owned power utility Eskom’s coal fleet and the underinvestment in new generation capacity. New generation capacity is required urgently to restore the balance between supply and demand.

Under a steady-state scenario, such new supply would be added in line with Ministerial determinations for the procurement of various generation technologies as directed by an up-to-date Integrated Resources Plan (IRP). South Africa’s electricity supply industry is currently not in a steady state, however. In addition, the immediate supply deficit cannot easily be met through government’s centralised procurement system, as its rigorous processes take several months to complete, during which no construction is possible.

Adding to the problem is the fact that South Africa’s procurement rhythm was broken when Eskom refused to sign contracts for projects bid in 2014 and procured in 2015. The logjam for some (not all) of the projects, was eventually cleared. The damage to South Africa has been significant, as most, if not all, load-shedding could have been avoided in 2018 and 2019 had the procurement tempo been sustained. Be that as it may, the immediate issue is what to do about the prevailing deficit and the fact that Eskom will be living on the edge for some time yet.

Without doubt, the quickest and easiest way to bolster supply is to open the market up for small-scale embedded generators (SSEG) of up to 10 MW and to allow such generators to feed energy back into the Eskom and municipal networks. The allocation for the upcoming utility-scale procurement round can then be used as a balancing factor so as to ensure that the SSEGs, together with the central procurement, are in line with the IRP least-cost capacity deployment.

It is estimated that the combined capacity of projects, most of which are solar photovoltaic (PV) projects, seeking generation licences stands at more than 2 000 MW. A liberalisation of the SSEG market would result in many of the projects currently out for licence being implemented within months. This would go some way to extricate South Africa from load-shedding, or at the very least reduce the amount, as ranked by the various stages of load that is cut.

To implement the SSEG programme across household, commercial and industrial customers in a way that is least disruptive to municipal distributors and leads to least-cost deployment of new power-generating capacity requires the correct signals to be sent to the market – ones that incentivise grid integration and disincentivise load shifting and grid defection.

The restrictive approach adopted hitherto has done quite the opposite. It has forced embedded generators ‘under the radar’. As a result, investments are either too small from an economies-of-scale perspective, or are undertaken with a mindset of ‘grid independence’, whereby investors choose storage solutions over adding more solar PV capacity, which raises the overall system costs.

Before offering a win-win solution, it is important to understand the problem itself. For a residential customer looking to invest in rooftop solar PV, the main conundrum lies in the fact that the household load, with its peaks in the mornings and the evenings, does not match the solar system’s daytime production profile.

It may sound counterintuitive, but if such ‘prosumer’ – be it a residential, commercial or industrial prosumer – is either prevented from feeding into the grid, or is not fairly compensated for his or her production, the financial risk to the municipal distribution company actually rises. Instead of the assumed default of reducing the consumption from the grid by 33% through consuming 40% of the solar PV output directly and selling the balance to the grid, such a prosumer will respond by seeking to shift her or his load into the daytime hours, or by installing batteries to alter the load profile entirely. This will result in a much higher degree of self-sufficiency, which is the key metric relevant for the municipality.

Should the municipality instead pay that household a tariff for surplus solar PV generation that is sufficiently attractive to prevent the owner from shifting load or defecting, and should that tariff be lower than what the municipality is paying Eskom, the death-spiral threat is materially diminished. It can even be eliminated if the fixed grid charge is set at a level where it does not shock consumers, but decisively shifts municipal revenue to one based on the sale of energy-flows-enabling-infrastructure services rather than energy volumes.

In light of South Africa’s near-term supply deficit and the fall in solar PV costs, the opening of the market to SSEGs makes perfect sense. It is a no-regret move from a system cost perspective, because the deployed technologies form the majority of the required new-build mix from an IRP perspective anyway. SSEG is also the fastest way to ramp up much-needed capacity, owing to the granularity of the projects and that fact that many projects can be implemented in parallel.

Without question, yearly embedded solar PV capacity additions could quite quickly rise to 500 MW. With the correct market signals and an approach that embraces rather than shuns embedded generators, the roll-out can, at worst, be financially neutral for municipal distributors and, at best, help them transition to far more sustainable business platforms.

Dr Bischof-Niemz is one of the authors of a book titled 'South Africa’s Energy Transition', which offers a roadmap to a decarbonised, low-cost and job-rich energy future. He was the founding head of the CSIR Energy Centre and previously worked for Eskom on the Integrated Resource Plan. He is currently CEO of ENERTRAG South Africa.