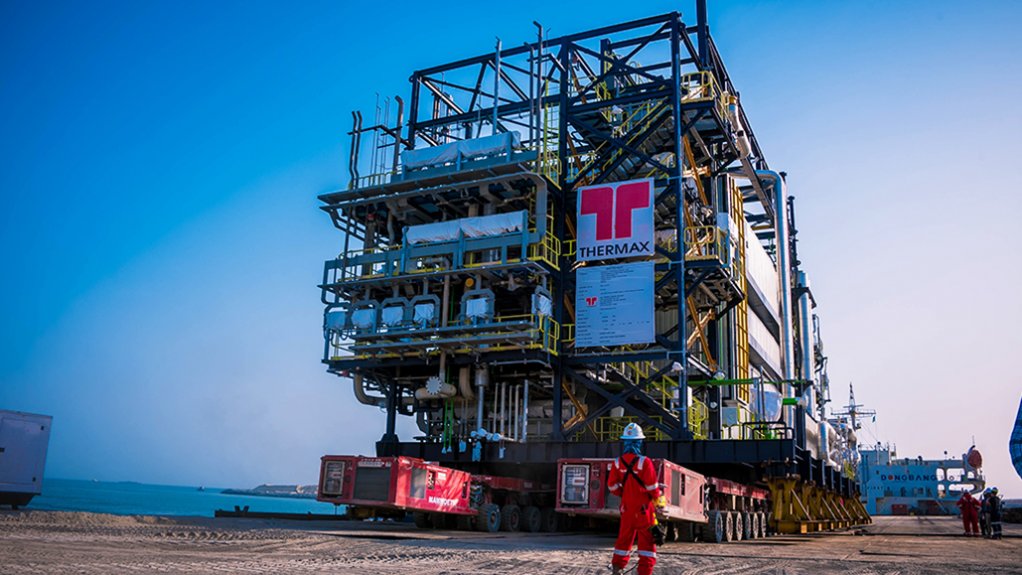 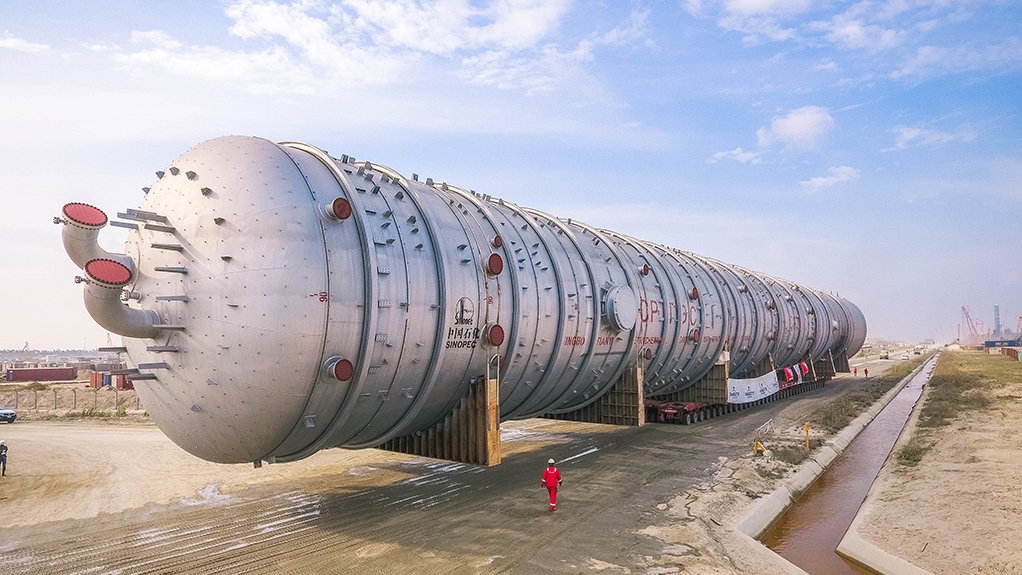 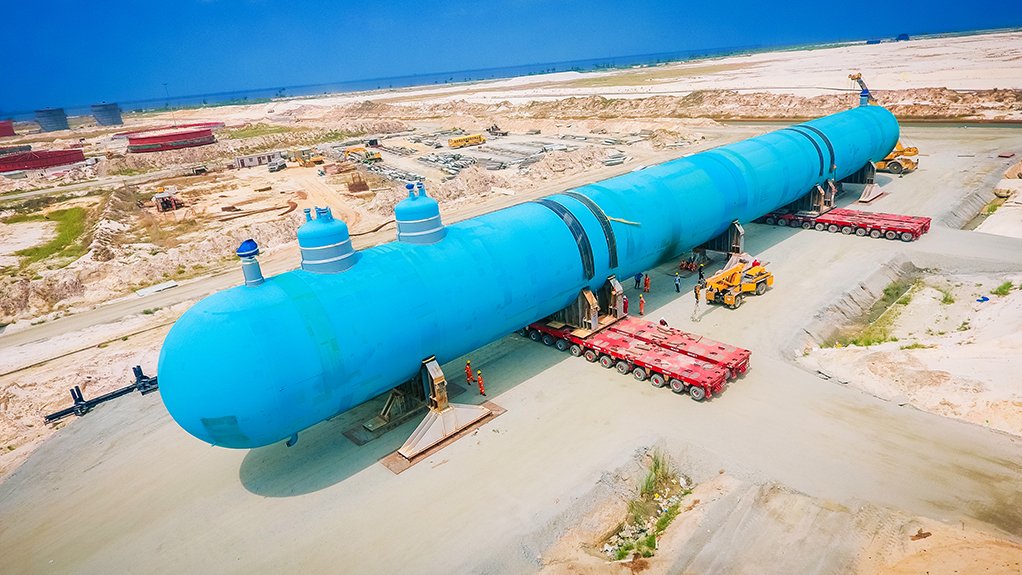 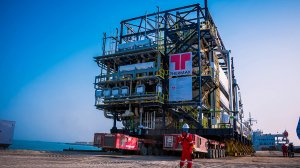 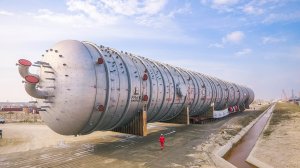 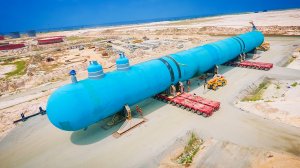 BIG DELIVERIES The components for the refinery project consisted of multiple shipments delivered to the purpose-built Dangote Quay Lekki in Lagos
ABNORMAL LOAD Mammoet transported a 2 000 t crude column, claimed to be the largest crude column globally
A MAMMOTH TASK Mammoet’s involvement concluded with the installation of a 1 240 t propylene mounded bullet

The demobilising of the equipment began in July.

The equipment had been deployed there over the past two years, with Mammoet’s involvement concluding with the final 1240 t propylene mounded bullet installed.

Mammoet was contracted in 2018 to assist in the construction of the refinery, and said in a statement that the project had been delivered on time. The scope of Mammoet’s involvement consisted of the receiving, inland transport, on-site lifting and installation of hundreds of refinery components.

The $10-billion refinery, owned by Nigeria-based industrial multinational conglomerate Dangote Group, is designed to produce 650 000 bbl/d of refined petroleum products. It is expected to be Africa’s biggest petroleum refinery and the world’s biggest single-train facility.

Once onstream, the refinery will increase Nigeria’s oil exports and reduce its reliance on imports of petroleum products, thereby boosting economic growth in Nigeria, generating about 9 500 direct and 25 000 indirect jobs.

“We are very honoured that the Dangote Group entrusted us with the entire heavy lifting and transport scope for one of the most significant projects in Nigeria and the West Africa region,” said Mammoet CEO Paul van Gelder in a statement.

The components for the refinery project were sourced globally and consisted of multiple shipments delivered to the purpose-built Dangote Quay Lekki in Lagos. They were then transported to the project site.

Prior to installation, the components were stored temporarily on freshly paved Enviro-Mat, which is Mammoet’s proprietary solution for native soil improvement. The Enviro-Mat was deployed to provide the main crane hard stands. The refinery project is the largest commercial project to date to use the Enviro-Mat ground reinforcement solution.

“Enviro-Mat was the best solution for this job given the characteristics of the land, as well as the speed of application to such a large area,” said Mammoet heavy duty pavement director Ronald Kleinjan in a statement.

“Enviro-Mat can be applied to any type of soil on site which means it is faster to install than conventional methods and requires less transport of materials and preparatory ground work, which also reduces carbon footprint,” Kleinjan added.

At the Dangote refinery, Mammoet applied the product to lay down areas, hard stands and crane pads equating to over 500 000 m2 of the site, which is located on reclaimed swamp land.

“As Mammoet’s presence in West Africa grows, it is a great flexible solution for projects in Africa because it is easy to transport to site, and it is quick and less disruptive to install,” Kleinjan said.

He noted that the African climate is ideal for applying the Enviro-Mat stabilisation technique.