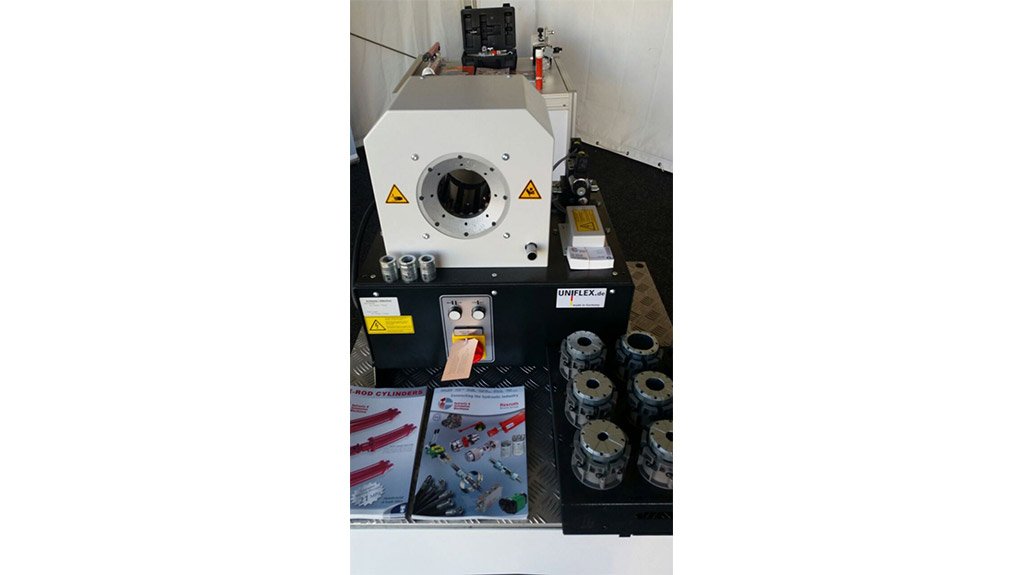 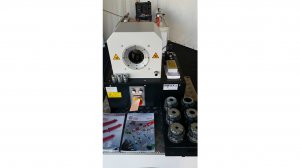 Hydraulic and Automation Warehouse (HAW), a subsidiary of Bosch Rexroth South Africa Group Company, has expanded its hose crimper offering with the addition of the Uniflex UG32 grease crimper to its range.

With orders ready for delivery in December last year, the UG32 launch was preceded with the arrival of the UG20 grease crimper, which was on display at the Nampo 2018 exhibition. Both of these crimpers are manufactured specifically for the Southern African market by hydraulic and industrial hose production company Uniflex-Hydraulik in Germany.

The UG20 grease crimper, which weighs 160 kg, is designed to crimp four-wire hoses from ¼ inch (6.35 mm) to 1 ¼ inch (32 mm) and the 200 kg UG32 is tailored to crimp from ¼ inch (6.35 mm) to 2 inch (51 mm) four-wire hoses. Each crimper comes standard with a quick-die-change tool, facilitating easier changes of the crimpers’ die sets, which is a significant contributor to mass hose production.

“We previously supplied crimpers to our clients from opposition companies,” says HAW branch manager Neville Alberts. Owing to product demand and the Group’s role in the fluid power market, the decision to supply a crimper that is unique to HAW was made.

“Being a German-manufactured product, the associated quality and reliability are a given, and both units are more cost-effective than those offered by competitors.

“Another advantage of this unique range is the fact that our quick-die-change tool is included in the unit price. There is already large demand for these crimpers, as evidenced by the interest shown at Nampo 2018, held from September 12 to 14, and the number of enquiries subsequently received. Now, with the group’s drive into Africa, we feel that this demand will increase substantially,” Alberts points out.

About ten units of each crimper arrived in early December and are available to clients immediately. However, crimpers outside this stockholding are ordered from Germany and require a four- to six-week delivery period.

HAW also supplies greaseless crimpers manufactured by Uniflex, which are imported on customer request only. They are ideal for environments where cleanliness is of utmost importance, and they require less maintenance than grease crimpers, although the latter is a more cost-effective purchase.

“The option to digitise these crimpers is also available, although there are pricing implications for this option,” Alberts notes.

While Uniflex manufactures this range specifically for HAW, the company will carry out its own branding as and when the imported crimpers arrive.