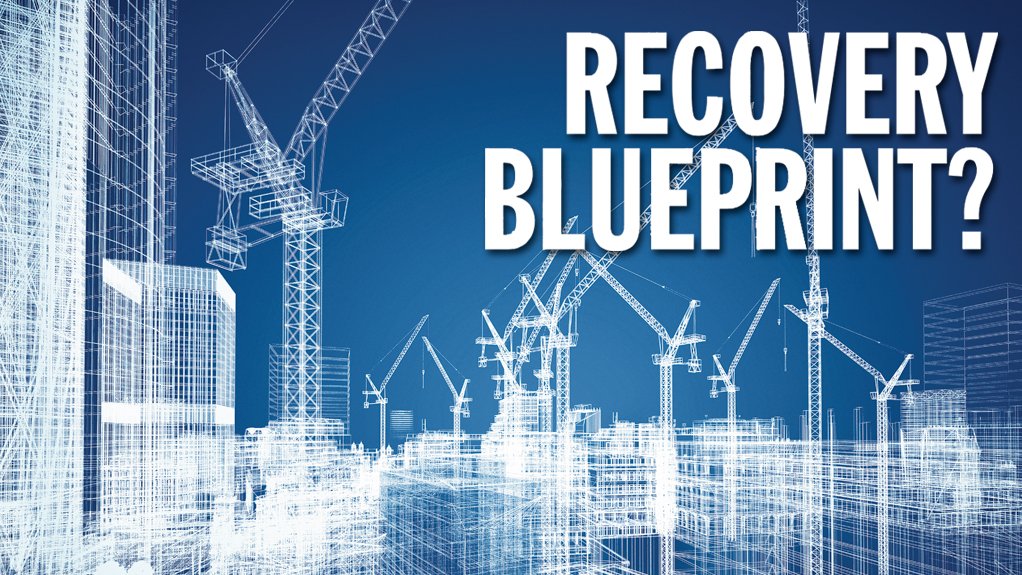 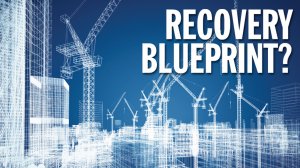 South Africa’s construction industry ground to a halt on March 27, as the nation entered a hard lockdown that would last weeks, in response to the global Covid-19 pandemic, which spurred governments worldwide to impose emergency restrictions.

Six months later, the industry is starting to get back on track, catching up on all delays as it adjusts to a new economic environment; however, questions remain as to whether this surge will be sustainable in the longer term.

Owing to the lockdown regulations imposed between April and June, construction activity in South Africa followed the sharp downward trend of virtually every other sector, Afrimat CEO Andries van Heerden says, noting that there was virtually no activity in every key indicator relevant to the construction sector, particularly in April.

As a result, the construction sector experienced a collapse of more than 30% in the second quarter of the year, compared with the comparative quarter in 2019, with Statistics South Africa noting a nominal decline in gross domestic product overall of 14.8% year-on-year.

“In line with GlobalData’s expectations of a sharp decline in construction output in South Africa in the second quarter of 2020 amid the Covid-19 pandemic, South Africa’s construction industry is forecast to contract by 14.3% in 2020,” adds data and analytics company GlobalData economist Yasmine Ghozzi.

Market intelligence firm Industry Insight indicates that the resultant job losses in the sector could be between 120 000 and 140 000 formal jobs, while a Master Builders South Africa analysis indicates that 60% of jobs in the construction industry are vulnerable and up to 20% will be lost in the short term.

The Afrimat Construction Index (ACI), a composite index of activity within the building and construction sector, also dropped to well below the 100 baseline level in the second quarter of the year. The ACI fell below the level of 100 for the first time in the first quarter.

As the second-quarter drop occurred under abnormal circumstances, it should not be mistaken for a likely future trend, economist Dr Roelof Botha, who compiles the ACI, warned at the time.

“After a disappointing downward trajectory during the latter stages of the Zuma administration, the ACI started to regain some stability from the first quarter of 2018 onwards. Prior to 2020, the ACI had permanently been above the base period level of 100. During 2018 and 2019, the value of the ACI was 14% higher than in the base period in the first quarter of 2011.”

Meanwhile, the subsequent systematic easing of lockdown regulations has led to a V-shaped recovery for most key sectors of the economy, says Van Heerden, noting that contractors and builders are now under pressure to catch up on lost construction time.

Van Heerden points out that the move to Level 4 in May allowed selected operations to get back into production, which was followed shortly thereafter by blocks of recoveries in June as more operations reopened.

“July, August and September have been exceptionally good months for the construction materials industry. Volumes have been very good,” he tells Engineering News & Mining Weekly, adding that many construction materials suppliers have seen spikes in demand as contractors return to sites, attempt to recover some of the incurred losses and try to catch up on the many now-delayed projects.

Further, the subsequent relaxation of lockdown regulations is paving the way for a bumper fourth quarter for the construction sector, bolstered by the overtime work facilitated by the summer months when there is almost 14 hours of daylight.

PPC’s cement operations ramped up in May, and double-digit year-on-year growth of cement volumes in South Africa was experienced in June and July. This continued at a high rate in August and September.

“For these two months combined, PPC expects volume growth of more than 25%, when compared with the prior year. The resumption of construction activities and the temporary effect of high activity in construction projects to catch up on the delivery of these projects have had a positive impact on our performance,” PPC says.

Afrimat is also experiencing higher volumes, when compared with the prior comparative period.

“For the period July, August, September and October, this momentum is carrying through; however, we are not sure how sustainable this will be,” Van Heerden notes.

PPC is also cautious about the sustainability of strong cement volumes being experienced, given the inherent uncertainty of the current South African economic environment, and is continuing with the implementation of measures to reduce costs and increase cash generation from its operations.

GlobalData expects that there will be an improvement in the second half of the year, as construction sites and mines resume operations; however, the firm is cautious in its outlook.

Prior to the Covid-19 pandemic, the sector was already battling in an environment characterised by low levels of investor and business confidence, high interest rates, declining levels of public-sector expenditure on infrastructure and a slowing economy.

Research and Market’s ‘Construction in South Africa – key trends and opportunities to 2024’ shows that the local construction industry has been in decline since 2017, with the industry's output value in real terms contracting by 3.3% in 2019.

“The lack of work resulted in massive unemployment and many companies closed or went into business rescue. Then Covid-19 came along and put everyone on the edge,” says Construction Covid-19 Rapid Response Task Team (CC19RRTT) chairperson John Matthews.

In line with this, the CC19RRTT was formed during South Africa’s lockdown to lobby government to reopen the sector earlier than initially planned and for change that would facilitate the recovery of the embattled sector.

Despite near-term challenges, the medium- to long-term outlook seems positive, and a number of potentially strong growth drivers have started to emerge that could bolster construction activity during the rest of the year and into 2021.

Over the short term, investment in the construction industry will be driven by government spending in the infrastructure sector, with 51 infrastructure projects declared strategically important and gazetted for fast-tracking in July.

“Work on the projects should start before the end of October 2020, or, at the very least, tenders should have been issued in this time,” says Van Heerden.

In line with this, he says that the South African National Roads Agency Limited has already started awarding contracts on the N3 in KwaZulu-Natal.

“That is a good sign. If some of the work promised from the infrastructure programme materialises, it will be the stimulus we are waiting for.”

In the meantime, he sees a “good run” until March, when many large contracts come to an end.

Post-Covid-19, the South African construction sector will be one of the building blocks upon which economic recovery and job creation can be achieved, Matthews comments.

In an effort to revitalise the building and construction sectors overall, including related peripheral industries, the CC19RRTT is evolving into a more inclusive organisation.

“The reactivation of committed construction projects was imperative both for job creation and for the many South African homeowners whose lives have been severely impacted. It is also what prompted the industry itself to take action,” adds Evergreen Property Investments MD Cobus Bedeker.

“The construction sector is already working together to respond to the impact of Covid-19 and ensure the sustainability of this industry over the coming months so as to play its part in our country’s economic recovery.”

“We started out as six organisations wanting to do something. We now have 34 organisations, and counting, that have joined. We have a very clear industry action plan with short-, medium- and long-term goals. The short-term [goal] was the unlocking of the industry; this has been ticked,” Matthews tells Engineering News & Mining Weekly, noting that the team assessed the impact of Covid-19 restrictions on the built environment and construction sector and formulated a recovery plan.

Now, the task team, comprising contractors, built-environment professional services firms, property developers, manufacturers and professional associations, besides others, is turning its focus to medium- and long-term ambitions, the proposals of which have been submitted to government.

Other initiatives include the identification of infrastructure project opportunities in both the public and private sectors, addressing regulatory matters that are unintentionally impeding the industry and addressing systemic challenges and fast-tracking interventions.

The CC19RRTT also aims to assist in recapacitating of the State to be able to drive the public infrastructure development processes, efficiently and effectively.