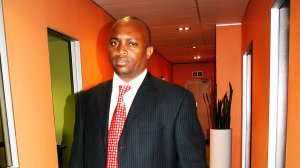 South African company GSC Energy, a subsidiary of GSC Holdings, has entered into a 27-year partnership agreement with the Cameroon government and will undertake a $2.2-billion project to construct ten solar parks to help the country meet its energy needs.

The partnership translates a construction period of two years, before reaching commer-cial close, and a 25-year power purchase agreement.

GSC Holdings founder and chairperson Steven Moti says the project will be rolled out in the second half of this year, mainly in the north-ern provinces and those in the extreme north.

Each solar park will have a capacity of 50 MWp and this will increase Cameroon’s generation capacity by more than 50%.

The project will create up to 4 000 direct and indirect jobs at its peak and produce enough energy to power more than 50 000 homes, offsetting more than 70 000 t/y of carbon dioxide.

“We recognise the need for alternative sources of energy in West Africa because of the strained energy demand and supply, owing to low production capacity. This project will help Cameroon reach its renewable-energy goals, while providing the benefits of clean and affordable renewable energy for residents. This private-sector-led project is a major step in cementing relations between Cameroon and South Africa,” says Moti.

GSC Energy expects to use resources from South Africa and Cameroon and intends to train a team of engineers to boost local economic development with its local suppliers and generate jobs.