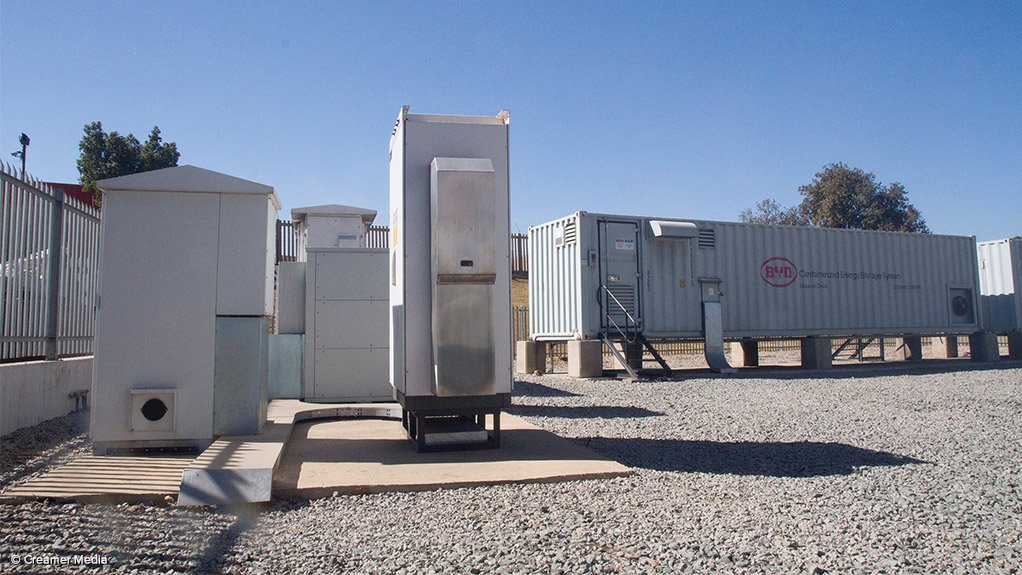 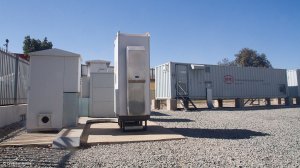 The standalone cost of battery energy storage remains above South Africa’s prevailing, albeit rising, electricity tariffs, but could already be commercially viable in some instances when the “stacked benefits” of the technology are taken into account.

A levelised cost of electricity (LCOE) study undertaken by Mott MacDonald Africa, based on a vanadium redox flow solution raging in size from 1 MW (6 MWh) to 20 MW (120 MWh), calculated the LCOE of battery storage to be between $0.23/kWh and $0.45/kWh.

The battery LCOE was already below, in some instances, the $0.40/kWh calculated for generation using diesel and only marginally above Eskom’s winter peak tariff of $0.20/kWh. However, it remained well above the $0.10/kWh LCOE associated with coal and nuclear, as well as Eskom’s summer tariff.

Nevertheless, Mott MacDonald Africa’s Paul Tuson argued that the viability of battery storage would continue to improve as battery costs declined and that, in some cases, such systems could already be commercially justified when the associated, or stacked, benefits were also considered.

Speaking at ee publishers’ SA Energy Storage 2017 conference and exhibition taking place in Gauteng, Tuson listed these as being: load or peak shifting; the provision of reactive power, load following; a reduction in losses and network congestion; grid reliability improvements; the potential to defer other capital projects; facilitating the connection of additional load; the smoothing of intermittency associated with the integration of variable renewable energy; the provision of ancillary services, such as frequency and voltage stabilisation; the replacement of expensive diesel generation; and improving the operation of off-grid hybrid schemes.

“There is potential for this technology to become a disruptor in the same way that wind, solar photovoltaic (PV) and embedded generation have been a disruptor in the last five to ten years,” Tuson said, highlighting that the price of battery energy storage was expected to fall significantly in the coming decade.

Eskom group executive for transmission and acting group executive for risk and sustainability Thava Govender concurred on the value that battery energy storage could offer grid operators, but was more circumspect regarding the rate at which these solutions were likely to be integrated.

Govender, who highlighted the research, development and testing the utility was already undertaking in this area, suggested that the first commercial deployments of battery energy storage was only likely in five years from today.

Eskom senior consultant Peter Langley noted that the utility was already testing two battery energy storage systems at its research centre in Rosherville, south of Johannesburg, and expected to add a further two systems by May.

“We have already determined that battery storage will be effective at grid scale  . . . and we believe that large batteries could be a solution to Eskom’s need for increased flexibility,” Langley explained.

The requirement for flexibility would rise as the penetration of variable renewable energy increased in South Africa’s network – a prospect that remained strong despite the current delays to the renewables programme, owing to South Africa’s formidable solar and wind resources and the sharp fall in onshore wind and solar PV costs.

Moeller Poeller Engineering cofounder and MD Dr Markus Poeller said that, while the need for flexibility was all but unnoticeable at renewable-energy penetration rates of below 5%, it did increase slightly at penetration levels of 10% and higher.

However, the requirement for solutions, such a batteries, to provide both flexibility and stability would increase materially once variable renewables generators were contributing more than 50% of the electrical energy in the network.

Describing such a scenario as “phase four” of the transition to renewable energy – where the earlier phases were associated with either minor renewables contributions, or where the flexibility requirement grew, but where the stability issues were not pronounced – Poeller said the need for storage was likely to increase. This requirement would increase even further in phases five and six, where variable renewable energy generators would contribute between 80% and 100% of the energy.

Although flexibility outcomes could also be derived from the introduction of flexible power plants and demand response schemes, Poeller argued that the advantage of short-, medium- and long-term storage lay in the fact that such solutions would also assist with grid stability.

Even today in systems that do not have high renewable-energy penetration rates, systems operators are decoupling the ancillary services from generator dispatch. By providing all active power reserves through storage they are able to dispatch conventional generation more economically.

“My prediction is that, within the next five or ten years, all operating reserves will be delivered by storage, irrespective of variable renewable energy,” Poeller said.