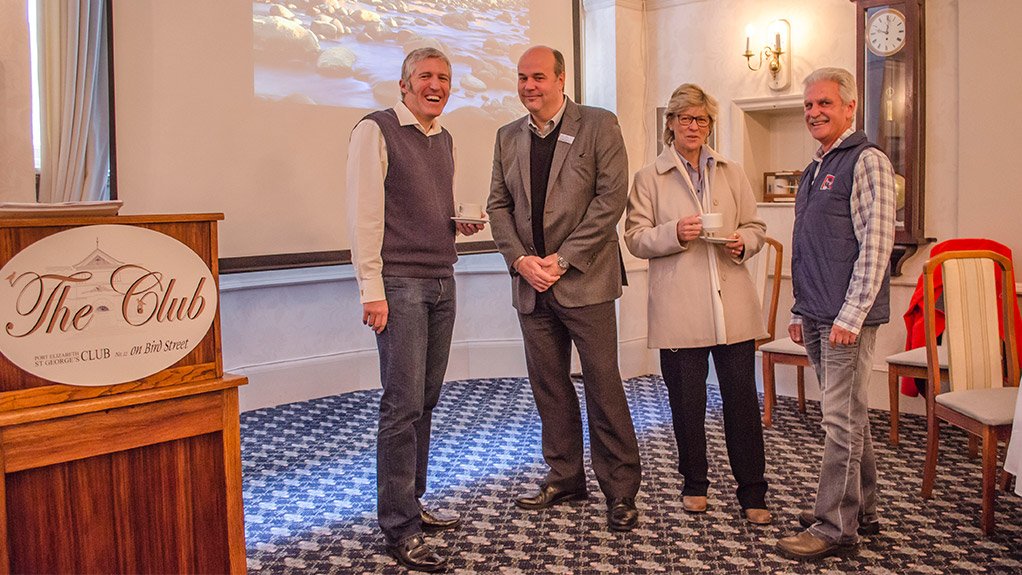 As government chases legislation to enforce the implementation of green building principles, analysts advise that embracing sustainable development is crucial for all sectors of South Africa.

On the back of these moves to strengthen South Africa’s already significant switch to more sustainable buildings in the wake of the energy crisis of 2008, government is providing both the carrot and stick to get the private sector to follow suit.

Allen, a lecturer in building science within the department of construction management at NMMU, said: “The real benefits to green buildings start to accrue when it comes to their running costs. The commercial reality is that their running costs are 30 to 40% down on conventional developments. Added to this is a similar improvement in the productivity levels of people working in green buildings as a result of increased natural lighting levels, ventilation rates and even how those commuting to these buildings get there.”

Last year a research report by Allen and fellow NMMU academic Katharina Crafford based on Rhino Group’s showcase House Rhino – which is an energy-plus home located at Crossways Farm Village outside Port Elizabeth – was hailed at a global conference in the UK. African Energy-Plus construction: A case study of House Rhino received the Chair’s Award at the Sustainable Ecological Engineering Design for Society international conference at Leeds Beckett University.

“Due to the energy crisis that South Africa has experienced over the past seven years, challenging preconceived ideas by creating attractive, affordable, energy efficient buildings has become critical to offsetting massive cost increases for electricity,” reads the research report.

Van Niekerk said there were already a myriad of avenues for corporates to reduce their energy consumption without implementing major or costly energy savings systems.

“During our energy efficiency audits of major businesses and retailers, many of the buildings which we go into don’t meet basic energy efficiency requirements. By making simple changes in their daily operations, those businesses have saved tens of thousands of rands on energy costs,” said Van Niekerk.

Often businesses neglected making the most of the space at their disposal, said Van Niekerk. Rhino Group has recently completed a 3MW solar installation for a client in Johannesburg – using mounted solar panels with the dual purpose of creating undercover parking for the client.

It takes typically seven years for a landlord to cover the costs of solar installations, said Van Niekerk, adding: “It’s a very good investment. For landlords, when you look at the return on investment, you can protect yourself by having renewable energy to cover you in case tenants default – plus you’re greening the building for the tenant.”

McEwan, whose company also undertakes energy audits for major companies, said one recent audit revealed that the a medium-sized retailer could save more than R12 000 annually – or reduce their carbon dioxide emissions by 10 tonnes – simply by changing the setting on the air conditioning system from 18˚C to 22˚C.

SAPOA Port Elizabeth chairman Mark Bakker said while the perceived cost of developing a green building has always appeared to be prohibitive, “one needs to take into account not only the direct savings that will be made by using alternate sources, but also the indirect benefits that will be gained through higher achievable rentals, longer term and happier tenants”.

“Property owners need to explore the ‘going green’ avenue, not only because government is implementing requirements or because ‘it’s the right thing to do’, but also because in the longer term they will benefit from happier tenants,” said Bakker.