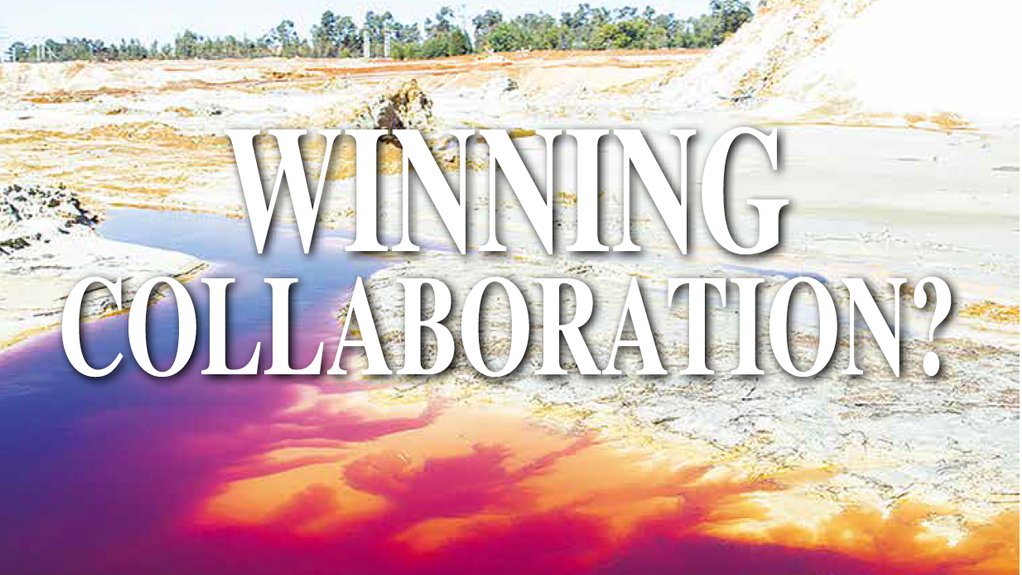 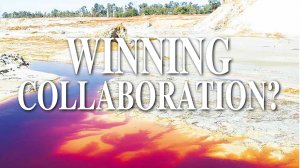 JOHANNESBURG (miningweekly.com) – Acid mine drainage (AMD) is regarded as one of the greatest environmental challenges ever faced by South Africa, says Department of Water and Sanitation (DWS) mine water management chief director Marius Keet.

During a recent seminar on the need to rehabilitate mine-contaminated ecosystems, he also warned that AMD was negatively impacting on the quality of surface and groundwater, but that the various solutions in place were yielding positive results.

Keet said other risks posed by AMD included damage to the natural and built environment, including world heritage sites, such as the Cradle of Humankind, in Gauteng; the flooding of mines, which sterilises reserves; the manifestation of sinkholes and seismic activities; and the destruction of agricultural potential.

Government was well aware of these threats and had implemented short- and long-term strategies to address the challenge of AMD, he added.

There are three high-density sludge (HDS) treatment plants in operation in South Africa – which form part of the short-term solution – across the Witwatersrand mining basin, comprising the Far East, Central Rand and Western basins.

Keet stressed that all the HDS plants worked “perfectly well”, as, according to the DWS, about 190-million litres of AMD was pumped each day from underground to treatment plants, where the water was treated to a level where it could be discharged back into the Vaal and Crocodile (West Marico) river systems.

He conceded that, since the limitation of the HDS plants was the partial amelioration of the salinity by about 50%, the water was “not always the best quality”, but that it “certainly was better than free-flowing, untreated AMD decanting into these river systems”. The HDS plants were therefore assisting in protecting the environmental critical levels (ECLs) in the basins.

Keet noted that protection of the ECL in the Central and Eastern basins had been achieved. “In fact, the water levels in these basins are currently not rising, but dropping. The decant from the Western basin has also been reduced significantly.”

There had been “good engagements” with the Department of Mineral Resources to develop a strategy to reduce water ingress into mine voids, he said, adding that, if the ingress could be reduced, there would be less AMD to pump and, therefore, less of it to treat.

LONG-TERM SOLUTION
The DWS’s estimated R12-billion long-term solution for the AMD challenge is to produce fully treated water that will signifi- cantly increase water supply to the Vaal river system and defer the need for further costly augmentation beyond Phase 2 of the Lesotho Highlands Water Project for at least 30 years. This would allow for the AMD-treated water to be suitable for domestic and industrial use.

Keet noted that there had been “much progress” to date in ensuring the implementation of the long-term solution, scheduled for implementation by 2021.

In May 2016, the State-owned Trans-Caledon Tunnel Authority was directed by Water and Sanitation Minister Nomvula Mokonyane to implement the long-term AMD solution in the Witwatersrand.

The strategy for the appointment of the engineering professional services provider entailed appointing an initial consortium (joint venture) of engineering consultancies to optimise the design and layout of the desalination plant/s, including potential bulk offtakes. The tender process is under way, with the award of the bid planned to take place before year-end.

The DWS has established a unit to focus on mine water management and water quality, with efforts being made to ensure that it operates as a fully integrated entity within the department.

“We are investigating the implementation of a new environmental levy for operational mines to cover part of the cost of implementing the long-term solution. This is being discussed among industry stakeholders, including the National Treasury and the Chamber of Mines of South Africa.”

Further, Keet said the implementation of a waste discharge charge system, which seeks to promote waste reduction and water conservation and deals specifically with effluent discharge had been resumed, but the DWS intended to develop regulations to effectively tax industries, including mines, that were releasing polluted water into the water system.

The idea is to ensure that the money raised from this is ringfenced for the water catchment areas where the pollution has occurred to ensure the water quality of the catchment.

Public–private partnerships are in operation, such as the Strategic Water Partnership Network, with mining companies and State-owned entities also involved, including the Water Research Commission, Anglo American, Exxaro, South32, Glencore and Eskom.

Further, he noted that the Mine Water Management Policy was gazetted in July and that public consultations were under way. The policy aims to improve water quality management and ensure the reduction of water pollution, including through AMD.

The policy also strives to strengthen the protection of water resources from mine water contamination in the short to long term. It is meant to provide a basis for holding parties responsible that are potentially liable for the negative effects of AMD-related pollution.

“This policy is, moreover, intended to provide a relevant and appropriate legislative remedy to foster a proactive mine water management policy,” Keet stated.

PILOT PROJECT PROPOSAL
Local environmental watchdog the Federation for Sustainable Environment (FSE) has proposed the establishment of a pilot project to address the waste and pollution legacy of mining in the Witwatersrand basin, with a clear link between the potential for revenue generation through materials reclamation and comprehensively addressing the entire rehabilitation challenge through the participation of all stakeholders.

This idea is promoted in FSE CEO Mariette Liefferink’s booklet, titled Rehabilitation of mine contaminated ecosystems: A contribution to a just transition to a low carbon economy to combat unemployment and climate change.

Liefferink sketches the background and extent of the challenge and the legislative and regulatory context, as well as the impera- tives for “urgent action” and focuses on the Tweelopiespruit wetlands area, on the West Rand, for a potential pilot project.

She says communities that will benefit the most from the rehabilitation project are the residents of informal settlements in close proximity to the Tweelopiespruit, such as those in Randfontein, the Mogale City local municipality and Westonaria, all of which are densely populated and have high rates of unemployment.

The project can employ 100 people, who would be responsible for the rehabilitation of the Tweelopiespruit, the receptor dams and wetlands over a one-year period, Liefferink contends.

“The possibility exists to even expand this project to other mine-contaminated wetlands and rivers on the West Rand’s goldfields, which could create jobs for an additional 300 persons over a year,” she states.
Work on pollution remediation and ecosystem rehabilitation are within the rubric of climate jobs, as it is necessary to address the growing vulnerability of communities to climate change impacts, and the ongoing natural-resource degradation that is deepening poverty and inequality, Liefferink comments.

“While such work is, in theory, the responsibility of the mining companies involved, there has been a failure in duties of care and the urgently needed interventions require concerted action by the State, which is also necessary to realise the potential benefits for impacted communities.”
Liefferink points out that gold and uranium mining in the Witwatersrand goldfields has resulted in the contamination and destruction of wetlands, as well as negative impacts on biodiversity and soil, groundwater and air quality. She adds that mining has also “exacerbated the adverse impacts of climate change”.

She warns that poverty and vulnerability to climate change will increase, and the prospects for future generations will be further compromised if measures are not taken in the short term to help communities adapt.

Liefferink asserts that the extractive sector can – if responsibly managed – mitigate its impact on natural systems and resources, and contribute to economic growth and development by developing and implementing programmes for the remediation of contaminated wetlands, ecosystems, receptor dams and rivers.

The potential to recover metals during rehabilitation and use the revenues generated to contribute to the costs of clean-up are recognised by the mining industry and, after the reclamation of metals, the residue can be disposed of in an operational residue dam to significantly reduce any further impacts, she explains.
Establishing a link between extractive industries, their impacts and climate change should serve as motivation for ecosystem rehabilitation, with tangible socioeconomic benefits for local communities during and after mine closure.

“Government exercising its responsibilities for addressing mining legacy wastes and continuing AMD treatment, while holding the private sector accountable, offers an important opportunity for participatory development that would alleviate poverty and reduce vulnerability in not only the short term but also the future,” Liefferink concludes.