Govt, business and labour to up partnership game in 2017 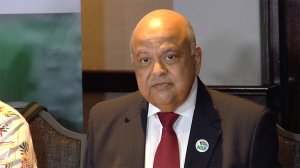 The partnership between civil society, labour, business and government that recently averted a near-downgrade of South Africa’s investment rating will “lift its game” next year to ensure that citizens start to experience change, according to Finance Minister Pravin Gordhan.

Speaking at a World Economic Forum (WEF) briefing on Tuesday, Gordhan noted that South Africa’s positive developments far outweighed the negative developments, adding that its political disconnect was mild compared with what he described as the “new, new normal” globally. He further noted that the country was nevertheless working collaboratively so that South Africans could feel the difference.

Gordhan’s comments emerge as ‘Team South Africa’ prepares to present a united front in the midst of changing global dynamics ahead of the WEF’s yearly meeting, which is taking place in January, in Switzerland.

Over the past year, government has been building a partnership among stakeholders that saw several notable achievements, Gordhan told media.

The stakeholders within the alliance, sparked in part by the threat of the country being downgraded to junk status by ratings agencies, are now expected to start the conversations required to develop new ideas to make a “bigger difference” in the new year.

Telkom chairperson Jabu Mabuza, who was part of the panel presenting the pre-WEF meeting plans, added that investment was about confidence and business was working closely with government and labour to build that confidence.

“[However], those good things are not scalable at this point in terms of gross domestic product (GDP), and that’s the challenge [facing] growth and inclusivity issues.

“Our singular purpose as a country is to get the growth, make it more inclusive, restructure our economy, get more competition going and [provide] the black community, who are still largely marginalised in the economy, with a lot more opportunities structurally to participate in the economy in a meaningful way,” he said.

Gordhan, who had earlier on Tuesday engaged business leaders in a closed pre-WEF meeting, explained that the volatile dynamics of the global environment and the unpredictable dynamics across the US and Europe, compounded by the political uncertainty that plagued most countries, presented dangers of inequality, unequal GDP distribution and high levels of mistrust.

Mabuza assured, however, that in South Africa, stakeholders have joined hands.

“We understand South Africa’s political noises, but it is not unique to South Africa,” he averred.

Economic Development Minister Ebrahim Patel further pointed out that the world had changed “quite dramatically” since the last WEF meeting, citing Britain’s exit from the European Union, the intense US elections and Brazil’s domestic policies upheaval and Presidential exit, among other global factors.

“The key message is, how do we manage the impact of that turbulence and manage our own story at Davos,” he said, adding that South Africa needed to sharpen its investment case.

Patel explained that South Africa was no longer able to rely on global tailwinds and it was now time for the country to create its own tailwinds to mitigate the global headwinds.

The upcoming WEF meeting will see the gathering of world leaders in Switzerland, from January 17 to 20, under the theme Responsive and Responsible Leadership, with the forum calling for more agile, inclusive and collaborative responses to address the “complexity and uncertainty in people’s lives”.

To the WEF, “responsive leadership” means the recognition of the increasing frustration and discontent among those not experiencing economic development and social progress, requiring “a deeper commitment” to inclusive development and equitable growth nationally and globally.

“In the end, leaders from all walks of life at the annual meeting in 2017 must be ready to react credibly and responsibly to societal and global concerns that have been neglected for too long,” the WEF highlighted in the premeeting global agenda overview.

The appeal was to have leaders undertake collaborative efforts to lift investment growth and increase trade, with responsible leadership visibly demonstrating integrity and being nurturing, Gordhan pointed out.

“It is imperative that we again shape such systems through more inclusive development efforts. Enhanced international cooperation and earnest multicultural dialogue are critical to advancing innovations for greater societal impact,” the WEF said.