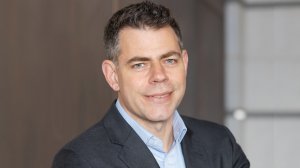 JOHANNESBURG (miningweekly.com) – If Pan African Resources is able to work with all stakeholders to get the long-life, high-margin, safe and sustainable R2.5-billion Mogale Gold surface tailings project going, it will be to the benefit of its business, local communities and the entire Mogale area.

“It’s the sort of project that's good to do. It's a win-win for everybody,” Pan African Resources CEO Cobus Loots told Mining Weekly in a Zoom interview. (Also watch attached Creamer Media video.)

The project area, near Krugersdorp, west of the Golden City of Johannesburg, is currently characterised by limited employment, illegal mining and environmental degradation.

The DFS points to operating costs being at an incredibly low level of R78/t – and the $914/oz all-in sustaining cost would, without doubt, have investor ears pricking up, no matter where they happened to be in the world.

Although treating Mogale material alone would put Pan African in a position to boost its output by 25%, propel it further into midtier gold producer status, and give it an $800/oz-plus margin at the current gold price, moves are already afoot to potentially embrace the very large Soweto Cluster resource as well, which would stretch operating life by eight years beyond Mogale’s 13-year life-of-mine longevity.

“Our track record speaks for itself,” said Loots, of the London- and Johannesburg-listed company's ability to build tailings retreatment plants that pay for themselves in a blink of an eye.

“That track record is something that we’ll look to build on in progressing Mogale,” said Loots.

The project’s economics involve a pre-tax net present value of more than R1-billion, an ungeared internal rate of return of 20.1% at a gold price of $1 750/oz, and production within 18 months to 24 months from the start of construction.

Project funding options under consideration include offers of debt finance from financial institutions and other third-party financiers.

These are some of the questions Mining Weekly put to Loots:

The big focus is on Mogale but what is the production upside potential of Mintails SA’s Soweto Cluster?

Loots: If we can add Soweto in due course, that's going to bolster the production to quite a bit more than 50 000 oz per annum – and then also extend the project life to about 20 years, so you're going to have a low-cost, low-risk surface operation for 20 years, which we think is very attractive.

What is being indicated from the further technical work being carried out on the Soweto Cluster?

We’re doing some drilling and some studies on Soweto, and I think by the end of August we will have a very good idea of the resource we have at Soweto, and we’ll take it from there. But the base case for us is really Mogale, and if a project works using only the Mogale resource, then we think it's really robust.

What technology will Pan Africa be deploying to recover gold from this surface material?

The beauty is there's no new technology that has to be proven. It’s stock standard hydro mining that we utilise elsewhere in the group, and then a very large carbon-in-leach (CIL) processing facility. The cost per ton is incredibly low in terms of the study we worked on.

How green and clean will Pan African be at Mogale and what are the chances of Pan African generating more of its own solar power?

As part of the next phase of studies, we need to bring in a solar facility, at the very least. As you know, Pan African was the first mining company in South Africa to commission a large-scale solar facility at our Evander mine. That's now been operational for more than two months, and we've seen huge cost-saving benefits already. Economically, it definitely makes sense and we're going to do those studies and the benefit of any such a plant is not yet factored in, so that will just add to the attractiveness of the project.

How will turning Mogale Gold to account benefit the nearby communities?

There's no doubt that if we proceed to construct and operate, it would be a huge benefit. The area currently has very limited employment, huge Zama-Zama activity, and environmentally it’s a disaster – that’s the only way to put it. If Pan African gets involved, there’ll be economic opportunity, local procurement, and a number of job prospects and opportunities, both during construction and then during ongoing operations, so we're very excited about the positive impact we can have in that part of the world if we then proceed towards construction.

When will the many gold dumps that still occupy ground between the Johannesburg City Centre and Soweto be turned to account and recovered to give Sowetans a chance to spend less time in taxis and live closer to town?

I think between ourselves, DRDGold and Harmony Gold, most of those dumps are spoken for, and in the next couple of decades, you should see most of those resources processed and deposited elsewhere.

Where is Pan African now positioned as a gold company?

We've taken incremental steps, smaller steps, so as not to risk what we have already, and our value proposition. We describe ourselves as a long-life, high-margin, safe and sustainable producer. Anything we do has to fit within that framework and we’re excited about the future. Our production guidance for the year just passed was 200 000 oz and we have very exciting growth into the future. Our cost base is manageable. That means we can sustain margins, so, overall, I think we're in a good position.

Comprising various individual dams, the Mogale gold tailings storage facilities contain a probable mineral reserve of 123.6-million tons of re-mineable material at a head grade of 0.29 g/t for an estimated content of 1.14-million ounces of gold.

A throughput of 800 000 t a month from Mogale through the carbon-in-leach plant is envisaged, compared with Elikhulu’s 1.2-million t a month.

Extending the group’s solar renewable energy photovoltaic footprint would be in line with its decarbonisation strategy and strategic production cost reduction initiatives.

Both gold assets are 100% owned by Mintails SA, which was placed into provisional liquidation in 2018.

The deadline for fulfilment of the conditions to conclude the Mintails transaction was extended to August and included the completion of a fatal flaw analysis, prefeasibility study and the DFS.

To improve mineral resource confidence a light detection and ranging survey of the entire project area was undertaken to ascertain tonnages, grades verified by twinning 25 of the historical holes, and 82 new boreholes drilled in areas with sparse data. The combined drilling totalled 2 761 m resulting in 1 877 samples and 187 control samples, resulting in the remodelling of all available resources.