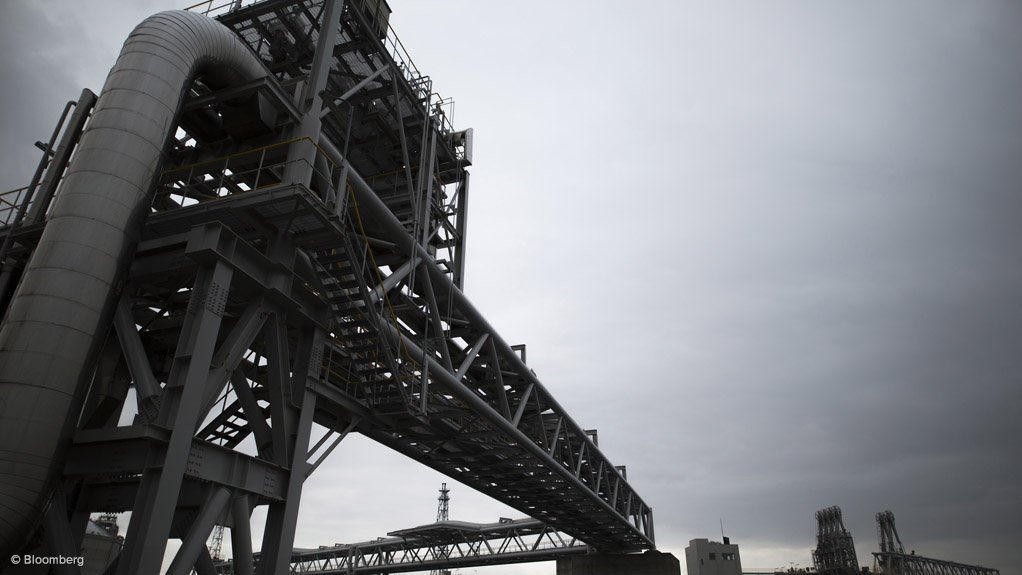 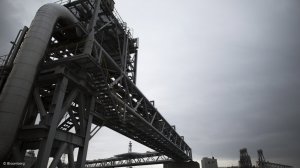 With the global metals and mining markets having faltered under the weight of Covid-19 pandemic-driven lockdowns, demand outside of China was “tepid at best and in freefall at worst”, says global research and consultancy group Wood Mackenzie (WoodMac).

From a mined commodities perspective, however, WoodMac vice-chairperson Julian Kettle says China represents a large economy that is returning to life as it “sucks in raw materials and produces its way out of trouble”.

In a metals outlook summary published by WoodMac on October 6, he explains that China was “something of a lifeline for the embattled global economy and its industrial-led recovery supported a retrieval for most metals’ prices back to pre-pandemic levels by October 2020”.

Despite this, Kettle notes that few analysts had been bullish about the near-term prospects for the metals industry, as questions remained late in 2020 about who would be able to consume the products China is churning out.

However, in the past year, the demand for mined commodities has continued to recover strongly, as it was boosted by pent up post-lockdown demand, restocking and debt-fueled stimulus programmes.

These programmes have been almost universally linked to a green “build back better” decarbonisation agenda, which Kettle says is reflective of strong demand and supply constraints.

For example, London Metals Exchange (LME) metal prices, led by copper, are 20% to 67% higher year-to-date than they were in 2020. For neodymium oxide, which is critical to produce permanent magnet motors, prices have risen by over 100%.

But Kettle questions whether prices are being driven by structural or transient factors and if the market has baked into prices the dynamics of an accelerated decarbonisation pathway.

“Market participants have latched onto the energy transition as heralding the start of the next supercycle given the scale of the demand pull from metal intensive renewable energy generation, storage and electric vehicles,” he comments.

“The last supercycle was driven by China’s infrastructure and industrialisation build-out and ran for around a decade. The next supercycle will be multi-decade in duration.

“It will take that long for the world to wrap its arms around the challenge of achieving net-zero carbon emissions and it will consume vast quantities of base and critical metals,” he elaborates, noting that “the energy transition truly does start and end with metals”.

He explains that, over the short- to medium-term, supply will likely become increasingly price inelastic with power rationing and restrictions on smelter output growth in China.

“With the capacity cap in China only a few years away, future output growth will become a function of higher utilisation rates.

“In the rest of the world, as high carbon fuel sources such as coal are removed from electricity generation without a one-for-one replacement from renewables at the same price, we are likely to see cost inflation for smelters. This is already taking shape in Europe,” Patel explains.

However, the market is set to tighten on China supply constraints and strong demand growth, he forecasts, noting that the aluminium market is set for a period of tight market balances and high prices after several years of weak prices and elevated global stocks.

In the rest of the world, despite the recent announcement of a restart of Alcoa’s 268 000 t/y share of the Brazil-based Alumar smelter, production growth has been flat-to-steady.

Meanwhile, Patel stresses that “demand growth has raced away this year” and that it is set to remain firm over the next few years.

This has generated a 1.8-million-tonne swing in the global metal balance from last year.

Firstly, rising energy prices, as evidenced in Europe, and power restrictions in China, will raise the support for higher prices.

“This is the paradox for the aluminium sector – it is at the heart of the energy transition in terms of material demand, but it is also a part of the climate change problem. High power requirements, especially from high carbon energy sources and its key role in energy transition technologies, leave the metal on either side of the shift to a low carbon economy,” he notes.

Smelters using coal-fired electricity are going to find it very difficult to place metal in the market during this decade, and Patel warns that this portion of supply could be excluded from the physical market and be trapped within the metal financing system.

This further points to price escalation, he suggests, and warns that the aluminium market “could see a decoupling between stocks in days of consumption as a barometer of market tightness and prices since a portion of inventories may not be wanted by physical consumers”.

However, a caveat to this argument may be a change of approach to emissions.

Patel suggests that, if the world shifts focus to the entire value chain (Scope 3 according to the Green House Protocol definition), rather than at segments of the industry, some high-carbon aluminium producers may be able to benefit from carbon rebates from emission savings further down the value chain.

Copper, along with many other commodities, has enjoyed a rapid recovery over the past year, initially on the back of a rapid recovery in consumption in China and, more recently, strong demand in other key copper-consuming economies such as the US and Europe.

Global Copper Markets research director Eleni Joannides says supply disruptions over this period provided further impetus, as did investor enthusiasm on the back of copper and aluminium’s relative medium- to longer-term demand prospects that will result from the decarbonisation of the global economy.

This interest is being intensified by the roll-out of ambitious spending plans of some of the world’s largest economies ahead of the twenty-sixth United Nations Climate Change Conference (COP26) in Glasgow, Scotland, in November.

She further suggests that the strong rebound in demand growth this year, together with a modest supply response, will result in a deficit and will underpin high prices.

However, Joannides warns that the upward momentum in prices over the past 18 months looks set to stall over the next few years as the legacy of the last period of high prices back in 2017, which led to a high volume of projects being sanctioned, is now coming to fruition.

“As above-average mine supply growth of close to 5% exceeds that of consumption over the 2022 to 2024 period, we anticipate several years of surplus and, as a result, rising inventories in terms of days of consumption will see copper prices under pressure once again.”

Joannides notes that “it will only be once stocks start to decline and deficits emerge” that prices can be expected to recover from the 2025 yearly average low.

While a green-driven post-pandemic recovery will underpin copper’s prospects over the medium term, she says some of this demand will be met by a rising share of direct use of scrap, driven by the flurry of high-quality scrap fed copper foil investments that are emerging to support demand from EV battery manufacturers.

“Even though we do expect copper prices to trend lower from 2022, a further two years of annual average prices above our long-term incentive price could encourage more mining projects to be advanced to help meet some of the requirements that are set to emerge,” she states.

Joannides, however, remains of the view that a long-term structural deficit in the market remains in place, particularly as, beyond 2025, an anticipated shortfall in global copper supply will emerge as the pace of supply growth slows relative to demand.

“Prices are expected to trade higher in reaction to these anticipated deficits and as accumulated inventories are drawn down and consumed. This should provide sufficient confidence to encourage producers to reactivate shuttered mines and undertake incremental expansions, mine life extensions and eventually develop projects that are needed to maintain a reasonable long-term market balance,” she explains.

The lithium and cobalt momentum that began last year has carried into this year, with EV sales having risen strongly in nearly all major markets year-to-date.

He explains that the chaos and disruption caused by the pandemic has been juxtaposed by increasing commitments from governments around the world to net zero, and from major original-equipment manufacturers (OEMs) to withdraw sales of internal combustion engine vehicles.

As an example, US President Joe Biden administration’s pivot to a more sustainable future has been accompanied by increasingly tangible moves by the country’s major automakers towards electric models, Montgomery says.

While this has generated correspondingly more bullish demand projections, he warns that it has not been the view that the market is likely to be adequately supplied across the battery raw materials complex over the medium term.

However, when deficits do start to appear – for most areas in about 2028 – they do start to grow quickly, given the aggressive uptake in EV adoption. Given the timescales required to bring on new mine supply, Montgomery says it is clear more investment is needed in the near term if EVs are to have any hope of becoming ‘mass market’ over the next decade.

For lithium in particular, rising EV sales and the renaissance of lithium iron phosphate batteries (LFP) have rapidly lifted the lithium market out of the doldrums it has been in since 2019.

“With the idling of some Australian mine supply last year and disruption to Chinese brine supply earlier in the year, the market quickly tightened over the first half of 2021, sending domestic Chinese prices for lithium chemicals surging,” Montgomery notes.

He explains that this bullishness soon spread to the seaborne market and the international spot prices for lithium carbonate and hydroxide have risen markedly.

The rally has likewise precipitated a scramble for feedstock from China’s non-integrated spodumene converters, which has lifted spot prices for spodumene concentrate up sharply from their lows of 2020.

However, while spot prices remain at extremely high levels, Montgomery warns that they are not entirely representative of the wider market which remains largely contract based.

“We do expect spot prices to trend downwards next year as more Australian mine capacity ramps up, allowing Chinese converters to increase output.”

Meanwhile, the ongoing tightness in the intermediates market for copper has been compounded this year by several factors, including pandemic-related restrictions, container shortages and civil unrest in South Africa.

Montgomery explains that the continued tightness has kept payables for cobalt hydroxide at high levels.

Based on calculations with prevailing spot metal prices, Montgomery says that payables have averaged over 85% since April of this year, which compares with an average of 65% in 2019 and 70% over 2020.

While demand for metal remains relatively weak still, higher production costs and increased use of briquettes and broken cathodes by sulphate producers has kept the spot market tight and prices at healthy levels.

With the Mutanda mine, in the Democratic Republic of Congo (DRC), confirmed to come back online, Montgomery continues to see substantial surpluses over this period.

In addition, the ramp up of other DRC operations, such as the Tenke Fungurume expansion and Mutoshi, and increasing output from the new high-pressure acid leach (HPAL) operations in Indonesia, will keep the cobalt market comfortably supplied, he says.

Beyond 2027, the rapid uplift in EV sales quickly plunges the market into steadily increasing deficits, he warns, noting that, while the addition of new Indonesian projects and CMOC Mining’s Kisanfu development have increased the pipeline of probable and possible projects, longer-term demand looks challenging to meet.