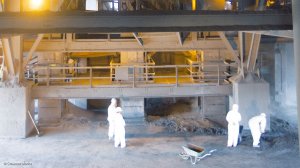 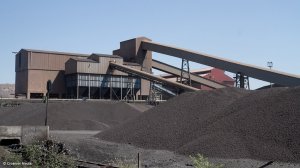 JOHANNESBURG (miningweekly.com) – The alloys division of Glencore Operations South Africa and Merafe have commenced a consultation process in terms of sections 189 and 189A of the Labour Relations Act (LRA) with employee representatives and recognised trade unions, the JSE-listed Merafe Resources stated on Friday.

Mining Weekly can report that retrenchment is a specific legal process governed by sections 189 and 189A of the LRA.

Merafe stated in a stock exchange news service (SENS) notice that the process had been embarked upon as a result of the worsening operating environment across the South African ferrochrome industry, including unsustainable electricity pricing. Despite significant investments in an attempt to make the operations more competitive, the parties had continued to come under substantial operational and financial pressures.

Merafe stated that the operations impacted by the process are Lydenburg Smelter, Wonderkop Smelter, Boshoek Smelter and Lion Smelter. The process would also impact the Eastern and Western Chrome Mines. The current consultation process in terms of sections 189 and 189A of the LRA at the Rustenburg Smelter, published on SENS on January 20, would continue.

Merafe stated that the parties viewed their engagement with the employee representatives and recognised trade unions of its operations as an ongoing process and all alternatives would be considered. Further updates will be issued as appropriate.

Mining Weekly can report that diversified mining company Glencore last month agreed to sell a 20.5% interest in Unicorn Chrome to Merafe subsidiary, Merafe Ferrochrome & Mining, for R32.2-million, enabling it to gain access to Unicorn’s shareholding in a chrome concentrate producer that extracts chrome concentrate from a tailings stream in North West.

Unicorn is also considered to be a valuable addition to Merafe’s chrome interests. The net asset value of Unicorn at the year ended February 29 was R21.2-million and it made a profit of R28.6-million for the year.

Merafe considers it as a long-term strategic investment to place the company ahead of its peers from an operational perspective.

In April, Merafe reported that attributable ferrochrome production from the Glencore-Merafe Chrome Venture decreased by about 3.6% year-on-year to 100 000 t for the quarter ended March 31.

In the same month, Merafe advised its shareholders that the European benchmark ferrochrome price had been settled at $1.14/lb for the second quarter of 2020, an increase of 12.9% on the $1.01/lb price in the first quarter of 2020.

The focus of Merafe, headed by CEO Zanele Matlala, is on the 20.5% participation of its wholly owned subsidiary, Merafe Ferrochrome & Mining, in the earnings before interest, taxes, depreciation and amortisation of the Glencore-Merafe Chrome Venture, in which Glencore has a 79.5% participation.