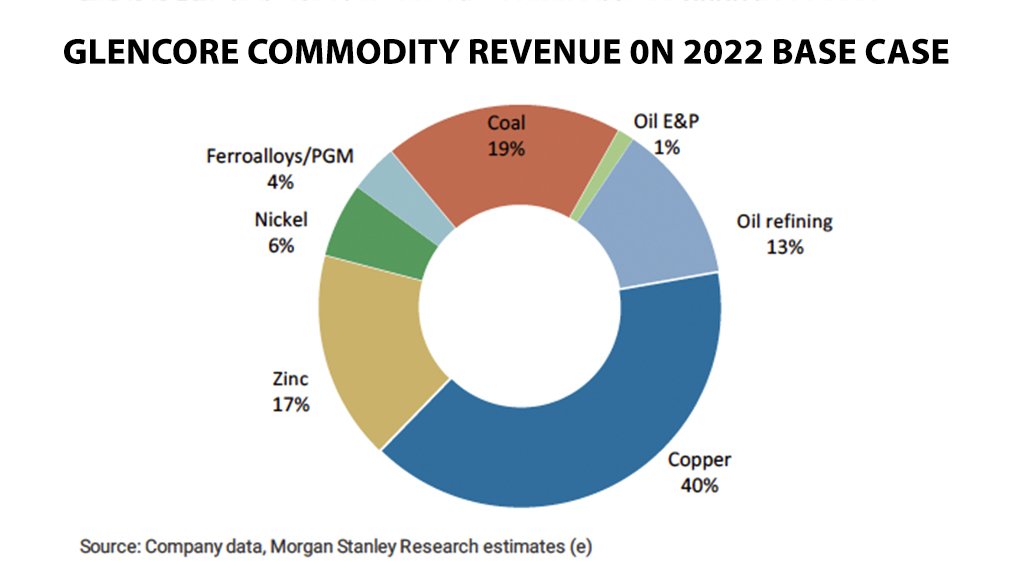 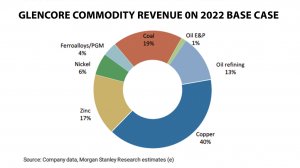 JOHANNESBURG (miningweekly.com) – Glencore is the leading major mining company when it comes to its portfolio of transition metals, says Deutsche Bank Research.

The bank’s research analysts afford Glencore a top 1-to-5 position in copper, cobalt, zinc and nickel – metals they describe as being central to the world’s decarbonisation efforts.

In more research on the London- and Johannesburg-listed diversified mining and marketing company:

Morgan Stanley Research says that, absent of meaningful supply growth, even its 'commodity-of-the-past' – coal  – can have sharp up-cycles and generate record margins; and

RBC Capital Markets describes its lack of iron-ore exposure at a time of falling iron-ore price as placing it in a differentiated position.

Over the medium term, Deutsche Bank Research sees Glencore’s transition metals business as a driver of the re-rating of its shares, along with the company’s low reinvestment needs, deleveraging and other self-help catalysts.

Deutsche believes further that Glencore’s commitment to halve its coal asset base by 2035 and deplete it entirely by 2050 should resonate with shareholders seeking real action on climate change.

It describes Glencore’s copper business as being undervalued and foresees more problem assets being shown the door.