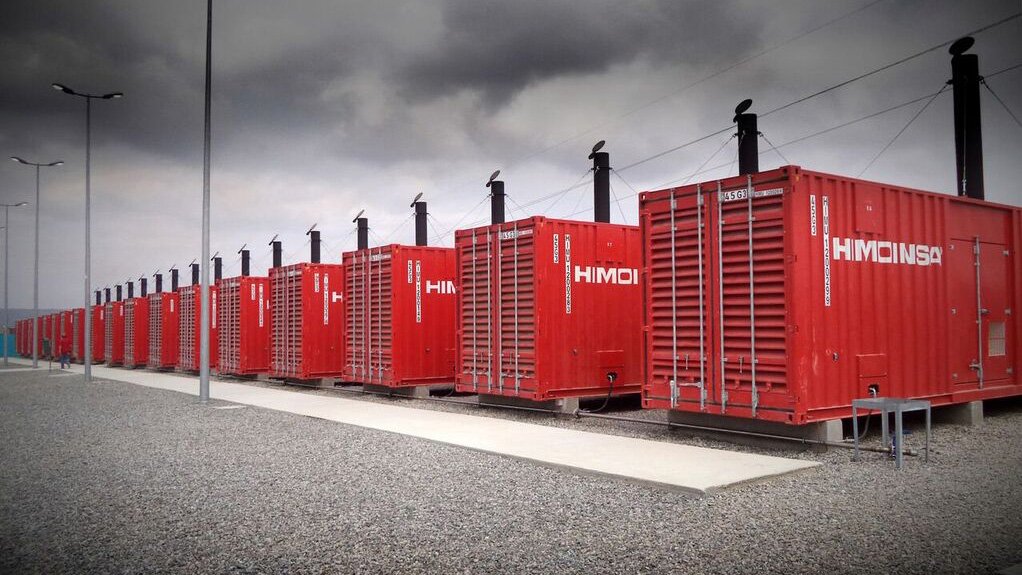 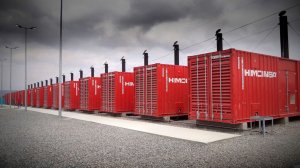 Power generation equipment developer Himoinsa’s new subsidiary, Himoinsa Southern Africa, will provide a base from which the company can develop its geophysical footprint in Southern Africa by expanding and supporting its existing distribution network.

The Spanish company, which is one of the five biggest generator manufac- turers globally, has been supplying its products to Africa for about 20 years through this distributor network. It has decided to expand its presence, having identified key growth oppor- tunities on the continent, where customer require- ments are well suited to its product range. At the end of 2016, it opened its first subsidiary in South Africa, based in Port Elizabeth, which will serve not only the local market but also Zambia, Zimbabwe, Malawi, Botswana, Namibia, Lesotho and Swaziland.

Himoinsa Southern Africa MD Martin Foster highlights that the new subsidiary will operate primarily as a base to provide more technical and after-sales support for Himoinsa’s existing distributors and dealers in Southern Africa, as well as facilitate the appointment of new distributors in key regions.

“Typically, our dealers and distributors have focused on the smaller-scale industrial market, which uses only the 200 kVA and smaller-capacity generator sets in our product range,” he says.

However, increasing the company’s presence in the African market will enable them to upskill their capabili- ties in terms of being able to support larger-scale installations for standby or primary power, as well as provide enhanced technical expertise and speedy delivery of parts, which will ensure faster turnaround times on sales and after-sales, Foster explains.

The Port Elizabeth sub- sidiary will also maintain large stock levels of various generator sizes, ensuring that products are always readily available to dealers. Bespoke orders that will be manufactured in Spain will also receive additional local support to ensure their quick and efficient delivery.

The company’s generator sets are imported fully assembled from the main production facility in Spain, where they are manufactured as a global product that meets the various quality standards implemented in the different regions that Himoinsa services.

Following a positive market response to its presence in the country, however, Foster highlights that the company will consider implementing a level of localisation in its operations.

Meeting Local Needs Foster points out that, while the reliability of a country’s national grid is a major factor affecting demand for standby power products, it is not the only driver, as about 80% of the world’s generator market is accounted for by standby power systems for critical applications such as hospitals, police stations and manufacturing facilities.

The standby power market in South Africa is large, with $155-million worth of gene- rator sets imported in 2015, making it the African country with the greatest demand in the power generation market. Foster notes that much of this demand for generator sets comes from some of South Africa’s largest sectors – such as construction, quarrying, agriculture and mining – which often operate in areas that have unreliable grid connections or run completely off-grid.

Foster highlights that Himoinsa offers a number of options that it believes will prove highly successful in South Africa. The company’s dedicated range of rental generators, for example, provide a unique offering in the local market and are specifically designed for ease of movement, economic fuel consumption and longevity. “These units are particularly useful for the construction industry, as generators can be moved easily from site to site.”

Further, the company’s HPS 1500DCV and HPS 3000DCV hybrid generator sets have been designed specifically for use in the telecommunications industry to maintain reliable power supply to base stations and data centres. Foster highlights that as these stations are often in remote, off-grid locations, where they completely rely on generators for power, fuel efficiency is a key concern.

Himoinsa’s generator sets are developed with a variable- speed engine, enabling them to offer a fuel saving of up to 40%, compared with traditional diesel engines. In addition, they can be operated remotely, with functionalities such as a global positioning system, a fuel level alarm and remote management and control for gathering and recording data. The units can also run with either alternating current or direct current, each housing the inverter, batteries, engine and power control module.

The units have proven highly successful in countries such as Mozambique and Tanzania and Himoinsa is securing field tests in South African with major telecommunications companies, after which it is confident that it will be approved as the local supplier.

Moreover, Himoinsa manufactures diesel and gas generator sets designed to be integrated with photovoltaic systems and batteries to significantly reduce fuel consumption, operating costs and carbon dioxide emissions, and ensure that solar resources are effectively harnessed in places with a high degree of solar irradiation.

Himoinsa’s generator sets are also available with a special kit that allows for longer maintenance intervals of up to 1 000 hours. Among other improvements, the kit includes a larger tank, which supplies extra oil to the engine. While fuel and oil consump- tion remain the same, the cost of filters is significantly reduced, and so is the downtime when the equipment is out of operation for maintenance. For this reason, the kit guarantees less waste oil and, therefore, reduced environmental impact.

The award recognises Himoinsa’s ability to grow organically through improvements to its distribution channels or new product development, and inorganically, through acquisitions and commercial agreements that guarantee the company's long-term growth.

According to the judging panel, Himoinsa’s geographic expansion, with the opening of new subsidiaries and factories, provides the company with a real-time overview of events in the markets in which it is active. The company's flexibility to respond to customer needs enabled it to grow 15% globally in 2015, while the industry as a whole saw single-digit growth.