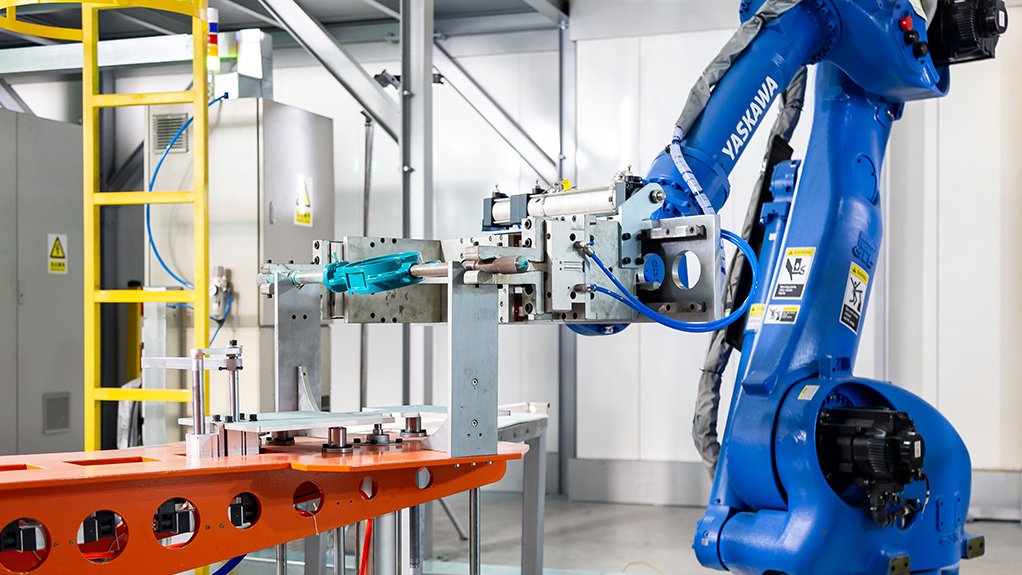 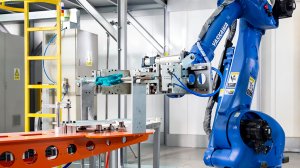 Most modern robot technology in the production process of the GEMÜ R480 butterfly valve.

In-house machining and coating of valve bodies and discs is expanding the manufacturing capabilities and is a further important step towards a global production concept.

To achieve this, the manufacturing capabilities have been significantly expanded in order to further increase the effect on production steps that are decisive for quality. In concrete terms, this means that GEMÜ has specifically invested in the mechanical machining and coating of the valve bodies and butterfly discs, and now carries out these production steps themselves in their own Butterfly Valve Production Center with the assistance of state-of-the-art technology.

In recent months, a new fully automated coating system was fitted and commissioned for this purpose. In addition, GEMÜ has developed a special manufacturing and clamping concept that can be used to achieve narrow shape and positional tolerances.

Furthermore, in recent months, an interdisciplinary project team made up of German and Chinese specialists at GEMÜ Valves China was working intensively on the fine adjustment of the individual parameters in order to optimize the production processes. Now that this work is complete, the expanded GEMÜ production centre has started up its activities.

This has laid the foundations for the latest generation of the GEMÜ R480 Victoria soft-seated, butterfly valve to be produced in accordance with the most stringent quality requirements at the new butterfly valve competence centre in Shanghai, China with immediate effect.

GEMÜ Valves China was founded back in the year 2000 and is one of the largest subsidiaries of the GEMÜ Group. Even before expanding production capacities, the company in Shanghai was one of GEMÜ's most state-of-the-art factories. Thanks to the continued investment in employees, design, production and logistics, GEMÜ Valves China is an important site in GEMÜ's global production concept.