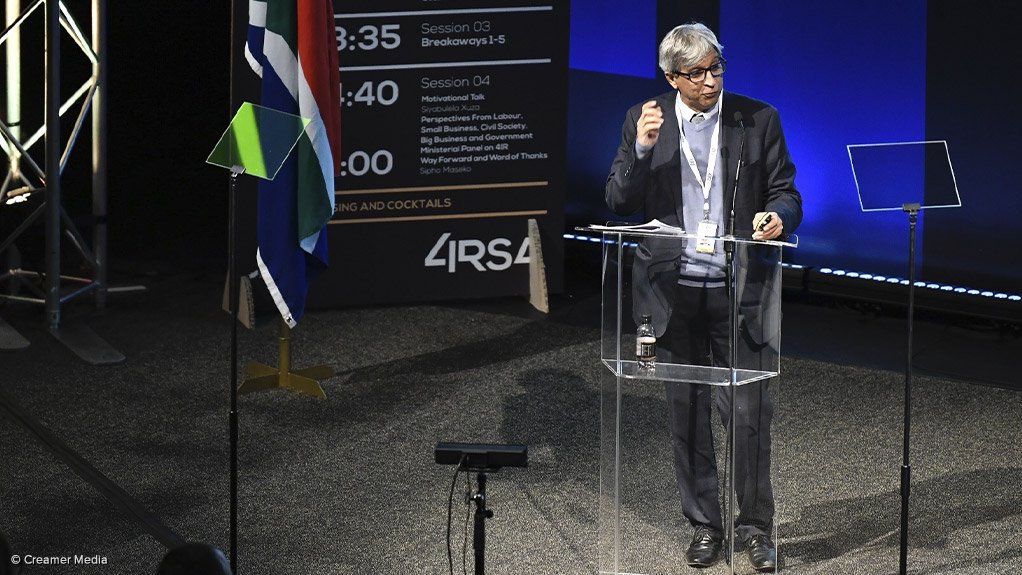 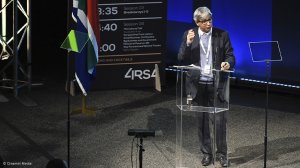 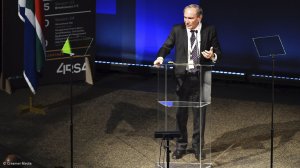 South Africa’s response to the Fourth Industrial Revolution (4IR) must be integrated and comprehensive, involving all stakeholders of the global polity, from the public and private sectors to academia and civil society, Gauteng Premier David Makhura said on Friday.

He spoke at the inaugural Digital Economy Summit, which was held in Midrand. The event was finally held after years of anticipation by stakeholders that government would take action to create digital policy and direction.

Makhura quoted the Word Economic Forum which has estimated that 65% of children entering primary school will find themselves in occupations that do not exist today.

“We, in South Africa, are also moving fast to a future in which 41% of current jobs will be rendered obsolete by automation, while 35% of skills that are considered important in today’s workforce will have changed beyond recognition and others would have disappeared completely,” said Makhura.

He added that if developing economies were to grow, they would have to implement policies that equip people with the skills required to operate and develop new technologies.

The workforce of the 4IR must know how to write and read computer codes and work in conjunction with sophisticated hardware and software.

Makhura said there was evidence that many sectors of the South African economy were undergoing a digital transition, although not at a fast-enough pace. For example, the average information communication technology intensity of jobs in South Africa had increased by 20% over the last decade.

Another example is the Gauteng provincial government, which has set up a Department of e-Government, towards a knowledge-based and digital economy.

In Gauteng specifically, Makhura noted that government had invested in the roll-out of broadband to peripheral and deprived communities in the province to address the danger of digital exclusion, digital poverty and digital inequality, in an already economically unequal society.

He said that more than 85% of Gauteng households had access to a functional cellular phone and 65% had internet connectivity, which he added has had a positive impact on the gross domestic product, business environment and quality of life for citizens in Gauteng.

“The demand for digital skills is massive and we are already collaborating with major technology companies and our universities to train one million young people with digital skills through our Tshepo 1 Million programme. We are also working with our universities and private sector centres of excellence to build enduring and agile innovation ecosystem.”

The partnership, comprising the University of Johannesburg, University of Fort Hare and Wits, had since brought on board more partners, including the Department of Communication and Digital Technologies, consultancy Deloitte, mobile operator Vodacom and technology manufacturer Huawei.

Habib said the dialogues around 4IR are often unconnected, divergent and not fact-based. Moreover he said it was not only a technology discussion, but also a socioeconomic one, with the end goal being how to create a more inclusive, fair and just society.

He noted the challenges and opportunities that South Africa particularly has in the context of developing 4IR policy. Habib said the country needed to consider how 4IR could make it more competitive in a global economy, while acknowledging that some jobs would be wiped out, while many more new jobs would be created.

Habib further mentioned that South Africa’s cyberphysical boundaries would change, which would in effect reshape society, the State and the citizen, and the relationship between them. “4IR will also give us the opportunity to leapfrog in the era of development. We need to consider which new sectors will emerge and how small enterprises will access the global market.”

Throughout 2018, 4IRSA Partnership held workshops to gather information from heavy industry/mining, agriculture and financial sectors, which should help to inform the Presidential 4IR Commission that President Cyril Ramaphosa instigated in April.

US geopolitical forecaster and international affairs strategist Dr George Friedman suggested that the industrial revolutions over the years had had some negative impacts across the world, hurting some countries and helping others, in many ways.

He said South Africa should be cognisant of the fact that 4IR might not be the “Messiah” that the suppressed underclass has been waiting for to solve unemployment, inequality and poverty.

“The only certainty of 4IR, as with the other revolutions, is that it will be different from the previous one.”

Friedman added that South Africa could not afford another round of disappointment; for now, the task should be to build technology, while taking advantage of the opportunity for large scale population that can be built into businesses. “A vision needs to be embedded in the geopolitical reality; this is an opportunity for South Africa to take advantage of.”