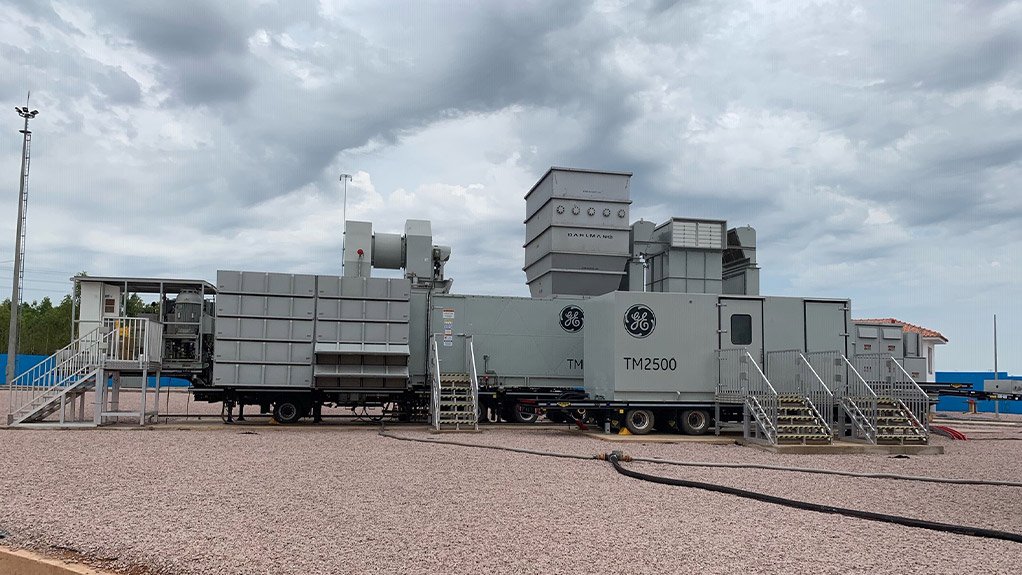 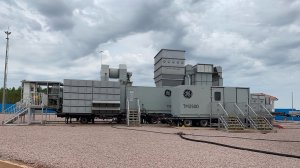 She tells Engineering News that gas could also potentially replace oil – its costlier and less environment-friendly counterpart – for use in power generation in most countries.

“We’ll see the generation mix continue to shift substantially more towards renewables, but natural gas generation complements the mix best through its being dispatchable, flexible, affordable and fast power.”

According to the Oxford Institute of Energy Studies 2019 ‘Opportunities for Gas in sub-Saharan Africa’ report, the liquid petroleum gas (LPG)-to-power solution should be fast-tracked to counter rising power unavailability. Moreover, a rise in energy demand, owing to cooler weather conditions in South Africa, should be expected.

Nigeria, Angola, Tanzania, Mozambique and Senegal have gas reserves that are large enough for export to neighbouring countries, while Equatorial Guinea, Angola, Nigeria and Cameroon are key exporters of liquefied natural gas (LNG).

Dlengezele-Motsitsi asserts that these opportunities in gas present the potential use of aeroderivative gas turbines such as GE’s trailer-mounted turbine, the TM2500.

The TM2500 turbine is a re-engineered jet engine that would normally power a large aircraft. GE calls them “aeroderivatives” because of their aviation pedigree, as each turbine can generate up to 35 MW. Notably, the containerised TM2500 can be brought up to full power in as little as ten minutes.

The turbines are borne from market-leading technology developed by GE Aviation, and their jet engines comprise a fan to provide thrust, a compression section to bring air to high pressure, a combustion chamber where fuel is injected and the turbine section where combustion gases are expanded.

GE’s aeroderivative portfolio features highly flexible and mobile technologies for use in a variety of applications. Aeroderivative gas turbines provide cleaner and more affordable power, support grid stabilisation and have lower emissions. They can also be installed quicker – in as little as a few weeks – to help alleviate frequent outages, making them especially well suited to countries in Africa.

Aeroderivative gas turbines offer a variety of fuel options – including LNG, LPG (propane and butane), isopentane, ethanol, diesel and coke oven gas. This allows for the harnessing of fuels from different sources and the switching between fuels when economically more viable without shutting down.

The turbines also yield better efficiencies through rapid response to grid frequency fluctuations and combined-cycle capability, which results in better use of fuel. Lubricant oil consumption is also significantly lower when compared with reciprocating engines, for example.

The company’s gas generation equipment was responsible for the more than 600 MW of power recently added to Ghana’s grid. It also plans to develop an additional 900 MW in the next two years through projects such as the 400 MW Bridge Power project, in Tema.

The project will be powered by the TM2500 aeroderivative gas turbine gensets and GE’s steam turbines in a combined- cycle configuration. This will be the first time that the turbines will be used in such a configuration globally, which marks a milestone for the technology. The project is expected to provide enough electricity for the equivalent of up to 17% of Ghana’s installed capacity.

Further, the Atuabo waste-to-power independent power project will be the first TM2500 plant to use otherwise flared isopentane gas as a fuel source, while three units of the TM2500 gas turbines are strengthening uninterrupted power supply to oil and gas refinery Port Harcourt Refining Company in Nigeria.

Meanwhile, Dlengezele-Motsitsi highlights that GE has delivered on programmes for supplier development, in addition to scholarships and internships for engineering students, with a particular focus on female engineers.

“GE is leading transformation in the power industry and the company will continue to work collaboratively to accelerate progress through partnerships between government and private investors,” she concludes.