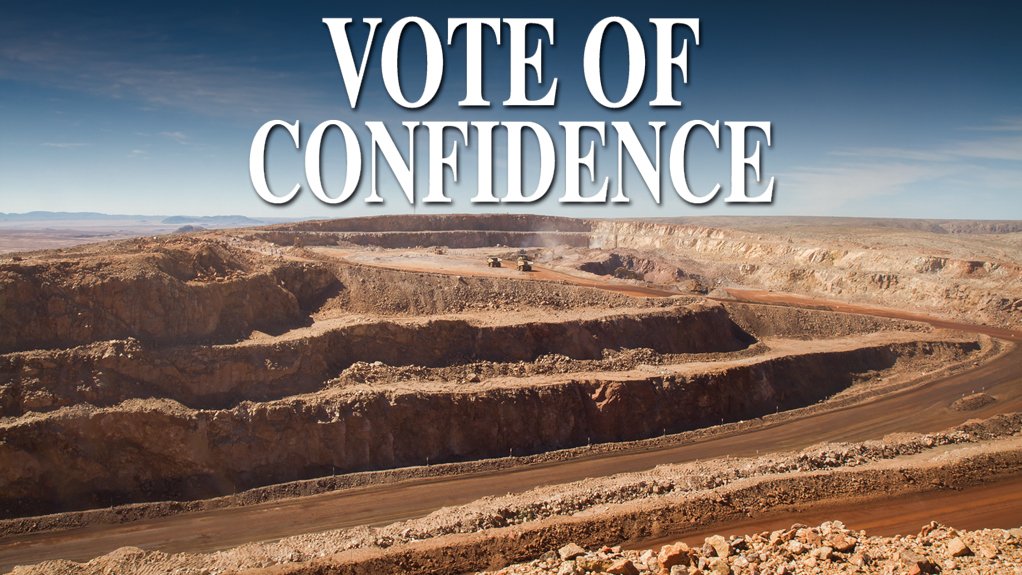 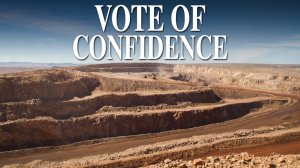 Amid low levels of capital project activities in South Africa, the $400-million Gamsberg zinc and lead project, in the Northern Cape, has become the largest mining project under execution in the country.

“Commentators have noted that this significant investment in the South African mining industry comes at a time when few other companies are investing – in mining and in South Africa. This investment signals a strong vote of confidence in the mining industry, in zinc and in Africa by the Vedanta group, says Vedanta Zinc International CEO Deshnee Naidoo.

From the discovery of the zinc deposit in 1972 and its not being developed into a mine by various mining companies for more than 40 years, the project – a flagship development for Vedanta Zinc International – is well under way to reach first production by mid-2018, to ramp up to full production within 9 to 12 months thereafter and feed into a global supply-demand gap.

Gamsberg has reserves and resources of 214-million tonnes, with an average grade of between 6% and 6.5%, and an estimated life-of-mine of 30 years.

The mine will comprise an openpit and a concentrator plant, with an ore feed rate of four-million tonnes a year. It will also consist of associated infra- structure, including a tailings dam, a waste rock dump and stockpiles, offices and workshops, a power transmission line from the Aggeneys substation to Gamsberg, a water pipeline and an access road from the N14 to Gamsberg.

“While the first phase of the project targets only a quarter of the total resource, this phased approach greatly reduces the risks of project execution and [enhances] project success. [Further,] for us, an efficient and careful capital allocation has been a key success factor,” Kumar enthuses.

He also stresses that, through Gamsberg, Vedanta Zinc International is investing significantly, with 80% to 85% of project capital expenditure committed and most of the equipment orders already awarded to local companies.

“Significant attention and effort have gone into working with black economic- empowerment (BEE) entities, and into ensuring that local communities benefit, particularly from the employment opportunities,” Kumar emphasises.

With construction currently peaking at the project, more than 1 600 people have been employed on site. Of those deployed, more than 55% are from local communities.

GAP FILLER
“Vedanta Zinc International is excited to develop this project when we see zinc price fundamentals being good. The project is well timed to ensure that we feed into the global zinc market supply-demand gap,” Kumar enthuses. He reiterates that zinc prices have been strengthening on continued supply deficits and declining inventories.

Once fully operational, Gamsberg will be among the top five zinc mines worldwide in terms of volumes.

Further, in the past two to three years, several significant mines, such as Vedanta’s Lisheen mine, in Northern Ireland, and Australia-based MMG’s Century mine, in Queensland, have come to the end of their operating lives. Paired with planned and unplanned output reductions by some operations, this has resulted in a global deficit.

Yet, as global demand has been steady, with yearly growth rates at 2.5% to 3%, new mining projects will only be able to partially fill this gap, Kumar acknowledges.

Therefore, overall, the company envisages that demand will outstrip supply, and this will support prices at higher levels, Kumar notes.

“With construction activities starting to peak, our focus will now be on operational readiness in anticipation of the commissioning of the project,” he tells Mining Weekly.

Kumar notes that critical equipment, such as the semiautogenous mill, the ball mills and the motor mills, is expected to arrive on site by early November.

Gamsberg will aim to achieve about 50.5% zinc in the metal concentrate.

Jacobs says new technologies to be applied at the concentrator plant include the use of staged flotation reactant rather than conventional zinc flotation, while the group will drive digitalisation of the plant operations.

“We want to set up this concentrator to be the plant of the future and, therefore, we will cover the whole plant with a WiFi mesh” to enable the operation of the plant using hand-held mobile devices, she elaborates.

Of the associated infrastructure, more than 20 km of the 38-km-long water pipeline from the Orange river offtake at Pella has been installed. The main 45 mVA transformer for the power line has arrived and has been installed on site.

Conductor stringing for the main power supply from the nearest substation belonging to State-owned power utility Eskom has also reached an advanced stage.

Further, almost 30% of the 1.5-mm-thick, high-density polyethylene lining for the 110 ha tailings storage facility has been completed. Vedanta Zinc International aims to complete about 10 000 m2 of lining a day or about 60 000 m2 of lining a week.
Construction of the tailings dam is being undertaken by one of South Africa’s largest BEE construction companies, Liveiro Civils; the facility was designed by consulting firm Knight Piesold.

Following completion of the lining, focus will shift to construction of the central drainage system, the 25-m-high concrete tower for the main drain of the facility, the silos and the perimeter walls. A closed-loop water system will be established on site to allow for water reclamation and reuse.

“We should be ready to receive the tailings by March 2018, well before the concentrator plant processes the first ore,” Kumar says.

As between 850 and 900 people will be employed permanently once Gamsberg is in production, the project scope includes the phased construction of 350 employee houses in Aggeneys. Currently, construction of the first 112 houses is under way, with about 20 houses already completed.

BIODIVERSITY DRIVE
Key to Vedanta Zinc International is its biodiversity drive, as the Gamsberg project falls in the ecologically sensitive Succulent Karoo Biome – one of the world’s 35 biodiversity hot spots. This region contains more than 400 unique succulent plant species and, within the Gamsberg ecosystem, there are about 397 plant species, of which 16 are recognised as endemic.

“To balance the socioeconomic benefits of developing the Gamsberg project with the need to preserve the unique biodiversity of this arid zone, Vedanta Zinc International has developed – in compliance with the Vedanta Sustainable Development Framework and expert external inputs – a clearly defined biodiversity action plan,” Kumar emphasises.

Key actions in the company’s biodiversity drive to date include the harvesting of almost 85 000 plants, which will be relocated in the future to other nurseries and botanical gardens. The company also donated plants to the South African Biodiversity Institute and the Karoo Desert National Botanical Garden. Further, it collected more than 300 000 seeds for storage in the Gamsberg nursery seedbank for future germination.

Kumar also highlights the start of the implementation of a biodiversity offset agreement between the company and the Northern Cape Department of Environment and Nature Conservation. “The agreement involves Gamsberg’s purchasing and handing over more than 12 500 ha of substantially intact land to offset the impact of land disturbed by Gamsberg’s development,” Kumar says.

Vedanta Zinc International has also partnered with global organisation the International Union for Conservation of Nature (IUCN) in compliance with the biodiversity offset agreement, which involves a regular, independent review of progress by the IUCN, Kumar explains.

FLEXIBLE FUTURE
In terms of Phase 2 of the Gamsberg project, Kumar notes that, from the way Vedanta has approached and invested in the design and execution of Phase 1, the company envisages that the execution of the second phase should be faster and more efficient.

Depending on market conditions, Phase 2 could start as soon as Phase 1 has been completed.

Depending on market conditions and other factors, including regulatory support, Gamsberg may also warrant its own refinery in future, Kumar adds.

Naidoo emphasises that the company envisages Gamsberg and its operations at Black Mountain Mining, in the Northern Cape, as being part of a bigger and broader natural resources complex.

“Gamsberg is potentially the start of significant investment by Vedanta – not the end,” she concludes.